The biggest addition coming to Apex Legends Season 9 is the brand new Arenas mode, a 3v3 round-based mode complete with an economy system. Notably, players begin each round with fresh equipment – unlike CS:GO and Valorant, players can’t hold onto their old weapons from the previous round. This is the first time Respawn Entertainment has introduced a mode to the game that is separate from Apex Legends’ main battle royale mode.

To accommodate the smaller player count, each of the five maps has been designed to focus on one set area. There are currently two new maps, plus an additional three maps taken from the battle royale levels: Artillery from Kings Canyon, Thermal Station from World’s Edge, and Golden Gardens from Olympus. Matches in Arenas have been designed to be short experiences that last around 15 minutes on average.

While your battle royale skills should take you far in Arenas, you’ll need to pick up a few more tricks if you want to dominate with your squad. Here’s everything you need to know before you play Arenas mode in Apex Legends.

How to win Apex Legends Arenas

To win a game in Arenas, teams must win at least three rounds and be ahead by two points. This means games can be as short as three rounds, or as long as nine depending on how evenly matched the squads are. As each round progresses, players are awarded more materials, giving them access to better weapons. Upgrading your weapons gives you the next tier of all the attachments at once, though you do have the option of selecting a different optic.

Using your materials at the start of each round, you must pick between purchasing weapons, consumables, and abilities. Certain characters have stronger abilities which cannot be purchased in the early rounds due to their high cost. Players will still need to contend with the ring as it closes in as time passes. Likewise, a care packaging containing three upgraded weapons will fall at some point in each round.

Always buy a long ranged weapon in the first round

At the start of each round, each player is given a P2020 and Mozambique for free. Almost any weapon can be purchased using your starting material balance of 550. You might be tempted to go for a classic no-buy pistol round in the first round, but this is always a mistake. The other weapons are very powerful in Apex Legends, especially compared to the two stock pistols. 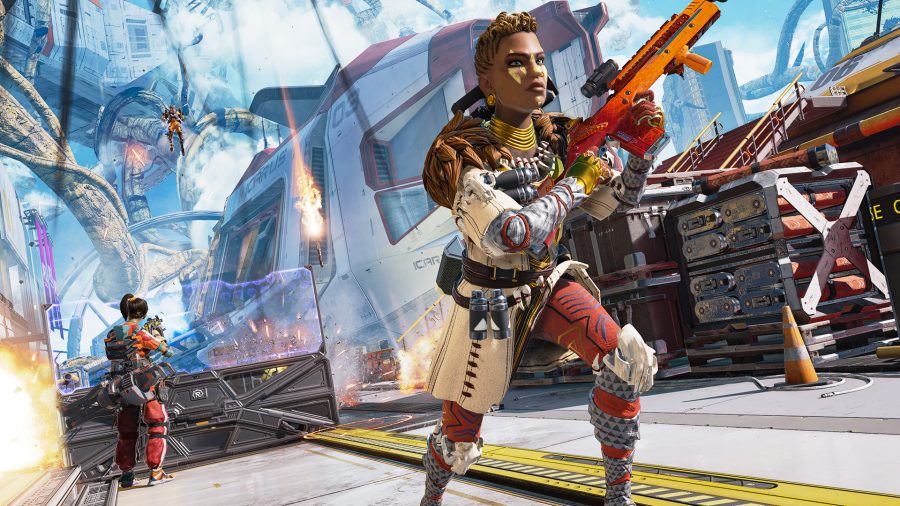 The maps in Arenas may be small when compared to the battle royale versions, but they are still surprisingly large. Always purchase a long ranged weapon to give yourself a chance in combat. Remember, healing resources are limited in Arenas, so any bits of damage you manage to deal will add up in the long run.

There are so many items to choose from in the buy menu that could help you on the battlefield, but a secondary weapon isn’t one of them. Weapons are premium items and they come priced as such – as a result, it’s very difficult to justify the materials for a gun you won’t use. By default you’re given a P2020 or Mozambique; use one of these weapons instead to finish off enemies after emptying a mag.

You’re better off upgrading your primary weapon or purchasing Shield Batteries for around the same price as an Alternator. Don’t forget to loot both your enemies and teammates, as they likely have spent the majority of their money on a powerful primary weapon.

This may seem like a no-brainer to any CS:GO players, but it’s vital to spend your materials wisely. It’s important to coordinate with your squad to ensure each player is kitted out equally. If your squad has opted to save their materials for later rounds, your game plan can be adjusted accordingly. Communicate with your squad members to ensure everyone is spending their resources wisely.

Every player has 30 seconds to decide what they want to buy from the shop, but you don’t have to stay in this menu once you’ve spent your money. Click close in the bottom right corner to move around the starting area. You might only save three seconds, but that’s enough time to reach certain locations faster than your opponents. If you have the drop on your opponent, you can use this advantage to take your enemy out of the game. 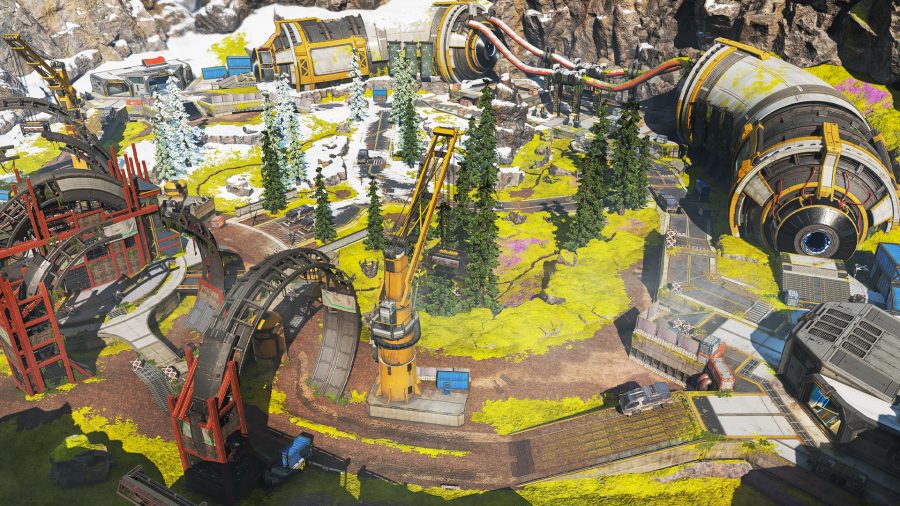 In our experience, most players ignored the incoming care packages, crafting materials, and supply bins, because they were too focused on hunting down enemies. Snatching the crafting materials from bright orange canisters will earn your team an extra 200 materials. This can really add up, especially in the early rounds when materials are limited.

Care packages are harder to target, but you may be able to utilise your Legend’s abilities to help you snatch these items first. Bangalore’s Smoke Launcher can make it difficult for your enemies to shoot you as you raid the care package. If you want to play it safe, Loba’s Black Market Boutique ultimate can steal these items from a distance without having to worry about nearby players.

The Apex Legends tier list doesn’t quite apply here; almost all of the characters have been altered slightly to make them less powerful in Arenas. The biggest change from the battle royale mode to Arenas is the lack of ultimate abilities. Players now have to purchase their abilities, and these costs can mount up depending on your character.

Be sure to utilise powerful ultimate abilities like Horizon’s Black Hole or Bloodhound’s Beast Of The Hunt as they are only available for a limited time. There’s a reason certain ultimates are expensive – build a game plan around power ultimates as you can easily win games with a basic strategy. We highly recommend using Horizon’s Black Hole with Arc Star grenades to deal lethal damage in seconds.

And that’s all we have for tips on Apex Legend’s new mode, Arenas. As the meta continues to evolve, we will add more to this guide to keep you up to date with the latest information. Be sure to check out our Apex Legends new legend guide which focuses on Valkyrie, the daughter of the Titanfall 2 boss, Viper.