There’s plenty afoot in the world of videogames, and it’s not all about esports and loot crates. Countless developers are chipping away every day at passion projects, sometimes with a studio, but often times alone. And it’s this legion of hard-working indie devs who have come up with some of gaming’s biggest ideas in recent years – recall that battle royale, which is probably 2017’s most important gaming trend, began as a humble Arma mod.

So here at PCGamesN we like to take a little time each week to see what’s going on in the indie scene by slipping quietly into the #ScreenshotSaturday hashtag and returning with a few of the games currently in development that we think look exciting.

It’s been a few weeks since we ran one of these, so apologies for that! But you can check out our last roundup here, and keep an eye on this space for more promising indie games in the pipeline.

There’s always room for the next big indie hit. Check out our list of the best recent indie games.

By Twin Otter Studios, no due date

Twin Otter Studios is a brother and sister team out of Texas who have taken their love of ’90s RPG classics on the SNES and Playstation and poured it into a charming-looking tactical fantasy game called Arcadian Atlas.

They’ve certainly nailed the look of the era, with gorgeous art and animation, and an isometric perspective that should be instantly familiar to anyone who played Tactics Ogre back in the day. Arcadian Atlas is promising a deep class and skill system, and the hook is that they want players to feel invested in their character’s career choice. You won’t be able to change classes during the game, but you will be able to meaningfully evolve their roles as you play and level up, eventually unlocking the ability to choose between two advanced classes for each starting class.

Ancient Cities is a fusion of colony management and survival set in the neolithic period of prehistory. You’ll have to help a small tribe of Stone Age humans as they forage for food and build a village in what Uncasual Games calls an “unforgiving fully simulated environment.”

This is an interesting spin on the city builder, since Ancient Cities is expressly set before humans had dominated nature and were far more sensitive to changing seasons and scarce resources. You’ll have to judge not only where to place settlements, but also when it’s time to up stakes and follow the herd or flee from the winter.

It’s an impressive-looking project, and you can keep up with development on the official Twitter account, where the studio regularly posts gorgeous screenshots.

By IdeaThing, no due date 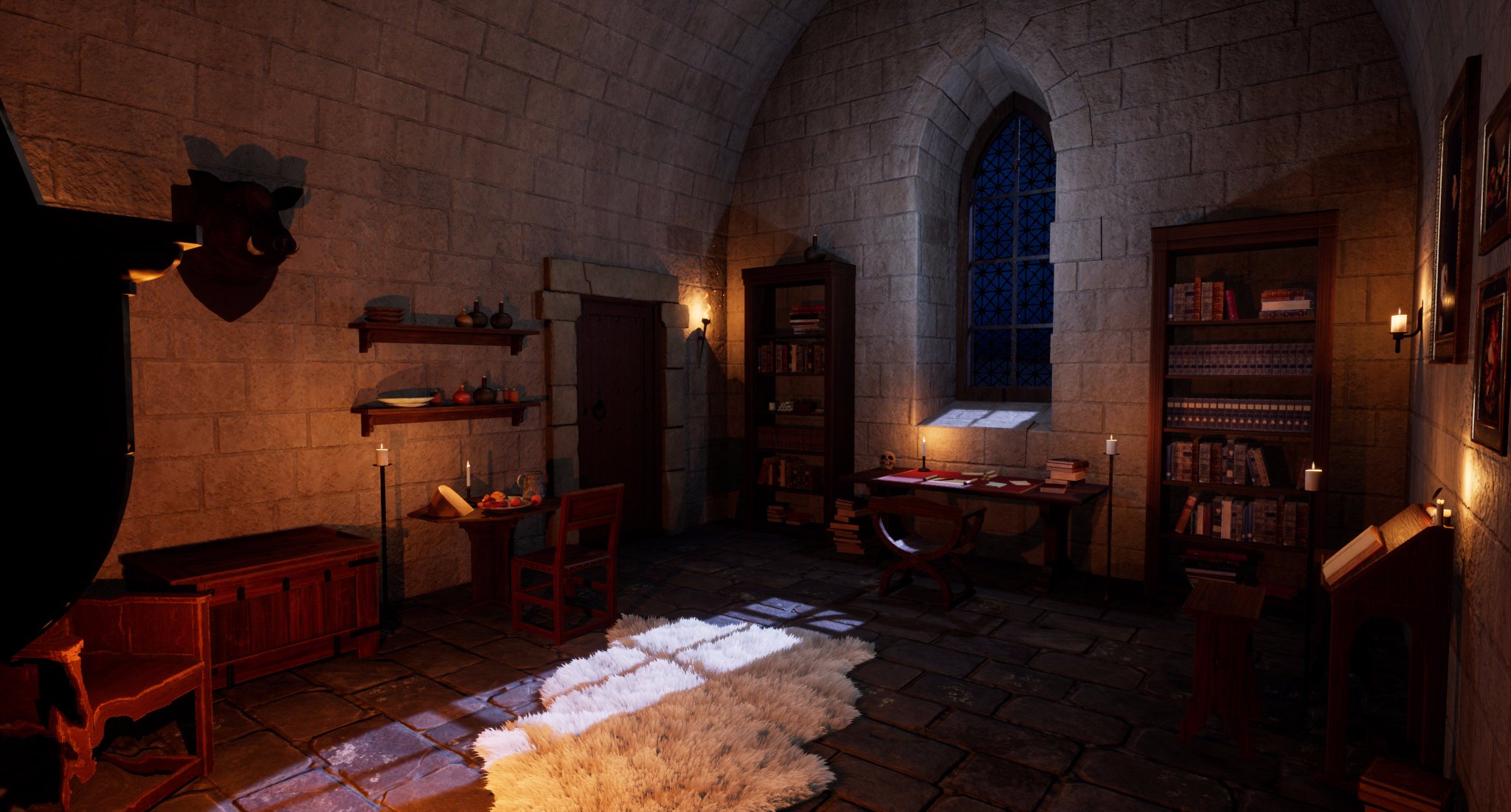 Not exactly a game so much as a psychology tool that uses game technology, Memory Castle is a project by a developer in Italy to help improve memory. Built in Unreal Engine 4, Memory Castle will allow players to put together their own set of rooms, complete with furniture and knicknacks, and then add memories to the objects and walls to create strong associations in their own minds.

The concept is based on the “method of loci,” which dates back to ancient Greece and Rome and was used by rhetoricians to help remember long treatises or speeches. In Memory Castle, you’ll be able to write down thoughts on parchment sticky-notes and put them on the walls, or associate certain ideas with specific objects you place in your room. You’ll also be able to add doors and additional rooms, so it’ll be possible to create broad categories if you’re so inclined.

By Space Crab Development, no due date

Sure, the phrase “old school RTS” is music to certain ears, but what immediately stands out about Mars 2000’s trailer is the distorted narrator, who sounds like a good-natured but uncaring robot supervisor of some kind.

The dieselpunk Martian setting is pretty perfect for a game that’s hoping to harken back to original Dune and Command & Conquer games, and the game seems to have its own very distinct sense of humor.

There’s not a lot of information available on Mars 2000 yet, but if you’re interested you can follow the game on Twitter, or support it on Patreon.

By DeadToast Entertainment, no due date

The first version of My Friend Pedro was a sort of ho-hum QWOP-ish browser game that launched on Adult Swim’s site back in 2014. DeadToast is making a standandalone game that’s set to launch on Steam through Devlover Digital, who seem to have a bit of a thing for absurdity and violence.

The game features a weird combination of bullet-time shooting, side scrolling, and ballet – you can piroutte on a rolling explosive barrel while firing rounds at bad guys, and the goal seems to do everything in as cool-looking a fashion as possible. This seems like the kind of game that would appeal directly to John Woo’s brain stem.

There’s no information on pricing or release date yet, but you can check out the game’s Steam page or follow developments on DeadToast’s Twitter.

And that’s a wrap! Got any favourites you want to share? Post them in the comments below. If you’re a developer and want to see your game here,tweet about it on #ScreenshotSaturday.