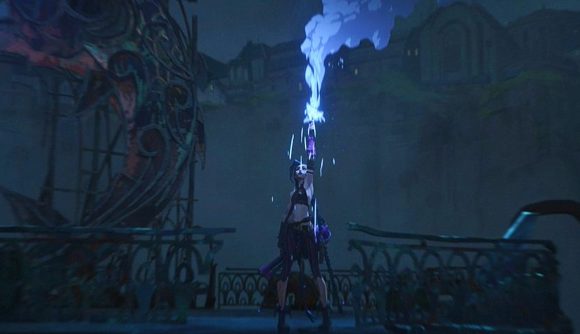 While Riot’s League of Legends animated spin-off show Arcane has been taking Netflix by storm this month, we’ve not been able to binge on all episodes in one big, greedy go as the platform has been releasing them in sets of three at a time. The first three episodes came out on November 6, and the next three on November 13. It means we’ve had to wait to see how this season ends, but we don’t have to wait too much longer.

The Arcane Act 3 release time is 12am PT / 3am ET / 8am GMT on November 20. Riot has confirmed the details on Arcane’s official Twitter account, adding that the final batch will also include three episodes just like the other two acts. That means, all in all, the season has been nine episodes long. You may have to stay up late or wake up early wherever you are, but it may be the best way to avoid unwanted spoilers.

We also have Riot x Arcane’s final phase this week, a chonky, multiple-game spanning event that celebrates the debut of League of Legends’ show. Undercity Nights introduces more unlockable stories to the studio’s flagship MOBA through the interactive Council Archives experience. You’ll get to unlock Vi’s stories and a unique Arcane Vi skin this time around, which can be earned by playing three games or winning one.

Elsewhere in League of Legends, the start of Preseason is here, which means some items are a tad good right now, to put it mildly. You can catch some of the most gloriously ‘broken’ Champion and item combos over on The Loadout.

Welcome to the era of LEGENDS.

If you want to know what’s coming in the next League of Legends patch, though, you can keep tabs on LoL patch 11.24 at that very link. If you’re looking for the best Netflix TV series to binge, our sister site The Digital Fix has a few options for you.