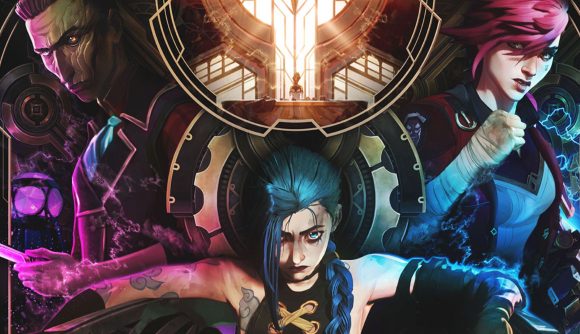 This last stage of the Riot X Arcane event is called Undercity Nights and is live from now until November 20, marking the lead-up to the Netflix show’s season finale. For the studio’s flagship MOBA game, there’ll be the chance to keep unlocking stories through the interactive Council Archives experience, through which players gain insight into Arcane’s key characters. In this phase you’ll be able to unlock Vi’s stories. Alongside this, as of this week you’ll get the chance to nab the Arcane Vi skin, which you can earn by playing three games of League of Legends – or by winning one.

Undercity Nights also marks some big changes for the game itself, drawing to a close the end of the 2021 ranked season and ushering in the Preseason 2022 gameplay updates. This means the new items, runes, and drakes that are coming – you can keep up with what’s coming in our patch notes for the League of Legends 11.22 and 11.23 updates at those links.

Elsewhere, this phase marks the arrival of Caitlyn’s ASU (‘art and sustainability update’), which will refresh many of the fan-favourite champ’s visuals. The popular game mode Ultimate Spellbook is also making a comeback, this time with more gameplay mechanics that stem from the Arcane champions.

#RiotXArcane comes to a raucous conclusion.

Channel your inner Zaunite during Undercity Nights with live events, the first-ever Riot Gauntlet, and the finale of Arcane.

Wrapping up the event, on November 19 and 20 fans can celebrate the show’s season finale by tuning into an Undercity Nights event that’ll be broadcast live from Los Angeles. “Physical and digital attendees will experience live entertainment, a charity tournament featuring prominent community members playing Riot’s games, and more”, a press release reveals. Arcane’s final three episodes will hit Netflix (and Tencent Video in China) at 12am PST / 3am EST / 8am GMT on November 20.

For the full details, head to the Riot X Arcane site at that link.