It’s not hard to find examples of MMO greats that have (so far) stood the test of time. Take World of Warcraft, for example. Launched sixteen years ago, the fantasy MMORPG has powered through the past decade-and-a-half, evolving with enormous expansions, a ‘Classic’ spin-off, eye-watering profits, and robust player counts. It’s a similar story for EVE Online, RuneScape, The Lord of the Rings Online, Star Wars: The Old Republic, Final Fantasy XIV, and now to some extent the younger Elder Scrolls Online and Neverwinter.

Amongst the biggest and best MMOs, however, are some titles that have sadly been consigned to the dusty annals of history. Twitter user VoidShroud has posted a poignant gesture of remembrance for some of the genre’s fallen but not forgotten games, with snapshots of various MMOs’ final in-game moments.

That’s got us wistful folks here at PCGamesN reminiscing, and inspired us to take a trip down Memory Lane via Nostalgia Thoroughfare to take a look at the final curtain call of some online treats from the past couple of decades. Take a journey with us back into the depths of online gaming history, won’t you.

As seen in VoidShroud’s tweet, Asheron’s Call was a fantasy MMORPG from developer Turbine Entertainment Software – now WB Games Boston – and Microsoft, which launched way back in 1999 and had an impressive 17-year life online. The game was set in the heroic fantasy realm of Dereth, and like comparable online RPG games, featured customisable avatars with attribute point and skill-based builds and multiple fantasy races to pick from, narrative quests, monsters to battle, regular updates, live ‘world events’, and a pretty hefty open world map. 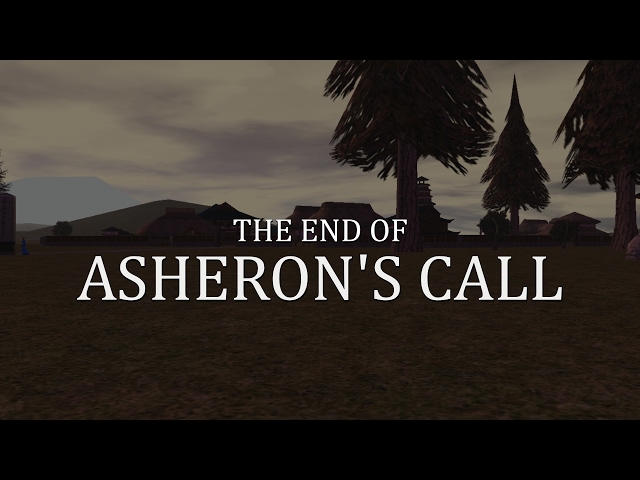 Unlike various contemporary MMOs, however, Asheron’s Call didn’t lock players into a particular class, giving flexibility to try out different character builds and playstyles. The game sadly shut up shop on January 31, 2017, despite community efforts to save it from extinction. In its final moments, loyal players gathered to flood the text chat with goodbye messages to one another, and the game, before evaporating with a purple burst of magic. Sigh.

Final moments of MMOs before shutting down. pic.twitter.com/BT6kkmtF5n

Another fantasy MMORPG from the genre’s golden age, Trickster Online was a free-to-play, 2D anime-style title originally launched in 2003 in Korea (2007 in North America) from developer Ntreev Soft. It was set on a fictional island, which players were invited to inhabit and cultivate by the hologram of a game company’s deceased head honcho, with four character classes, two levelling systems, and various character build choices, all based around the names of animals, according to an interview with IGN. 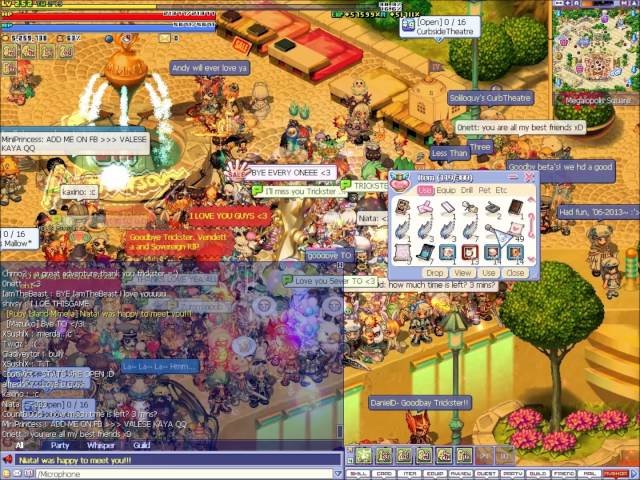 While Trickster Online was released in multiple different regions in the mid-noughties, sadly all servers closed down for good between 2013 and 2014. It appears the online anime game’s last minutes online were similarly marked by players gathering together in the in-game island’s streets to say goodbye, and call out variations of “Trickster forever!”. No, you’re crying.

The Matrix Online was an MMORPG launched in 2005 by Monolith Productions and Sega as a tie-in – or rather, continuation of sorts – to the Wachowskis’ iconic movie series. The game puts players in the shoes of a ‘redpill’ – that is, humans freed from the Matrix – and lets them loose in the films’ familiar Mega City. There were missions attached to three different organisations to complete, a story that went beyond the movies, ‘Interlock’ combat, and a nifty, fluid class system that let players chop and change between three main archetypes – Hacker, Coder, and Operative – pretty easily.

The game enjoyed a shorter span in the wilds of online play than many other MMOs, with servers closing on August 1, 2009. However, its final moments were lovingly captured by Giant Bomb, which has posted a series of gameplay videos titled ‘Not Like This’, as well as in a (now archived) ‘Memory Book’ from the dev to the game’s fans, which you can find here.

Star Wars Galaxies bounded onto live servers in 2003, brought to life by Sony Online Entertainment and Lucas Arts, and was followed by multiple big expansions during its time online. Set in the sprawling Star Wars universe, the base game was titled Star Wars Galaxies: An Empire Divided, and subsequent chapters – Jump to Lightspeed, Rage of the Wookiees, and Trials of Obi-Wan – added new areas to explore, races to play, space combat, quests, starting professions (including Jedi), ship construction, creature mounts, and more. 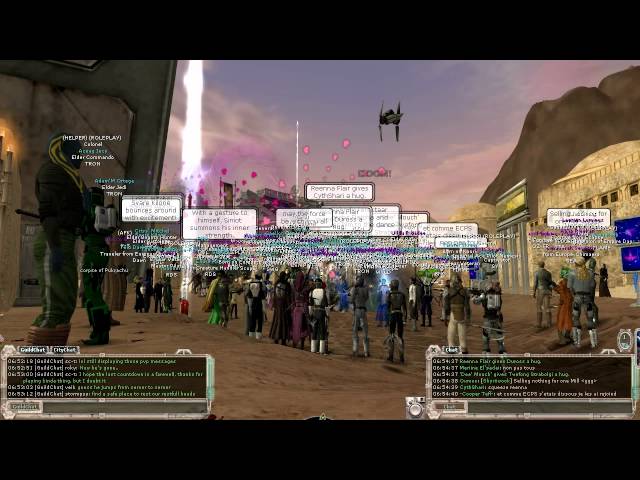 However, the game came to an end in December 2011, with SOE and Lucas Arts having “mutually agreed” earlier that year that “the end of 2011 [was] the appropriate time to end the game”. Giant Bomb live streamed the final few hours, which Kotaku reported on, highlighting some of the big (and pretty hilarious) moments, such as the appearance of Obi-Wan’s ghost and some giant Stormtroopers and Lando Calrissians that popped up.

If you’re feeling a bout of nostalgia after all that, you can find some more clips of these – and some other long gone MMOs’ closing acts, via this post from Redditor Maticus. Or, if you’d like to dive into something still kicking, check out our lists of the best PC games, multiplayer games, and sandbox games to help you get started.