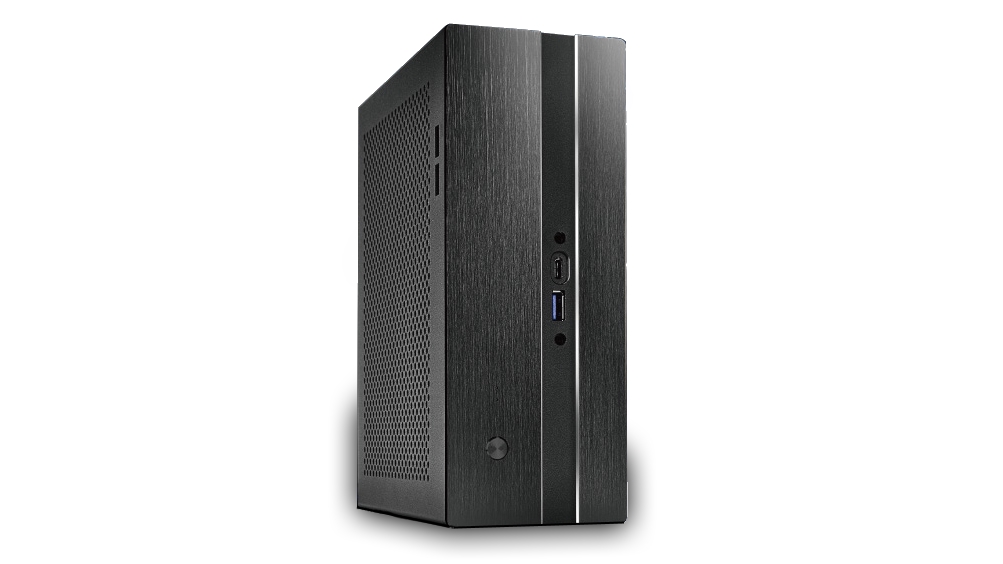 The ASRock DeskMini isn’t a particularly exciting name for their refreshed mini-PC, and the plain-looking little box is none too showy either. But what’s inside more than makes up for it.

Too small for you? Check out our pick of the best Intel gaming motherboards around today.

It’s all down to two new, almost hybrid, motherboards. I say hybrid because they’re utilising both desktop and laptop hardware. There were two chipsets on display at Computex – a Z270 and a B250 – but despite being able to house a full Kaby Lake desktop CPU they can fit both laptop memory and laptop graphics cards. 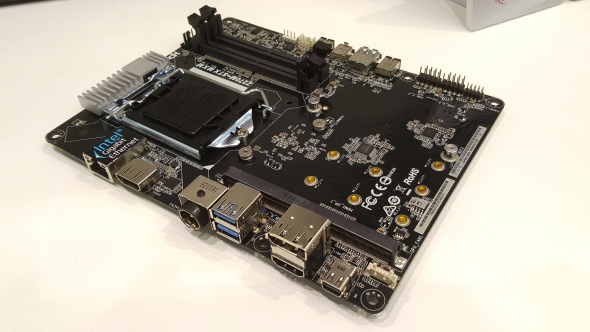 Where you’d normally expect to see the PCIe slots of a standard motherboard there is only a single MXM connection on this tiny form factor board. Using this connector means ASRock are able to now offer the DeskMini with either Nvidia’s GTX 1060 6GB, GTX 1080 8GB or AMD’s Radeon RX 580 also in 8GB trim. 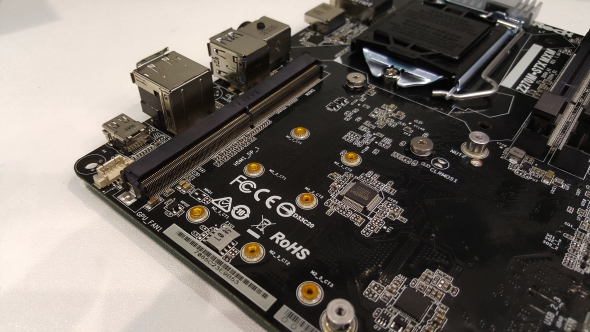 With the wide-boy MXM module then taking up a lot of space on the topside of ASRock have underslung the other PCle connections. On the flipside of the ASRock Z270-STX MXM board we saw at the show are three full Ultra M.2 sockets for a surfeit of storage and a fourth M.2 slot specifically for a diminutive wifi card. 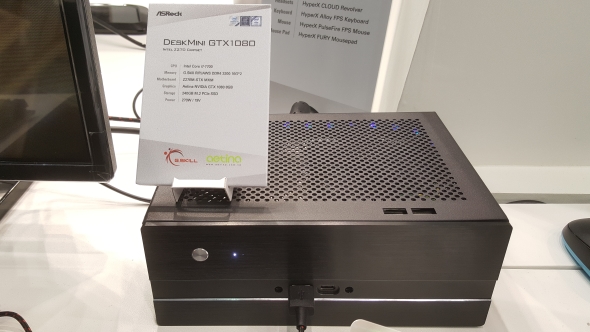 We checked out the top spec DeskMini, with its Core i7 7700 CPU and GTX 1080 GPU, and even when it was getting 3DMark’d to within an inch of its life it still wasn’t pumping out much heat or noise.

Just imagine the almost total lack of sound and fury if ASRock managed to get a MaxQ version of the GPU module installed.