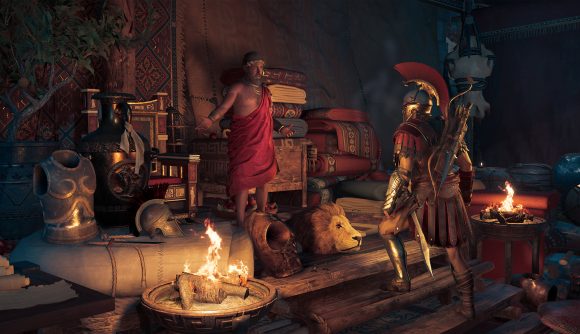 The history-themed, combat-free Discovery Tour was an unexpected highlight of Assassin’s Creed Origins, and the mode will make a return for Odyssey. That means you’ll be able to explore ancient Greece without the threat of enemy attacks, and get some lessons on history along the way.

Discovery Tour will come as a free update for all Assassin’s Creed Odyssey owners, though Ubisoft isn’t specific about when it will be available – only that it’s coming “after launch.” The only official info we have is that “players can traverse the entire interactive 3D recreation of Ancient Greece, free of conflict, time pressure or gameplay constraints.”

It’s fair to expect the mode to be pretty similar to Origins Discovery Tour, of course. That launched back in February, allowing you to explore Egypt at your leisure or follow guided tours from historians and Egyptologists.

It was a free update for Origins, but is also available as a standalone $20 purchase. No word on whether the Odyssey Discovery Tour will follow suit – but probably. You can probably also expect any nude statues to be tastefully censored with seashells or something similar.

The Assassin’s Creed Odyssey release date is scheduled for October 5, and you know where to go for much more info ahead of launch.