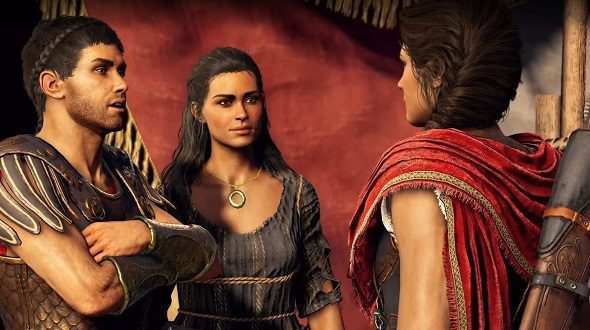 Creative director Jonathon Dumont says that while the game’s narrative isn’t an endlessly branching affair, some choices you might make in the short term will have an impact further down the road, suggesting that the game will have short-term, mid-term, and long-term decision making.

It looks a lot like Ubisoft are coming good on their promise to bring roleplaying to the Assassin’s Creed series, so why not check out our list of the best RPGs?

In an interview with PC Gamer, Dumont says “you have some big choices that will influence what’s coming next, and the ending you can get down the road. Without promising millions of endings – that’s not the case at all – we are catering to your choices and how you play it.” Dumont also confirmed that you’re not attached to one faction or another, despite the fact that you play as a Spartan. Instead, you’re a mercenary, taking on jobs for both factions as you see fit.

The Ubisoft conference confirmed that the Assassin’s Creed Odyssey release date is October 5. Check out a gameplay trailer below:

The eagle-eyed among you may have noticed that the trailer shows off some of those dialogue choices, as well as the fact that Assassin’s Creed Odyssey will have same-sex romance options. For those of you unsure about that, please know that Ancient Greece was extremely onboard with its same-sex romance, suggesting that Ubisoft is very much nailing the historical accuracy ahead of its new game.