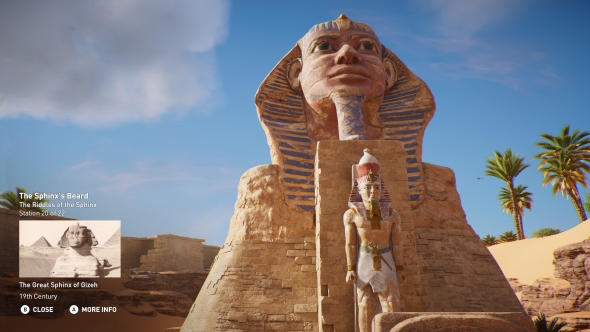 Well that didn’t take very long. An Assassin’s Creed Origins’ player has already discovered the secret reward for completing the game’s newly-introduced New Game Plus mode. If you’d rather not know what it is, consider this your spoiler warning.

In a thread on Reddit, user Najoray said he’d completed the game mode, unlocking a new Mythical Warrior outfit as his reward. I must say, Bayek looks pretty snazzy in his new golden armor. Najoray also suggested that players seemed to be able to begin new NG+ campaigns as many times as they like. 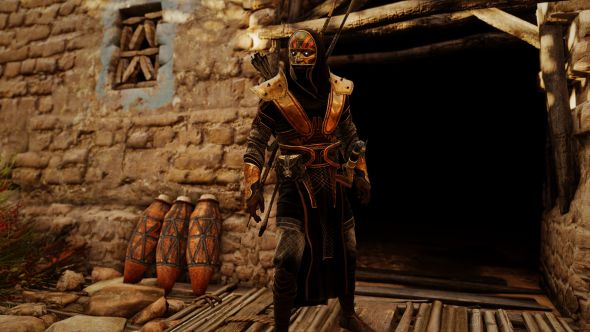 Thanks to the fact that NG+ lets you carry your progress and gear over from your previous campaign, Najoray says he managed to complete the new mode in just six hours on Hard difficulty, although that did involve skipping all the cutscenes. For the record, How Long To Beat reckons it takes the average player just under 27 hours to complete the main campaign, showing how much extra firepower NG+ lets you bring to the game.

Original story, February 20:Assassin’s Creed Origins gets its New Game Plus mode in an update due today. Released alongside thehistorical Discovery Tour, the mode will allow players to restart the story while maintaining their equipment.

Essentially, New Game Plus allows you to restart the game without losing any of the stuff you earned on your first playthrough. The story will reset, as will your targets, quests, and discovered locations (the map will return to its undiscovered, foggy state), but everything else will stay the same. You’ll maintain your level, and any XP, but your equipment, abilities, upgrades and inventory will be untouched.

The other major change is that the difficulty will jump slightly. Easy difficulty will become Normal, Normal becomes Hard, and so on. Given all the extra tools at your disposal though, I can’t imagine that’ll be too much of a problem.

Ubisoft say there’ll be a new, secret reward for completing the game in the new mode, but they aren’t letting whatever it is slip. For now, my money’s on a throwback to a previous game, or a hint as to what could be coming next, whatever that may be.