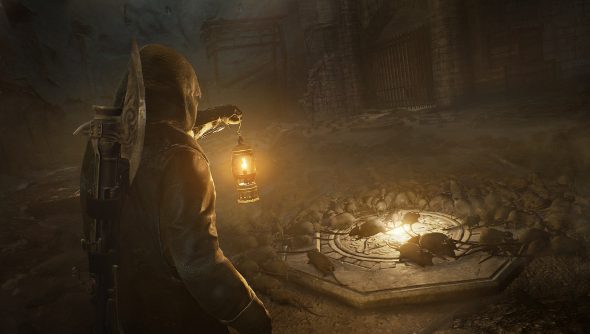 If you’ve not had enough of Assassin’s Creed Unity’s facsimile of revolutionary France, then you might consider grabbing the Dead Kings DLC, due out later this month.

The DLC is free, to boot. It was originally part of the Unity season pass, but then Unity launched in a sorry state, with bits falling off and others being stuck together with chewing gum, so Ubisoft canned the season pass and is giving everyone Dead Kings.

Take a look at the spiffy cinematic trailer, below.

Arno will be able to hop, skip and jump around Saint-Denis, which comes with open world diversions and a single-player campaign. Underneath the town is a big necropolis, filled with dead royalty and their secrets. Also, lots of people for Arno to kill.