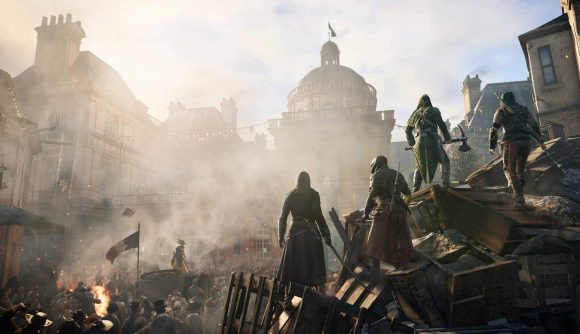 Ubisoft will give Assassin’s Creed Unity refunds (via Reddit) to players who bought it shortly before it went free. The company will reach out to those who purchased between April 15 and 17 to arrange compensation.

Naturally, there are some terms. You must have purchased after 2:00 PM EST on the 15th, but before the game went free yesterday. The offer is also exclusive to the Ubisoft store, so any that took advantage of sales on Steam, Green Man Gaming or elsewhere will be out of luck.

As the original offering was PC exclusive, Ubisoft is limiting the refunds to the platform, too. Admittedly, the number of gamers who bought the three-year-old game will be pretty small, but it’s a nice touch.

It’s worth reiterating that you don’t have to get in contact with any support teams. If you’re eligible, you’ll get an email with all the details. Currently, the company hasn’t confirmed if it will be in the form of cash or store credit.

Of course, the April 15 cut off marks the day France’s Notre-Dame cathedral caught fire, collapsing its spire and damaging its roof. Fortunately, many important artifacts were saved, alongside much of the interior.

The free offer for Assassin’s Creed Unity is a way for Ubisoft to share the cathedral in its original form to as many as possible. As a French company, it put a lot of love into its rendition, and is donating €500,000 ($564,000, £433,000) to help with the restoration.

Related: Like exploring? Here are the best open-world games on PC.

In fact, the version in Unity is actually closer to modern days than it would have been historically. It contains the building’s large spires, which weren’t built in their current form until a restoration in the 19th century. The game is set during the French Revolution from 1789—1794.

PC gamers interested in a closer examination can still grab the game for free up until April 25. Though Unity saw a very buggy launch, patches and performance improvements have brought it to a much more playable state.