It’s not immediately obvious what you need to do to unseal the well in Assassin’s Creed Valhalla and solve the puzzle. If, like us, you’re stuck on the same part, then we’ve created a rundown from start to finish of how to successfully complete the Well-Travelled quest.

It took a few attempts, a couple of hiccups, and some internal ranting until we managed to get our way. In the room you’ll find you have one beam, originating from a sunstone, which shall henceforth be dubbed the origin sunstone, just so we can orientate ourselves. Beams are a source of power in Valhalla, so you can usually point them towards something to fuel it, but this isn’t initially clear in this quest if you’ve not discovered similar sources in the vast open world game.

We specifically had an issue of where to shoot the beam, and apart from a couple of ‘super useful’ hints from Havi, there wasn’t much to go on. So, here’s how you complete the Well-Travelled quest in AC Valhalla and unseal the well.

How to unseal the well in Assassin’s Creed Valhalla

The first thing you want to do is split the beam, as Havi hints. You can do this by going to the origin sunstone and pointing its beam at a prism above the door – this is the gold pyramid-shaped thing above the arch through which you entered. It’s directly opposite the origin sunstone. 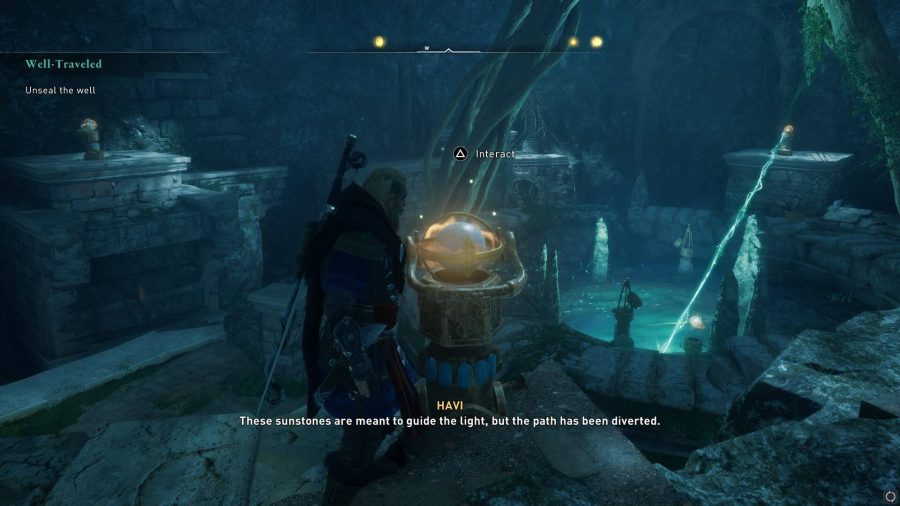 You now have two beams emerging from the prism. You need to direct them both to the faces of the two pedestals in the basin of the well. You do this by chaining each beam through multiple sunstones, until it reaches a sunstone that can be pointed at a pedestal.

One of these is easy. As you stand under the prism and look into the room, one of its two beams should be pointing at the nearest sunstone on the left-hand side. Chain this beam through the left-hand sunstones until it reaches the next stone along from the origin sunstone. From here, you should be able to point it down into the face of the pedestal in the top-left of the basin. 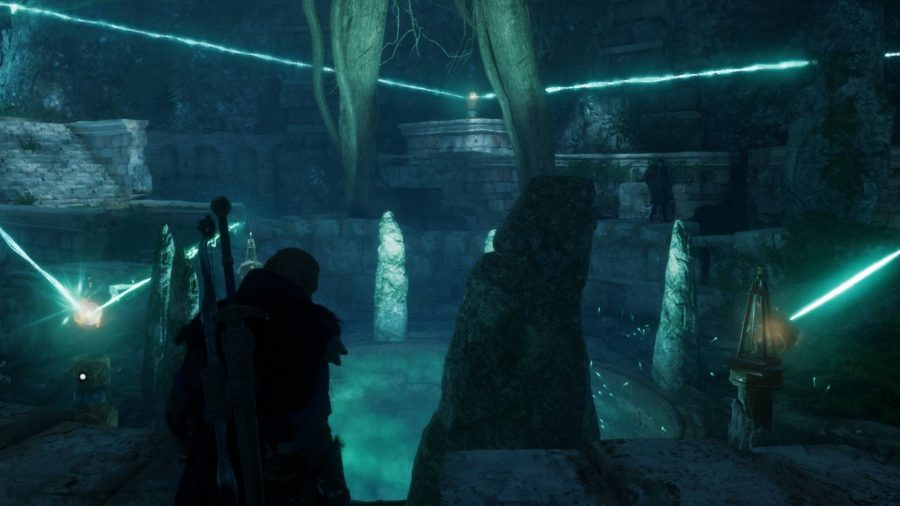 You might need to go back and forth between the beam and the pedestal, adjusting one and then the other, before you get it exactly right, but it shouldn’t take too long.

That’s how to unseal the well in Assassin’s Creed Valhalla and complete the Well-Travelled quest. For more location guides – check out where you can find Thor’s hammer in Valhalla, as well as the Excalibur location.