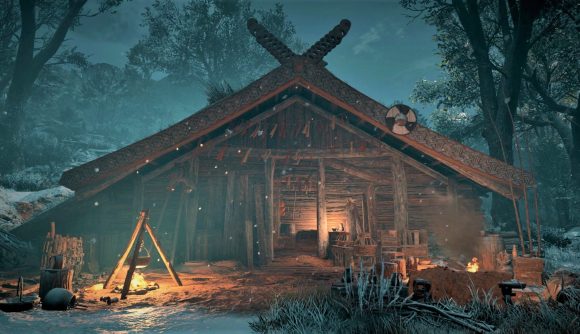 Ubisoft announced back in October that the Assassin’s Creed Valhalla season pass would bring new content, like a seasonal festival, new settlement area, and additional game mode, starting sometime this December. Now, the first of those goodies have begun to roll out, with the arrival of the Viking game’s Yule Festival, which goes live this very day.

“Odin is with us!” the studio declares on the open-world game’s site. “We’re excited to proclaim the commencement of the time-limited Yule Festival active from December 17 to January 7, with many festivities to enjoy and rewards to garner. The weather forecast for Ravensthorpe is going to be snowy, so better bring your Galloglach Cape to keep warm.” While the limited-time event’s live in-game, you’ll be able to get stuck into various, suitably seasonal festivities, like “drunk brawls”, archery challenges, and other such merriments.

These will net you some goodies, too, in the form of Yule tokens, which you can use to redeem a bunch of festival-related cosmetics for Eivor and your settlement. For example, a Mōdraniht ceremonial outfit, tattoo set, and weapons, a “sacrificial altar” (gulp), cosy fire pit (ahh), Yule beech tree., and tree ornaments.

As part of today’s new content, your Valhalla settlement will be expanding with more buildings and a revellers’ hut, the post adds. 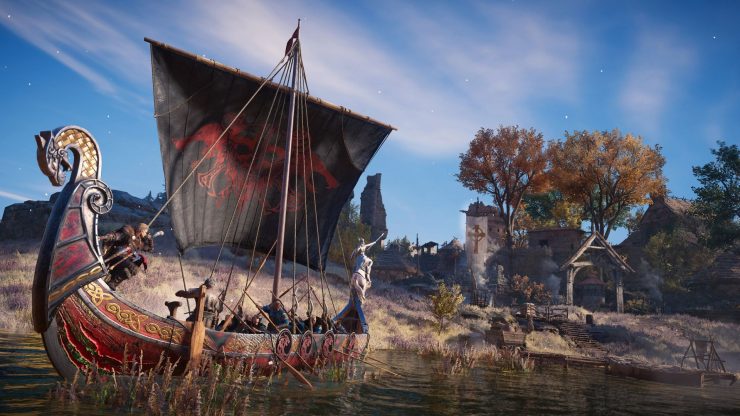 Additionally, Ubisoft has posted an early peek at the upcoming River Raids game mode, which will drop sometime in February, 2021. It’ll keep you busy with “not one, not two, but three new (and replayable!) maps that will be brimming with new gear, silver, runes, books of knowledge, and much more,” the dev explains. The update will tie into that settlement expansion, too – you’ll get the chance to build a new Jomsviking Hall building, letting you recruit more to your raiding clan.