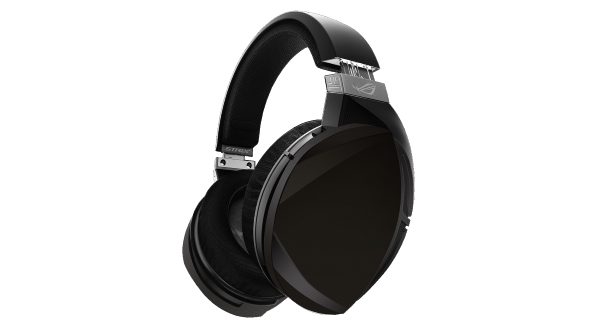 The new Asus ROG Strix Fusion Wireless is the company’s first wireless gaming headset to hit the market for a while, but since the last owly Strix set of headphones landed on my desk the wireless world has changed a lot… and it’s a far more competitive landscape out there.

And we’re not just talking about the high-end of the market either. Sure there are super-expensive, great-sounding headsets around, but there are also some seriously impressive mid-priced cans that are more than capable of jamming some lovely audio down your lugholes too. Basically, the new Asus headset has got a lot of competition.

Check out our pick of the best gaming headsets around today.

The new ROG Strix Fusion Wireless takes the same design notes Asus has used throughout the rest of its Strix Fusion range, but because its a wireless headset, with an inherent reliance on battery power, thankfully Asus has ditched the RGB LEDs. Other than that it retains the same clean lines, padded headband, and hidden mic as the rest of the Fusion ‘phones.

The Asus ROG Strix Fusion Wireless relies on 2.4GHz wireless tech to maintain its cable-free connection with your PC, though because it’s running from a single, miniature USB dongle it’s also compatible with the PS4. Y’know, if you’re one of them dual-wielding gaming types.

In terms of its base spec it’s probably much as you might expect from an Asus peripheral – it tows the mainstream line and doesn’t try and overstep the mark. As such you’re getting a pretty bog-standard 20Hz – 20,000Hz frequency response, which is about as ordinary as gaming headsets get. 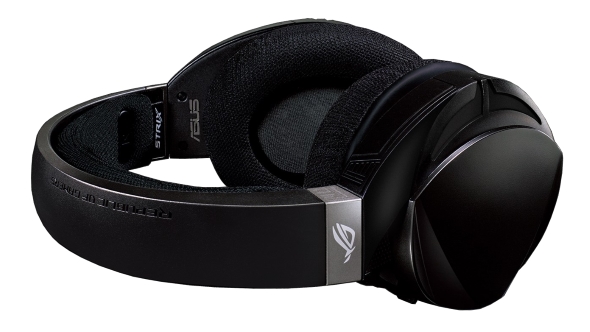 Though if it wasn’t for the HyperX Cloud, and lately the Cloud Alpha, we probably wouldn’t expect much more than that from a gaming headset that costs around the £145 mark. But though that headset has set the bar for quality mainstream gaming audio, there is always a premium for wireless connections, and so you have to spend a good chunk more if you want to a higher-spec wireless aural experience.

Both the SteelSeries Arctis 7 and the impressive Corsair HS70 have the same frequency response, though those wireless options are a little cheaper than the Strix Fusion Wireless.

Unlike other ROG designs, the Fusions are a lot more understated, especially in this battery-powered form, sans LED. There is just a single power button, and a USB charging port, breaking up the surprisingly clean design, and that’s because all the onboard controls have been moved into a touch-controlled section on the left earcup.

On the face of it that might sound great. Touch controls are the future, right? Well, maybe until you almost blow your eardrums out trying to deftly adjust the volume mid-game. You can control media via the touch pad, tapping to pause and swiping forward and back to skip/replay tracks. You can also adjust the volume by swiping up and down.

While the more binary track controls work fine the necessary sensitivity and granularity required for a volume control just isn’t there, resulting in me scrabbling at the headset trying to drag the volume down as it’s pounding away at my inner ear. There’s also the fact it’s rather easy to whack the volume right up by accidentally picking up the headset in slightly the wrong way. 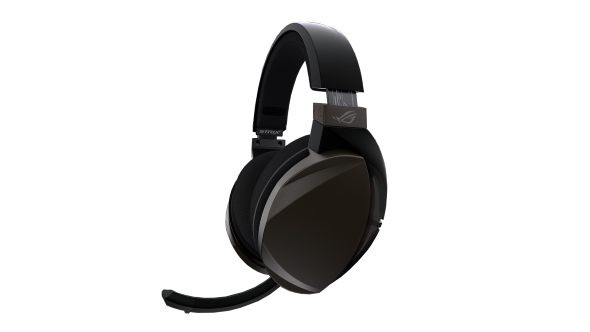 But even when it’s ear-bleedingly loud the audio quality is actually pretty good. It’s clear, sharp, and never feels muddy or particularly overly bass-heavy, and there’s also a pretty decent level of tonal separation to the 50mm Asus Essence drivers too. In games environmental sounds seem distinct and it doesn’t sound like the audio is coming from just a few millimetres away from your ears.

Switching back to my standard Razer Thresher Ultimates for a second, however, and the difference in audio quality is definitely noticeable. The aural experience of the Strix Fusion Wireless isn’t bad for a relatively standard headset, but the extra fidelity afforded by the Razer’s broader frequency response puts it that little step ahead of the Asus ‘phones.

Which is to be expected considering the similarly wireless Thresher Ultimate headset is another £50 more expensive than these Strix Fusion Wireless cans. But it is this price positioning of the new Asus headset which is its biggest problem, at £145 it sits right in between the superior audio quality of the $205(£190) Razer Thresher Ultimate and the similar performance of the $99 (£100) Corsair HS70 set.

Unfortunately then, while it’s a decent wireless gaming headset, it’s isolating itself in terms of pricing making, it very hard to recommend over the very close competition. And, as I said earlier, it’s a mighty competitive landscape out there.