The Nvidia GTX 1650 Super isn’t really a GTX 1650 of any sort. It doesn’t use a GTX 1650 GPU, it doesn’t use the same graphics memory, and it certainly doesn’t deliver the weakheart gaming performance of its non-Super namesake. In fact it’s far closer to the GTX 1660 than anything… but then Nvidia’s already shipped three different cards with that moniker and adding a fourth would just confuse and confound.

Which all means that far from being a lowly budget GPU not worthy of our gaming time, the GTX 1650 Super is actually a rather tempting 1080p graphics card. And the Asus ROG Strix GTX 1650 Super is one of the most powerful versions of the GPU available. But does the ROG premium make sense, when this overclocked, feature-rich card is practically the same price as a higher-spec GPU, the basic GTX 1660?

That’s a toughie. The GTX 1650 Super uses the same graphics processor as all the GTX 1660 cards, but is actually a bit more advanced than the original GTX 1660 in some ways. Well, in one way; the memory. Where Nvidia opted for last-gen GDDR5 to keep costs down on the standard card it has dropped GDDR6 into the GTX 1650 Super. Just a bit less of it…

So it’s a bit all over the place is really what I’m getting at. As a result of Nvidia aiming to create a hard-hitting, sub-$200 graphics card to compete with AMD’s RX 5500 XT it slashed a few CUDA cores off the TU116 chip used by GTX 1660s and gave it a new name. But because AMD has kitted out all its cards with GDDR6 – and surely because it needs to live up to the Super suffix – the GTX 1650 Super gets that too. 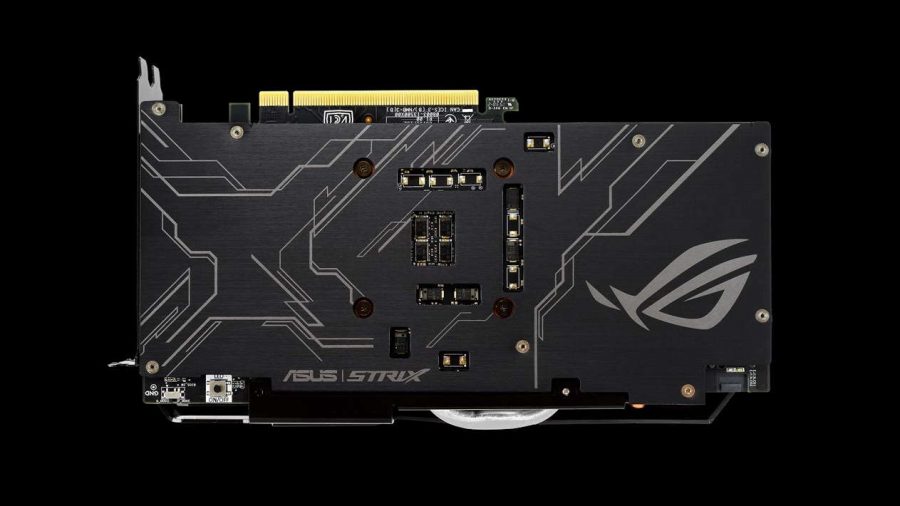 But where the GTX 1660 cards have 6GB of video memory, the GTX 1650 cards are restricted to just 4GB, whether Super or not. They also have a tighter memory bus too, running a 128-bit bus as opposed to the 192-bit bus of the GTX 1660s. Between the GDDR5-powered straight GTX 1660 and the GDDR6-powered GTX 1650 Super, however, that all pretty much evens out.

The higher spec memory may be running on a 128-bit bus, but its improved performance means that the card still delivers the same 192GB/s of memory bandwidth as the GTX 1660 running on the 192-bit bus. And that all means, despite dropping 128 CUDA cores, the GTX 1650 Super gets incredibly close to the gaming performance of the base 1660, practically rendering it obsolete.

This Asus ROG Strix version takes the GTX 1650 Super specs and pushes them as only an ROG product can, should, or would. It delivers a boost clock – under the OC Mode of the card – of 1,815MHz, compared with the reference card’s 1,725MHz boost. That’s a pretty hefty bump from a factory overclock.

Asus has also stuck a dual axial fan, Strix-y cooler onto the card, replete with 0dB cooling, direct contact heatpipes, and a dual-BIOS. It’s also sporting a full metal backplate too, in order to help dissipate heat from the back of the GPU across the breadth of the board. 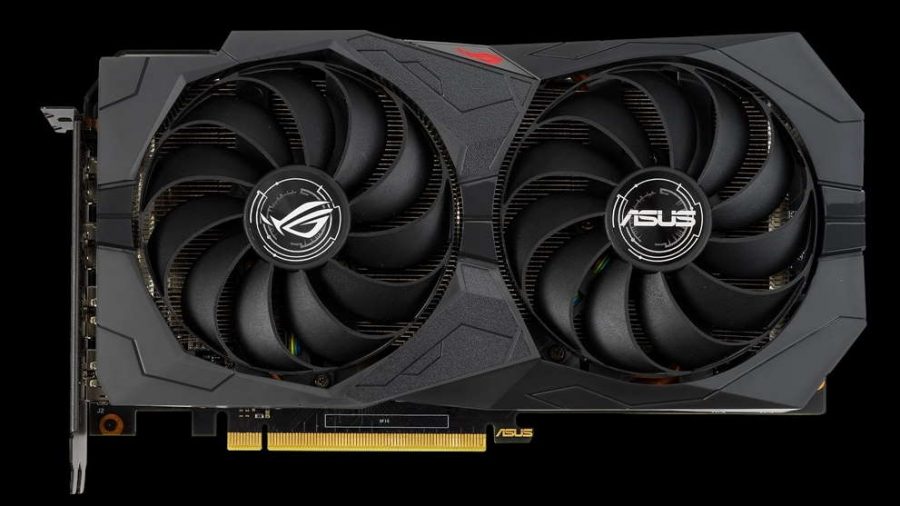 Of course, as a Republic of Gamers card, it has to have some RGB LEDs, and there’s a small ROG logo that you can control via Asus’ Aura Sync software… or y’know, entirely disable using the physical button on the rear of the PCB.

Essentially, the Asus ROG Strix GTX 1650 Super has all the high-end trimmings you’d expect from an ROG card. Which also means it has the price premium you would similarly expect… At $190 it’s essentially the same price as Asus’ own GTX 1660 Phoenix card. That’s a reference clocked, single fan pixel pusher that’s about as basic a GTX 1660 as you can get.

And one that pretty consistently outperforms the Strix GTX 1650 Super.

Nvidia’s GTX 1650 Super was designed primarily as a very sub-$200 graphics card, that $159 MSRP was aimed at taking on the AMD RX 5500 XT in terms of both performance and price point. When it pops up at the same price as the low-end Navi card, or even just a little bit more, what’s the point?

We’ve also tested a Palit GTX 1650 Super that’s closer to reference clock and reference price, and that does exactly what Nvidia wanted. It takes on the RX 5500 XT and matches it almost frame-for-frame across our gaming benchmarks, while coming in significantly cheaper. It’s also only ever a frame or two per second on average off the pace compared with the much more expensive Asus offering.

Sure the ROG Strix does deliver lower temperatures and quiet gaming performance, but then the standard Palit card doesn’t exactly set the world ablaze with either its temperature of whirling fan blades. But what of overclocking? Surely the Asus card will be able to take the TU116 GPU and push it even further than the Palit cooler allows, right?

It’s true, the more expensive Asus card does perform better in the overclocking stakes – we were able to push the Strix GTX 1650 Super to operate under load between 2,025MHz and 2,040MHz, while the Palit version topped out at between 1,950MHz and 1,980MHz. And what that amounts to is… a single frame per second difference in-game. 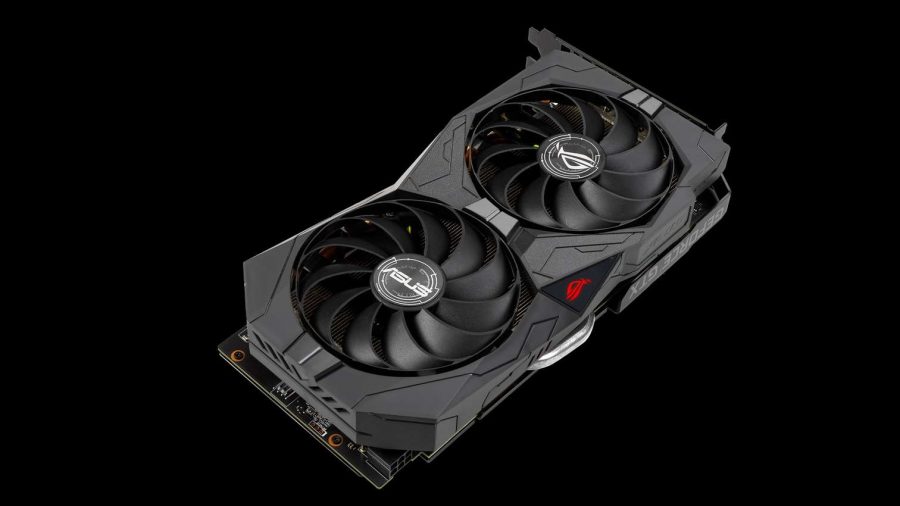 Ignoring price for a second the Asus ROG Strix GTX 1650 Super is arguably the best example of this GPU. It runs super cool, impressively quiet, and performs better than a simple reference-clocked card. That’s what you get with the ROG branding. But where both the price and performance margins are so tight it’s hard to really see what benefits you’re really buying.

It is demonstrably better than a GTX 1650 Super such as the basic Palit card, but only by margins that are all but invisible. The TU116 isn’t exactly a chip that runs that hot in the first place, and pushing the limits of the clock speed only gives you limited performance returns.

So wouldn’t either rather have a card that performs essentially the same for $40 less – the Palit GTX 1650 Super – or a card that costs the same but performs better – the Asus Phoenix GTX 1660?

One of the best GTX 1650 Super cards on offer, but when the performance and price margins are so tight the premium you have to pay ceases to be worth it.