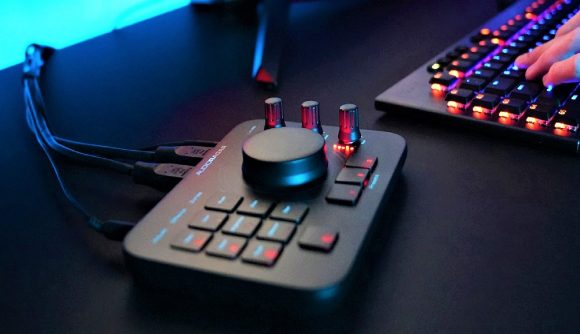 Accessibility tools are becoming increasingly more common within the gaming PC space, but there’s always more that can be done to elevate players with additional needs. While developers are incorporating more accessibility settings into their games, sometimes a hardware solution is needed to achieve sensory alternatives. Audio Radar is an example of such a device, and it’s designed to help hard of hearing FPS players up their game.

Highlighted by Can I Play That, Audio Radar is a tool that converts audio into visual cues using RGB LEDs. Developed by Airdrop Gaming, the peripheral uses 7.1 surround sound to translate subtle directional in-game noises like footsteps into visually measurable light signals, meaning D/deaf and hard of hearing users can use the information while playing.

The kit has six LED panels that are designed to connect to gaming monitors, and a control panel that tailors cues to specific needs and preferences. The LED strips themselves work similarly to VU meters, as the bar illuminates based on each sound’s volume, intensity, and physical direction. The Audio Radar is also ‘plug and play’, meaning it easily hooks up to PCs, gaming laptops, and even consoles.

According to Airdrop Gaming, the Audio Radar has been in development for two years and tested by various members of the D/deaf and hard of hearing community. The Audio Radar’s IndieGoGo video also demonstrates the device in action, showcasing FPS games like Call of Duty, Overwatch, and Fortnite. 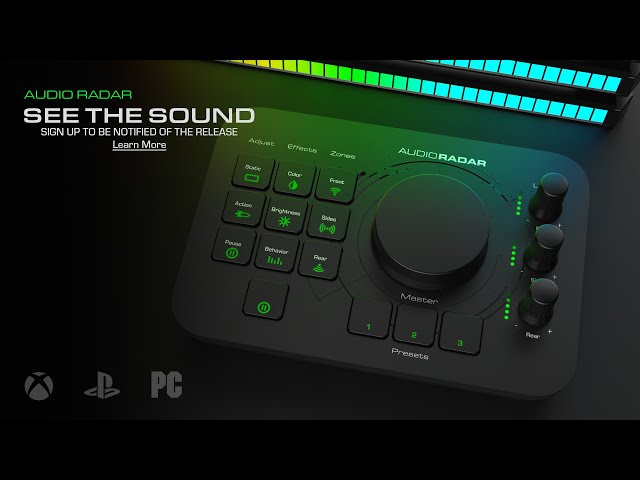 Naturally, sound plays a big part in FPS gameplay, especially during competitive play, so it’s wonderful to see a product that can accurately emulate the experience. The Audio Radar is available for preorder on Indgogo from October 15 2021, so be sure to check out the device’s page for more information.