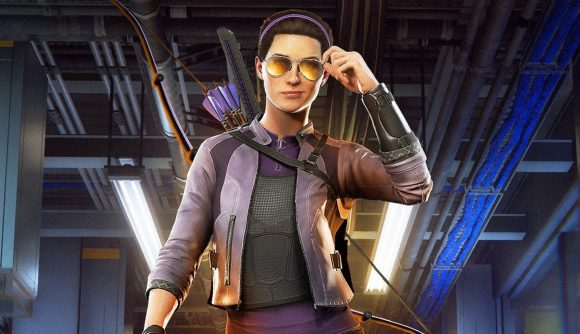 The latest patch for Marvel’s Avengers should help make the action-adventure game more stable. One specific crash is fixed, and optimisation is improved for particular configurations.

In a news post on Steam, developer Crystal Dynamics goes through the details for the PC-only update. Stability and performance are improved, and a resolution scaling crash that delivers the DEVICE_HUNG error has been resolved. The default settings have been altered to better tailor themselves to your hardware, meaning that on a first play-through, or when restoring to default, they’ll match what you’re running on more.

GPU power will affect output resolution, the Dynamic Resolution Scaling will run at 60 fps if able, and DLSS will be switched on as standard, should your parts have the necessary power. If you’re running on NVIDIA tech, the open-world game will ask you to to upgrade your drives if you’re below 461.09, because newer drivers are integral to keeping the Avengers Initiative running smoothly. In the comments below the post, one commenter says their CPU is still overheating, while another says they can now run setting on high without any problem – your mileage may vary.

Last December, Kate Bishop joined Marvel’s Avengers as the first post-launch additional hero. Her male counterpart, Clint Barton, is next up, though no release date has been announced for him just yet. A showcase of gameplay featuring Clint is happening February 16.

Get a glimpse of the future with our WAR TABLE Deep Dive: Hawkeye, premiering on February 16!

Like our previous Deep Dive, this will be directly uploaded and not livestreamed. pic.twitter.com/3aD2H5ST1T

Once you’ve updated your drivers, why not have a look at our list of all the best upcoming games of 2021 – there’s a few that’ll definitely give whatever tech you have a run for its money.