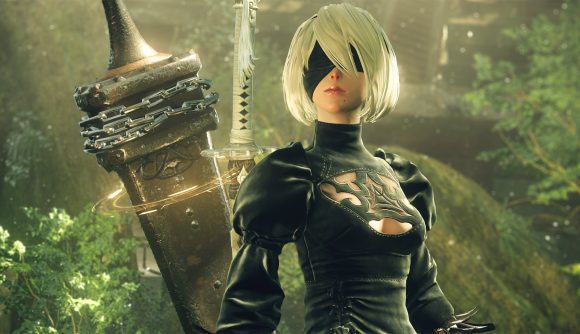 Platinum Games has rolled out some of the best games of the past two generations – from Bayonetta to Nier: Automata – and there’s more on the horizon. While Platinum’s new projects have gone underground for a surprising stretch of time, the venerable Japanese studio promises that you can expect more news early this year.

“Last year, we said that 2019 would be a year where the curtain rises for a new stage for Platinum Games,” president Kenichi Sato tells Inside Games (translated by Siliconera). “We’re a bit late on that, but I believe we’ll have several big announcements to deliver early in the new year, so please look forward to that. That’s a promise I’ll definitely keep [laughs].”

Representative studio head Atsushi Inaba adds that you can expect more announcements “big and small” throughout 2020. One of those will likely be details on the studio’s next big action title – the Babylon’s Fall gameplay trailer released in December promised more details to come this summer.

Bayonetta 3 is also likely on the menu, but alas, that’s a Nintendo-published Switch exclusive.

A Nier: Automata sequel has been teased for over two years now, and a further collaboration with Yoko Taro on a new game would certainly be an exciting thing to be made official. Now that Nier’s invaded one of the best MMORPG titles out there, it’s probably time for Yoko Taro to finally take over the world.