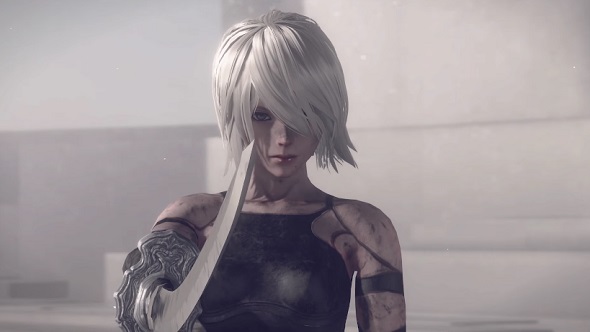 Following the success of Nier: Automata earlier this year, a new Nier game is in development. Automata’s producer Yosuke Saito has teased that something new is in the works, and that Yoko Taro will be involved in the new game.

Saito’s comments came from an interview courtesy of Ryokutya2089. Details are obviously scarce, and Saito was willing to reveal very little, but he did suggest that the project’s setting has been decided on, and that the team have recruited a scenario planner.

When asked whether Yoko Taro, Nier: Automata’s director, would be on board for the new game, Saito said “Yes, or so I’d like to believe,” before joking that “Yoko often says he’ll do anything as long as he gets money.”

While it’s not a huge surprise that we’re getting more Nier, as Square Enix have been hiring for the new project for a while, it’s good to know that Saito and Taro are still on board. Elsewhere, the pair have been commenting on what other projects they might like to work on in future, including a “strange and unique” Final Fantasy game and an adult movie.