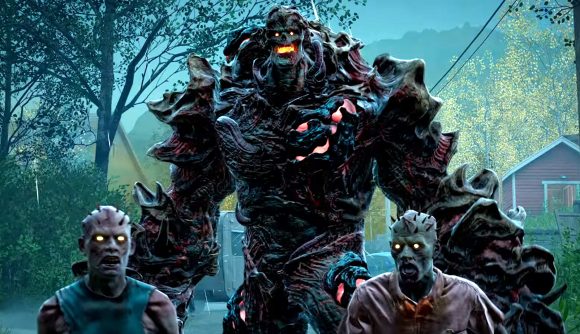 The Back 4 Blood beta launched yesterday and it’s proven to be tremendously popular, with players seeming to enjoy both the Campaign and the Versus mode. However, fans of classic Left 4 Dead will be upset to discover that developer Turtle Rock currently has no plans for a Versus Campaign mode.

The current Versus mode in Back 4 Blood is more wave-based and focused on a specific arena, with human players tasked with surviving over three rounds while Ridden-controlling opponents attempt to take them down. It’s a lot of fun, but very different from either the Campaign mode or Left 4 Dead’s Versus mode – which was basically the normal campaign except with human players controlling the Special Infected.

Players were wondering if Back 4 Blood would get a Versus mode closer to classic Left 4 Dead in the final release, but according to Turtle Rock co-founder Chris Ashton that won’t be the case. Ashton was asked on the game’s Discord server (via RadiumPwd on Reddit) about the possibility and confirmed that it wasn’t happening.

They confirmed with a simple “no” when asked about Back 4 Blood getting a Versus Campaign mode, before going on to elaborate why not – simply, that’s not the way the game is built. “We have a lot of defensive equipment and our specials are good at ambushing,” Ashton says. “Defending worked far better for our game than running from A-B.”

While it makes sense, and anyone who’s played the beta will confirm that the special Ridden work very differently from how they do in Left 4 Dead, this hasn’t stopped a lot of L4D fans from being disappointed. Guess they’ll be back hoping for Left 4 Dead 3, then.

We’ve reached out to Warner Bros and Turtle Rock for confirmation. For everyone else, Back 4 Blood is out in October – which is the 40th anniversary of Evil Dead, incidentally.