Before there was World of Warcraft, before there was EverQuest or Ultima Online, there was BatMUD. Back in the dawn of the Internet Era, ‘multiplayer’ was exclusively the provenance of Multi-User Dungeons, or MUDs. BatMUD, a game that initially came out in 1990 and has been under constant development since, was one of these. Now, it’s on Steam.

Sure, this is the kind of game that you could easily dismiss with a graphics-accelerated sniff of “Okay, boomer,” but BatMUD is worth a second look. It’s all text-based, but BatMUD is amazingly complex, with give continents to explore, powerful artifacts to forge, cities to found, and seas to sail. And it all uses “the world’s greatest graphics engine… your imagination.”

Okay, that last part did sound a bit boomery, I admit. Still, there’s a ton to dig into with BatMUD, and the simple ASCII presentation offers the opportunity for some theatre of the mind. You can start a character however you like, join guilds to learn proficiencies, and then be born again after you die – and unlock new races and possibilities in the process. 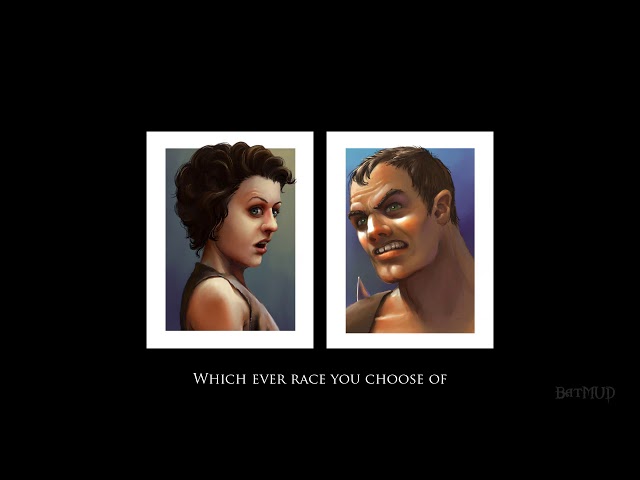 BatMUD is multiplayer, too, and you can join up with other players for raids, engage in some PvP, or just to make some new friends who may be elves in their free time.

The newly-released Steam version includes a few nods to the modern era, like movable windows and some simple visual flash for maps. But it’s text that really drives the game, so it does involve reading a lot.

Once you’ve adjusted to playing a text-based game though, Steam users agree that BatMUD can be powerfully addictive, and the possibility space contained within it is truly vast.