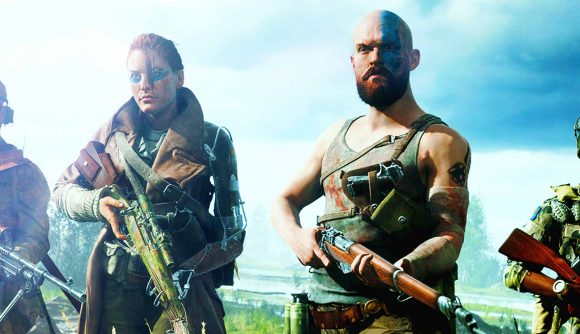 It looks like FPS Battlefield V’s devs at EA DICE have dropped a little Easter egg into the game for players to discover. One battler has posted a video on YouTube showcasing this little nugget of a joke – and it’s a finger gun. A bit like the one kids often make, using their thumbs and index fingers and making ‘pew-pew!’ sounds – which it includes, by the way.

YouTuber DANNYonPC has uploaded a video to the site showcasing this interesting new addition to Battlefield V’s weapon arsenal, which you can see further down the article. Looking at the video, the “Finger Guns Easter Egg”, as the uploader terms it, is basically your made up of your character’s hands interlocked to make a mock two-handed weapon. The player slips their left thumb into the right palm, sticks their two right index fingers out, and readies it with their right thumb in the air – probably just about as you’d expect.

Best of all, each shot is accompanied by your character making pretend gunshot noises and cartoon-style effects saying “ka-pow!” and “pew!” in bright colours that pop up and flash across the screen. For all it looks a little humble compared to some of the big guns of Battlefield V, it looks like it packs a fair enough punch – the YouTuber says it deals 10 damage.

The way you ‘re-load’ the gun is simple – but pretty unpleasant. The player can be seen snapping their thumb and fingers about with some meaty cracking noise effects to accompany it. You know, just to add to the experience. 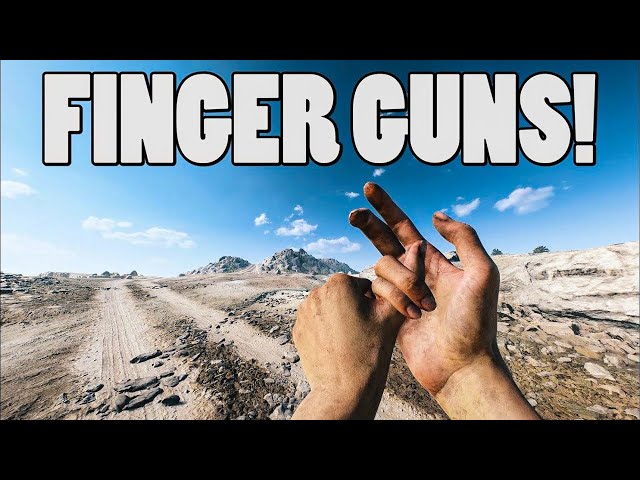 It’s not totally clear how to discover the weapon. The video shows the player using a green-lit box with a shovel on top that seems to point them towards a particular dig spot. They then find the weapon using a fortification build action there. The map seen in the video looks like Hamada – but it’s not clear if this is the only place to grab the gun. It’s also not clear if you’ll get to keep the gun if you die.

Reload: Check out the best FPS games on PC

If you’re keen to try and find the Easter egg for yourself, check out the video above and see if you can find it in your game. In the meantime, you can also check out our other Battlefield V news. Who knows, maybe some other Easter egg weapons might turn up.