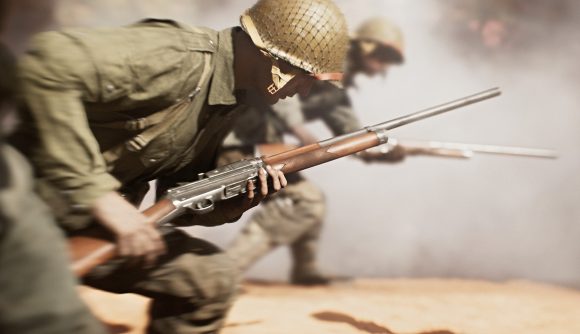 A leaked survey from EA suggests some of the possible features that could be in the next Battlefield game. A battle pass, incremental map updates, and some free-to-play elements are among the subjects covered.

Parts of the questionnaire have been revealed by YouTuber Lossy, and another Battlefield leaker, Tom Henderson. The most intriguing part is that of having some part of the Battlefield 6 be free, and the form asks how interested players might be in a “new or existing mode” being free as part of the FPS game. Lossy ties this to the report from earlier this year that Criterion Games is now assisting DICE on Battlefield 6 as a sign a battle royale game is planned.

Criterion was the team behind Battlefield 5’s Firestorm Mode, and it stands to reason something similar might be included in the upcoming game. Lossy believes the question of map updates is relevant here too, since evolving a limited selection of maps over months and years has become a staple of battle royales, from Fortnite to Call of Duty: Warzone to PUBG.

Lossy also covers the suggestion of a battle pass, to replace the live servie from the previous game, and some evolution of the Battlefield platoons system, neither of which are surprising. In response to Lossy’s coverage, Alan Kertz, a former DICE developer, says the survey likely to help the team hedge their bets, and prioritise what players want most.

“You test the waters years before launch. A few months before you’re hedging bets,” Kertz tweeted. “It’s a good way to do it. Because then you’re literally asking the community what is most important.”

We don’t yet have a Battlefield 6 release date – watch this space.