If you’ve spent any significant time with Harebrained Schemes’ BattleTech  you’ve undoubtedly had a sense that just as much of the game takes place in the MechLab as on the field. There are interesting tactical decisions to be made certainly and BattleTech packs a lot of detail into its combat encounters. But building your lance the right way and picking the missions best suited to your lance is just as important – if not more so – than proper positioning and timing in a fight.

These mech building tips should provide you with plenty of guidance for crafting your ideal mech. There aren’t any real hard and fast rules when creating your lance because everything in BattleTech is situational. We’ll go over a few general principles to bear in mind, but it’s important to remember that these can always be superseded in certain circumstances. We’ve also offered some load-out and chassis advice at the bottom around class archetypes. Feel free to tweak at your leisure, though.

We’ll continue to update this guide as we learn more about BattleTech, but the rules below should apply to BattleTech as of the Heavy Metal expansion and the latest Patch.

Because of the way BattleTech works, there is no ideal guide for ‘Mech building. BattleTech is a game based on improvisation and adaptation: between finances, biome type, mission variety, and equipment availability, you’ll rarely – if ever – be fielding the ideal mix of ‘Mechs.

What you can do, however, is equip the ‘Mechs you have to fill useful roles on a team. As I noted at the top, there aren’t hard and fast rules about doing this, and even holding guide in hand, you’ll have to adapt these designs in order to fit your situation at any given time.

A quick beginner tip: Use the ‘Strip Armour’ button when you start putting your build together. Once you’ve got everything you want positioned on the chassis, use the ‘Max Armour’ button replace the plating up to the maximum tonnage allowed on the frame. You can fiddle with the distribution a bit, which is often a good idea because by default it will assign armour as evenly as it can. 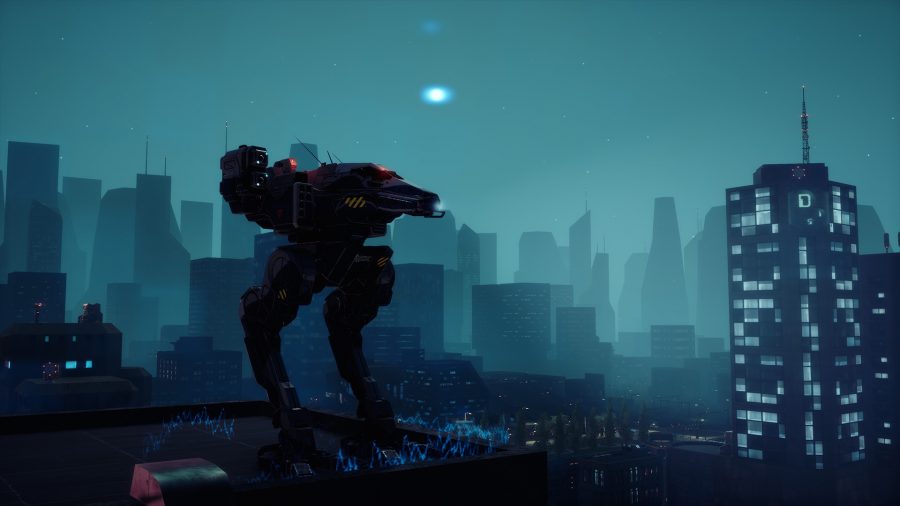 The big – and possibly sole – advantage of light (20-35 ton) BattleMechs is their initiative of 4, which means they’ll go first in the turn order. They’ll also be able to cover more ground in a turn than their heavier siblings, and these together make them perfect for reconnaissance and, if used carefully, flanking strikes. Their fragility is offset by their high speed, so remember that if you aren’t moving, you’re giving up your best defense, which is evasion bonuses. Use these BattleMechs to spot enemies for your indirect fire platforms and look for opportunities to take out vehicles. You can put heavier ‘Mechs like the Cicada into this role, but you’ll lose that extra point of initiative if you go with anything beefier than a Panther.

For equipment, rangefinders are great for scouts, as they’ll give them an extra bit of vision that you can use to direct fire from your long-range artillery. Consider outfitting jump jets (and heat sinks), but they’re not strictly necessary. Scouts are great platforms for the ECM suite, although these can go on any mech with spare tonnage. Weapons-wise, stick to basics – a long-range autocannon or a pair of M Lasers will be plenty. Remember, you’re not going to be going head to head with these ‘Mechs. 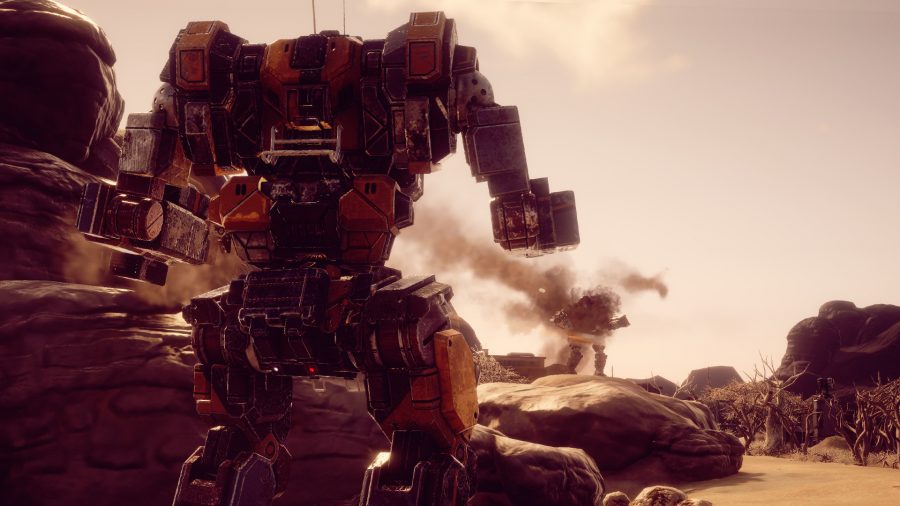 Particularly for missions where you’ll need to intercept or assassinate moving targets, you’re going to want fast-attack ‘Mechs that are outfitted with some knockdown power. The striker is that platform, and when you’re customising a chassis for this role, think high speed and high DPS. A good example here is the 1R variant of the Vindicator – the stock configuration carries a medium laser, LRM-5, and PPC, along with jump jets to quickly change positions. Ideally, you’ll want these BattleMechs to be on the quicker side and having enough firepower to be effective in the role means they have to cut back on armor.

You have your choice of weapons with strikers, but the idea is that you’ll want them at medium range for most fights. Grouped medium lasers and autocannons are good choices for strikers.

If you have Heavy Metal, consider mounting COIL beams on your strikers, which allows them to remain lethal while moving at top speed (which is what you always want your strikers to be doing). 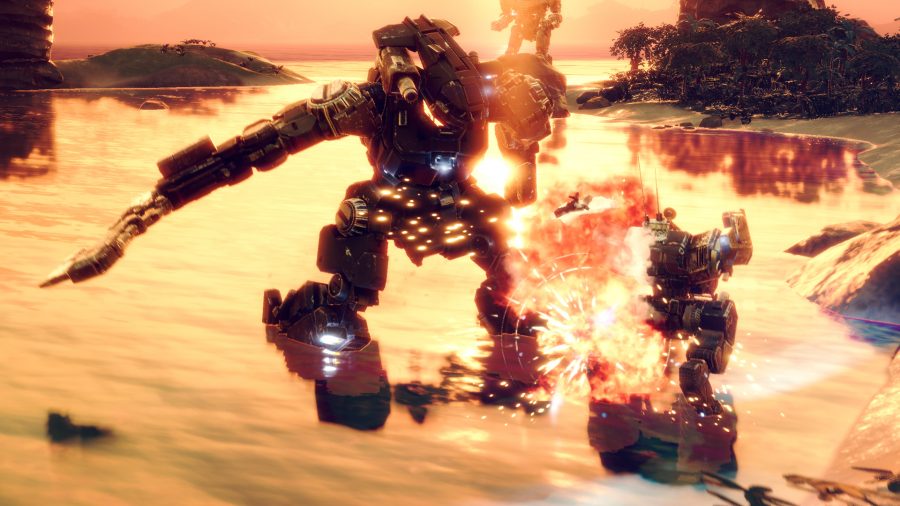 Many missions in BattleTech, particularly story missions, will focus on straight up showdowns between lances, and this is what you want brawlers for. While other roles will try to move around the periphery of the fighting, brawlers are the ‘Mechs that you’ll want dead centre, as your gunslingers. Pick chassis that have enough hardpoints to mount a lethal number of weapons and go big wherever you can: big racks of SRMs, PPCs, AC20s and medium or short-range lasers all work well on brawlers.

Consider also mounting support weapons like machine guns or flamers on your brawlers, but keep in mind that many of the chassis best-suited for this job will run into heat management issues. Install heat sinks on these bad boys if you’re using a lot of energy weapons or heading into badlands or lunar biomes. 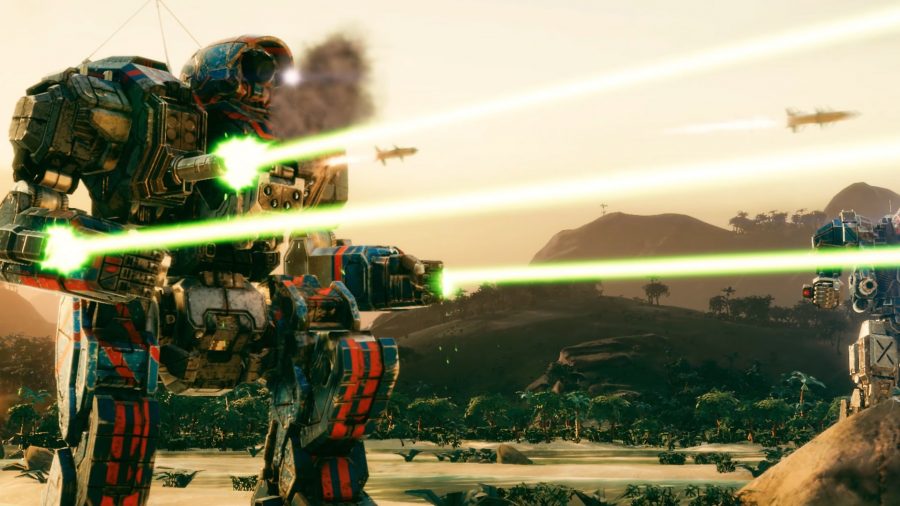 As the name suggests, these ‘Mechs will be outfitted with your longest-range weapons and often relying on your scouts or skirmishers to provide vision on their targets. Larger, assault-class ‘Mechs like the Awesome and Zeus can easily be used as direct-fire snipers due to their respectable armor capabilities, build the lighter platforms around as many LRM racks as you can mount.

For your snipers, use autocannons, large lasers, and/or PPCs if the environment isn’t too hostile. Ideally, these ‘Mechs won’t be coming under a lot of direct enemy fire, so as long as you can keep them where they belong, you should be able to cut back on armour in favor of weapons and heat sinking. 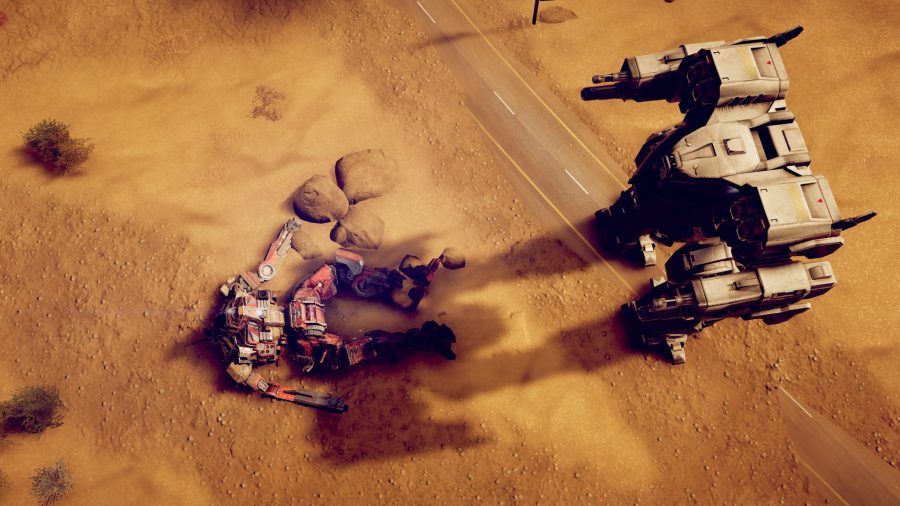 Yang uses the term ‘juggernaut’ and it’s an apt one for this role – these are your biggest and baddest BattleMechs and they’re generally capable of mounting a ridiculous amount of weaponry as well as tons of armor. Once you have one, it’ll be the centrepiece of your lance, so build the rest of your team around what you plan on doing with this ‘Mech. Their main downsides are their rarity, price, and maintenance costs – on the field, they can handle just about any loadout you want.

Save your rare, powerful salvaged weapons to outfit these beasts. Multiple PPCs, autocannons, and laser banks all work well. However, if you’re short on parts, save your long-range weapons for other ‘Mechs – these giants are best for ploughing directly toward the enemy, and short to medium-range weapons are all you’ll need as long as you have some lighter ‘Mechs on hand to handle enemy snipers, turrets, and artillery, which will focus their fires on these juggernauts.

That should be enough to get you started on ‘Mech building. BattleTech is as much about improvisation as tactics, so building your lance needs to be fluid and flexible. Just remember the old Mechwarrior saying: “Aim for the cockpit, kid – kill the meat, save the metal.”