Firaxis is a big supporter of XCOM 2 mods, and while the studio has now left the community to their own devices, it has also made it so easy for modders to change the whole game. Showing its commitment to the fans, Firaxis actually teamed up with Pavonis Interactive (the creators of the original Long War mod for Enemy Unknown) to make sure that the modding tools were as streamlined as they could be before releasing them into the wild.

Below is a selection of some of our favourite mods from the venerable turn-based strategy game, although it’s worth pointing out this is a slightly fragmented list due to the slightly weird nature of the XCOM 2 DLC library.

The difference between vanilla XCOM 2 and War of the Chosen is a little bit like night and day, so the modding objectives for both versions of the game can be quite different. A mod for one won’t necessarily work for the other without some tinkering. Some mods on our list have versions available for both, and we’ve marked them where relevant.

These are the best XCOM 2 and War of the Chosen mods: 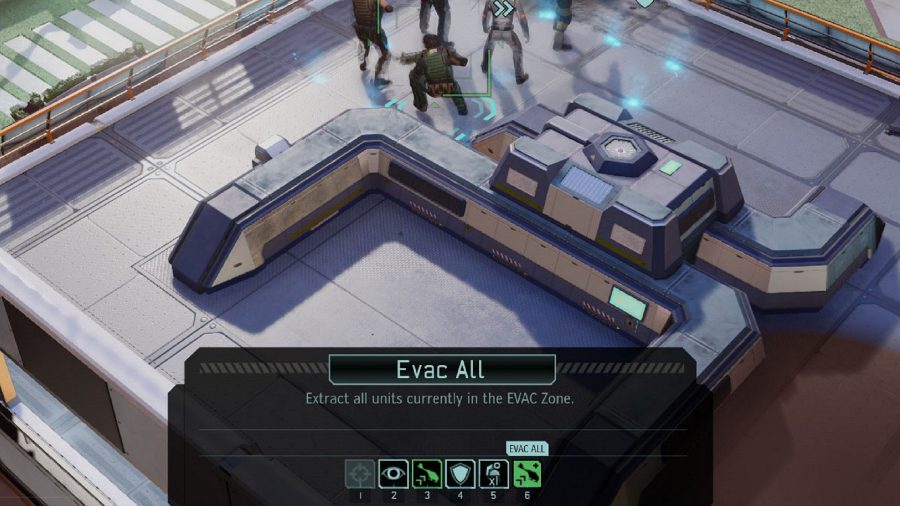 Getting all of your soldiers to the evac point and having to go through the long roping out animation with each and every one of them is tedious to the point of torture. Evac All adds a handy little button that makes every unit in the evac zone rope out at the same time. Not only does it look cooler, it also saves at least a minute. I can’t recommend this enough as a quality of life mod.

This mod also has a War of the Chosen variant available. 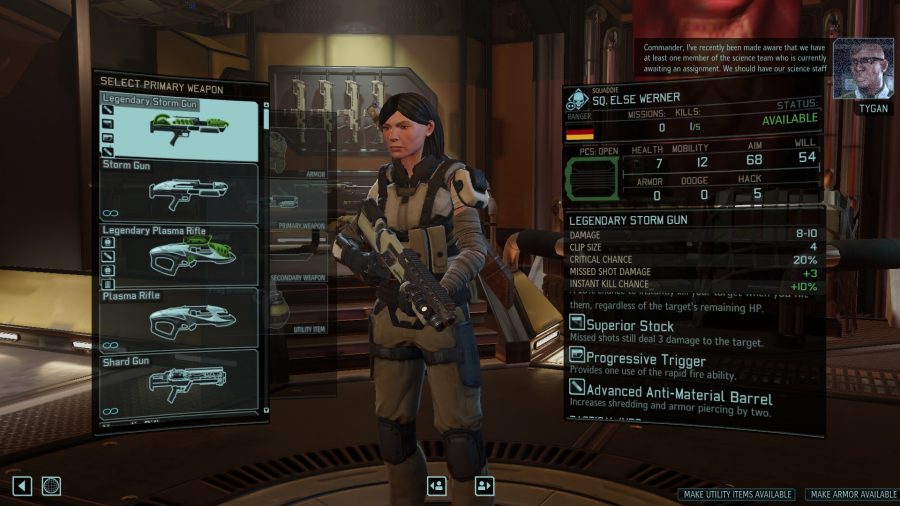 With new addons that give weapon holders special perks and abilities as well as hundreds of new stat boosting addons, this is perfect for keeping the sense of risk and reward going in the late game when intel and supplies start to feel redundant. And the sheer number of things getting added is astounding:

Grimy has also made a PCS Loot Mod that works alongside this and makes the Skulljack useful throughout the game as well as an Alien Rulers Loot Mod, though that requires the Alien Rulers DLC (which everything should have by now if you’ve purchased War of the Chosen).

Speaking of, there is also a War of the Chosen variant for this mod. 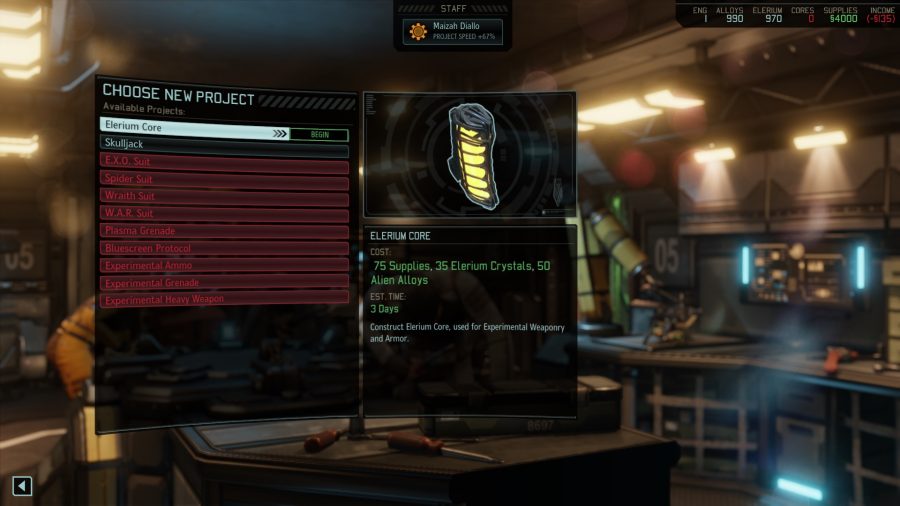 In the mid to late game Elerium Cores are as rare as Bitcoins and the Proving Ground can sit idle for months at a time if you’re unlucky. And without fresh cores, you’ll fall behind on special armours, heavy weapons, experimental ammo and grenades. Elerium Grounds lets you – once you’ve completed the pre-requisite research – build Elerium Cores to your hearts content (for a cost).

It also allows you to upgrade the Spider and Exo suits, keeping them as valid armor options for the late game. However, if you want, both parts of the mod are downloadable separately. While it will show a small warning symbol when loaded with WotC, it can be played without any issues. 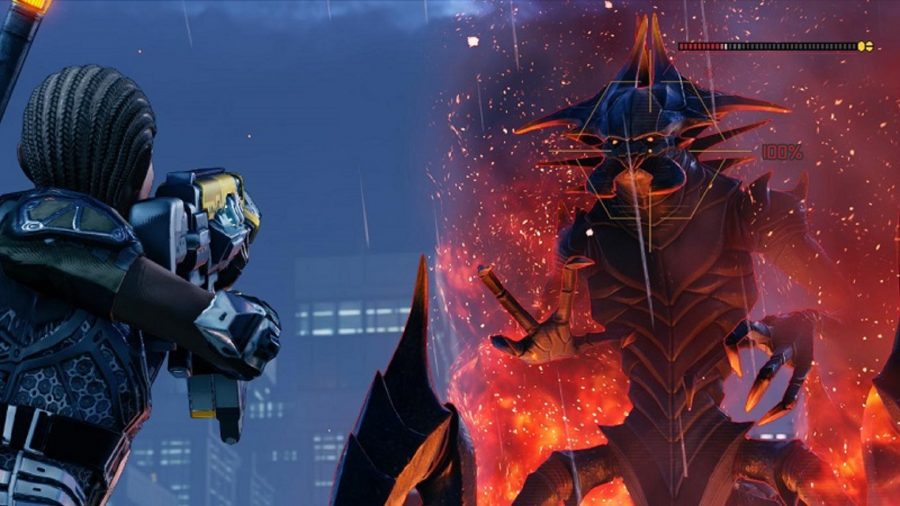 The (in)famous Long War mod returned alongside the launch of the workshop for XCOM 2. Officially sanctioned by Firaxis themselves, Pavonis Interactive have essentially included an overhaul DLC for free.

The new classes have more customisation options with a third option available at every rank (which can be downloaded separately as the Long War Perk Pack). My personal favourite part of the Long War mod are the leaders. Units can be trained in the Guerrilla Training School to get special abilities that benefit the squad. However, only one leader can be taken on each mission so you have to be careful who you lay the burden on.

If you want to breathe new life into vanilla, this is the most important mod for you. Pavonis Interactive’s Long War mod for Enemy Unknown was fantastic and so is this.

XCOM 2 War Of The Chosen Mods 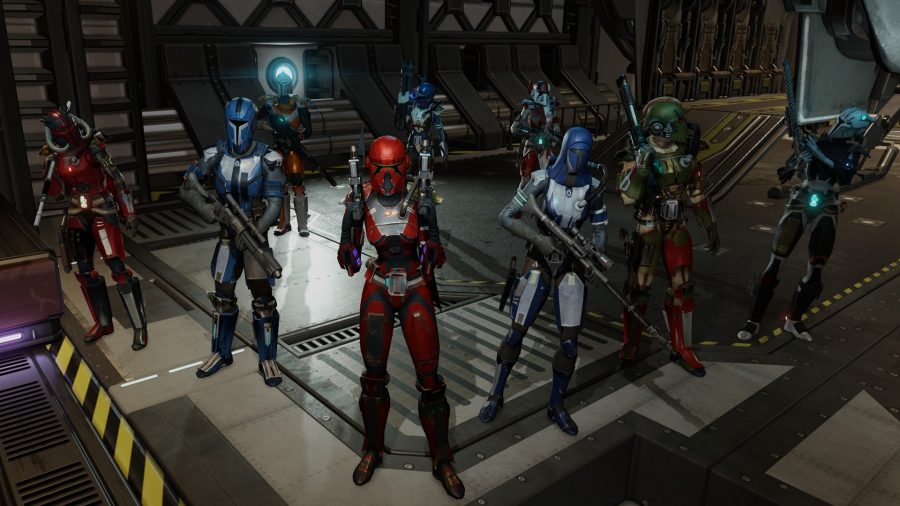 Mandalorians of the Old Republic

This is a newer mod that’s already proving quite popular. It’s a cosmetics mod that allows you to kit your troops out in various armours inspired from the Mandalorian race from Star Wars. Sets from across the various eras have been included, which will allow for some diverse and – frankly – bad ass XCOM soldiers.

It most be noted that there are a couple of recommended mods that you should grab alongside this, such as the ‘Completely Invisible Heads’ mod. This is because the vanilla heads/hair can clip through the new models, so if you want to keep the immersion you’ll want to disappear those heads.

You get the idea. Going back and forth between rooms and the geo-scape can be like pulling teeth when you’re trying to get something done quick. Instant Avenger Menus removes the transition animations and just lets you get down to business to defeat the aliens! 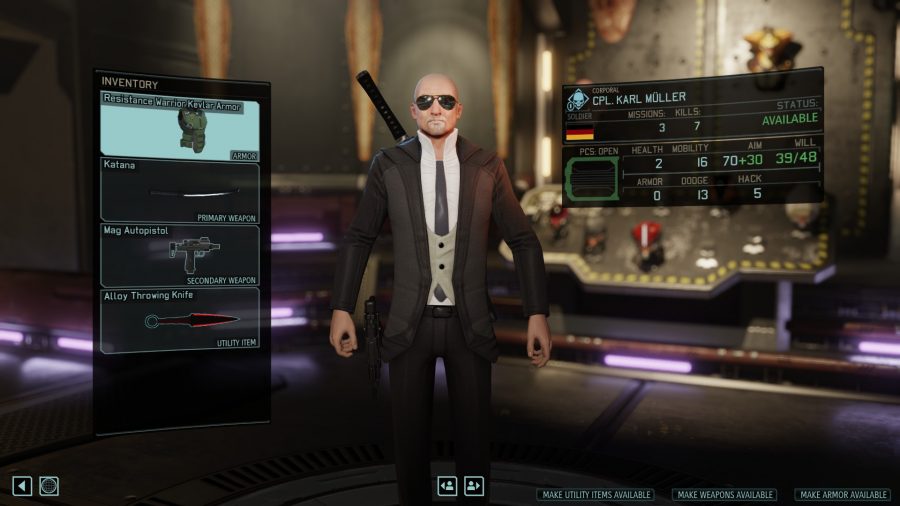 Like Long War 2, the RPG Overhaul completely changes how the game works. Instead of having a bunch of different classes, units are instead put into the Soldier class and you’re able to choose their abilities for a total of 98 unique abilities. Using the Ability Points introduced in WotC you can even upgrade things like Health, Dodge, Aim, and Will.

With lots of other little tweaks like Soldiers being able to use any combination of primary and secondary weapons, equipping secondary weapons as primaries, and introducing a new rank above Colonel, Musashi’s RPG Pack is great for drastically changing the game. Musashi recommends that you play with a selection of other mods that are included on the mod page. 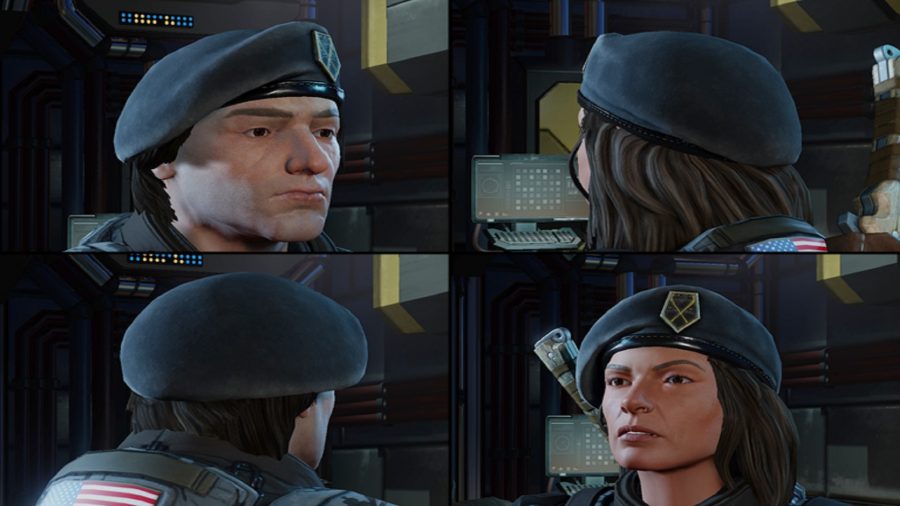 I like making my soldiers look unique, who doesn’t? And while the vanilla options are alright, CapnBubs pack makes it much better with loads of helmets, hats, goggles, and face props. And while the Halo and Star Wars customisation mods are great, CapnBubs keeps to the feel and does a great job of blending seamlessly with the rest of the game.

This mod also has a vanilla XCOM 2 variant available. 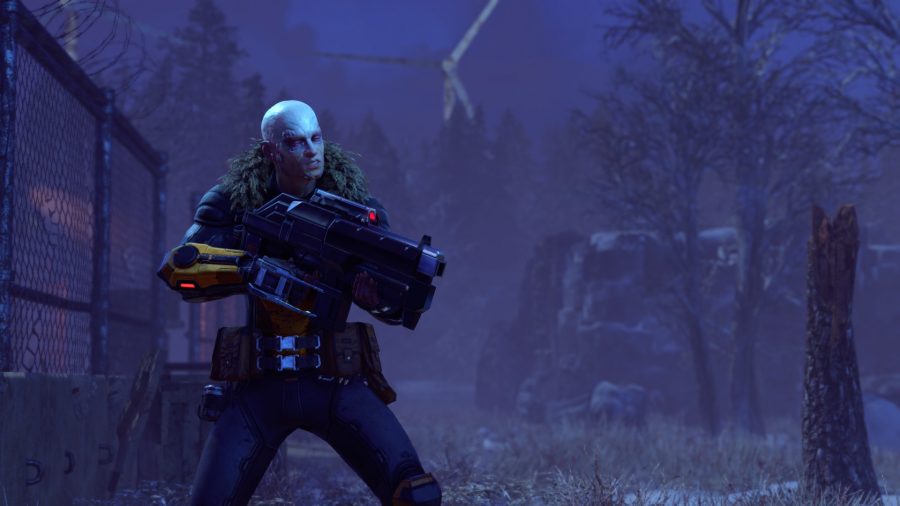 As many mod enthusiasts will know, it’s easy to download a bunch of mods and then forget exactly what you’ve installed. I didn’t actually realise that the plethora of new units that A Better ADVENT added were from a mod as they fit with the game’s progression so seamlessly and that means it works perfectly. While none of the units ABA adds are overpowered, their abilities can be devastating. The Stun Lancer is a particular bane of mine as the low level melee unit can potentially knock soldiers unconscious with his cattle prod sword.

XCOM 2’s big gameplay changer was the concealment mechanic where you could move around unseen and get the drop on the enemy. The only issue with this was that timer missions still ticked down, which didn’t make sense.

True Concealment fixes that issue by pausing the timer until you’re revealed, giving you much more control over how you approach these missions. It does make the game a bit easier so keep that in mind when choosing the difficulty. 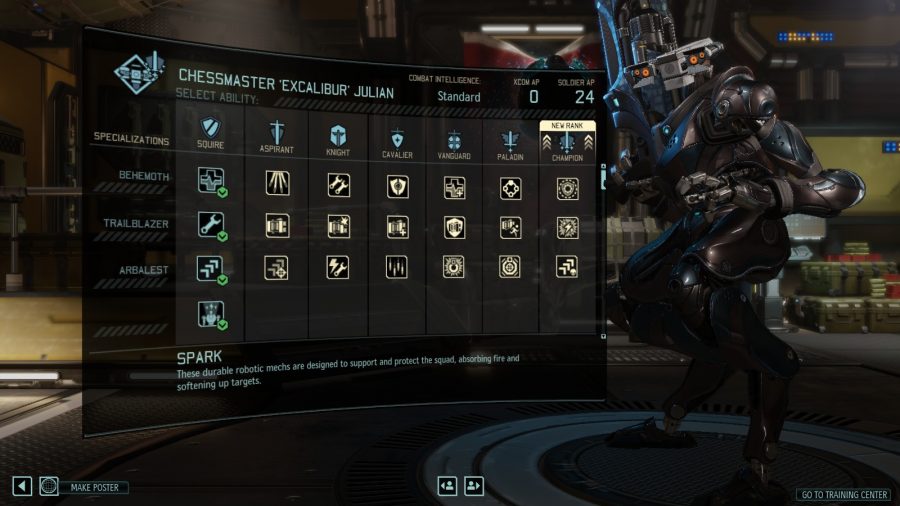 The SPARK is perhaps one of the most useless units in XCOM 2. Costing 2 Elerium cores and a load of resources to build and with its focus on being a tank, the SPARK can easily end up on the scrapheap in its first shootout.

The Mechatronic Warfare Pack greatly improves the SPARK’s utility by combining the SPARK and squad armour and weapon upgrades, reducing the overall cost of SPARK units. Upgrading the Specialist’s Gremlin and the SPARK BIT at the same time. Giving you the ability to rebuild destroyed SPARKs (you know, the whole benefit of having robotic soldiers) as well as changing the repair bay, equipment slots, and ability points for the SPARK.

I basically ignored the SPARK even after having paid for the DLC (Shen’s Last Gift) to get it but with this mod they’re actually pretty awesome. Definitely a must have.

How to install XCOM 2 Mods

The only thing to keep in mind when modding XCOM 2 is that certain mods only work for certain versions of the game – though the descriptions and launcher will mostly keep you right. Check to make sure you’re downloading the right one for the version you intend to play.

Steam has a very healthy library of XCOM 2 mods, but you can also head on over to Nexus as well if you’d rather not use the Workshop.