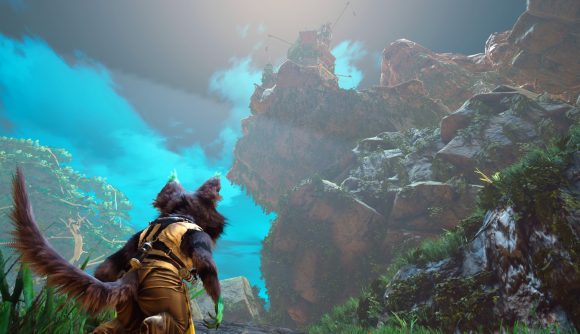 After several months of eerie silence, it looks like open-world RPG game Biomutant could be coming a lot sooner than expected. The self-touted “post-apocalyptic Kung-Fu fable” filled with fantastical landscapes and a cavalcade of mutant monsters may launch in the next few months.

In an interview with GamesIndustry.biz, THQ Nordic CEO Klemens Kreuzer described the game as “a release of great importance” for the publisher, and current plans have the game set to release this quarter. That means we could be diving into the furry-headed adventure by the end of March.

Biomutant looks to be an ambitious debut project for developer Extended 101. Its heady mix of gun-wielding anthropogenic animals, wacky open world across disparate environments, and cast of creative animal chums ranging from steampunk squids to giant turtles have pricked the ears of many. A ten-minute gameplay trailer released last year showed some of the environments and the varying gameplay segments we can hope to enjoy – from blasting mutated bunnies to riding crazy mechanical vehicles.

Elsewhere, we’ve had a glimpse at the game’s character creator that lets players manipulate the physique of the playable rodent protagonist, altering both their looks and character stats. Players can also kit themselves out with a range of bionic attachments, genetic modifications and psionic powers, and a healthy weapon crafting systems will allow discarded items to be combined into various powerful combos. 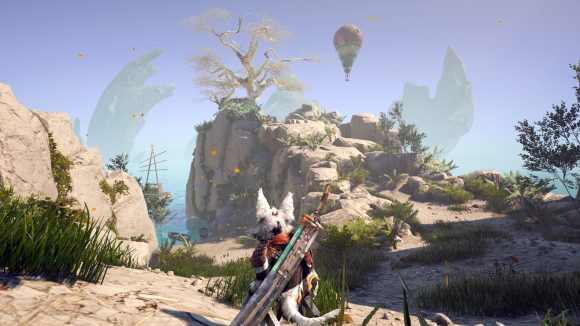 Biomutant made itself known back in 2017 and was originally planned for release in 2019. The release date was later pushed back to 2020 and delayed again early last year. This is the first news of Biomutant’s release we’ve had since, and while it may not be prudent to get too attached to this date given the last two delays, an unexpectedly early release would be more than welcome.

Kreuzer also mentioned that THQ Nordic currently have 61 projects in the pipeline, which should take them up to the Summer of 2024. Only 21 of these have been announced, so keep excited for whatever other lovelies might appear. But if you can’t wait, have a look at our lists for the best story games, best open-world games, and best anime games for some great recommendations.