Borderlands 3 legendary guns can be found in slot machines, defeating certain bosses or baddies around the map, or if you’re lucky, in loot chests scattered across the various Borderlands 3 planets. Legendary guns come with all the quirks and perks that we love so much from the different weapon manufacturers, plus some shiny red text and sometimes a unique firing mode. The Mouthpiece boss you face early on gives you an idea of what to expect, dropping an automatic pistol that shoots dubstep beats and can be cooled by shooting it with a water pistol. They’re crazy cool guns, essentially.

The good news is legendary guns seem to drop more frequently – we were lucky enough to get a legendary pistol on our first slot machine at Moxxi’s in Sanctuary. The bad news is, it’s not always as easy as that, but we’ve created a list of the best legendary weapons in Borderlands 3.

A Jakobs shotgun that can be found in Lectra City on the planet Promethea. You’ll need to solve a simple puzzle using electricity to turn on TVs, then a pretty solid miniboss will reveal himself from a side door, and storm into the corridor – watch out as he kills you with a single melee strike. Once defeated, he’ll drop the One Pump Chump. With high damage, a 50% chance of not consuming ammo, a decent reload time, and 90% accuracy – this shotgun is not to be sniffed at.

This Hyperion shotgun, with it’s + 409% weapon damage (depending on the roll) and high weapon accuracy means it’s time to get riggity riggity wrecked, son. The weapon has a chance to appear from a rare enemy spawn in Lectra City in Promethea from two enemies known as Wicky and Worty… 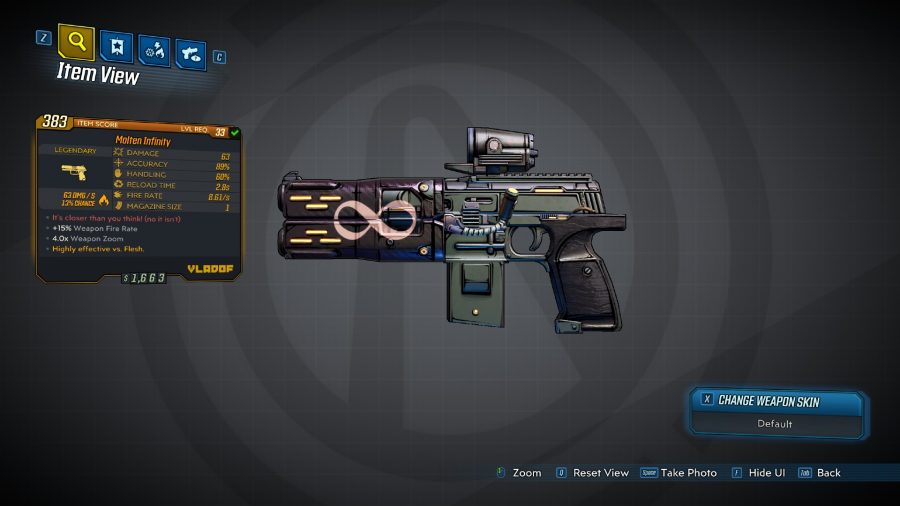 The Infinity Pistol is a punchy little gun with unlimited ammo, high fire rate, and the chance for Beastmaster Fl4k to pick up an anointed version. It’s one of our favourite legendary weapons in Borderlands 3 for clearing waves of enemies and is especially handy in boss battles where the ability to constantly fire without reloading or rummaging around for ammo is invaluable.

This Tediore SMG has a chance to drop after defeating one of the main bosses, Gigamind. You’ll come across Gigamind in the main mission on the planet Promethea. It’s never guaranteed, but there’s a chance he’ll drop this powerful Tediore SMG, that spawns little brain turrets when reloading.

A COV pistol with a high fire rate and bonus elemental damage. The Skeksil has different elemental variants, such as corrosive and shock. The mission is part of the legendary hunts from Sir Hammerlock, and you’ll need to track down a Skrakk on Pandora. It’s not a guarantee that the legendary gun will drop, but you’ll have a nice Skrakk souvenir for the hunting room.

A legendary SMG with powerful energy blasts that fight off heavy swarms of enemies and is incredibly satisfying to use. 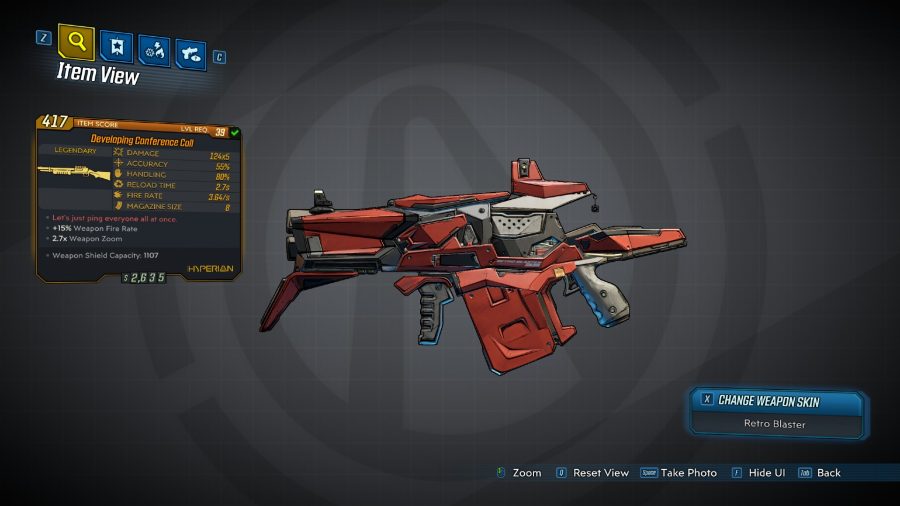 A returning legendary weapon in Borderlands 3, Conference Call inflicts a lot of damage. Complete with a shield and the chance for ammo shells to return to your magazine, it’s worth farming bosses to increase your chances for this legendary shotgun to drop. If you need to eliminate any enemy in close-quarters then this legendary shotgun is tough to beat.

Manufacturer: Hyperion
Red text: Let’s just ping everyone all at once
Special effect: Damage to projected front-facing shield returns bullets to your magazine

You’ll be able to get your hands on different types of this elemental Maliwan shotgun. It fires elemental orbs, that latch onto enemies and deal damage. The compressing version of this gun fires two orbs, instead of one. Great for depleting shields.

A punchy pistol with large mag size and high fire rate. The secondary barrel means a slower reload time, but it’s a great little gun to use against shields.

This high impact assault rifle shoots a constant stream of lasers opposed to bullets. It’s deadly damage and laser wave puts pressure on enemies, making it difficult for them to get a hit in. 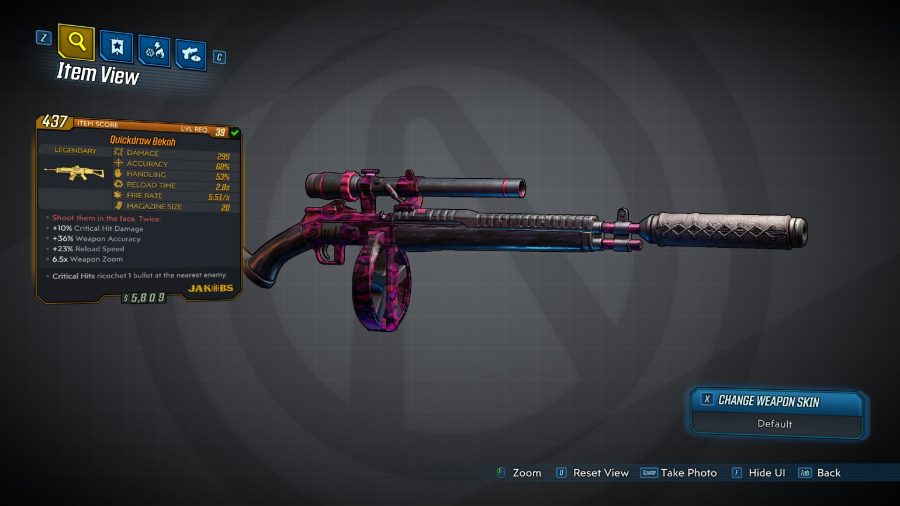 Critical hit shots will ricochet a bullet, hitting the nearest enemy. A cool feature on an already impressive Jakobs assault rifle. Look carefully as you fire and you’ll notice each shot actually fans out into three shots, making this an especially handy carbine for racking up critical hits. You’ll need to finish all Borderlands 3 legendary hunts to get your hands on this legendary, but it’s great if you’re running a crit Borderlands 3 build. With legendary ARs a rarity in Borderlands 3, if you can get your hands on the Quickdraw Bekah, you won’t be disappointed with the stats.

What it lacks in handling and accuracy it makes up for with impressive shots to break and unlimited ammo. The bonus elemental damage makes this a fantastic pistol for clearing waves of enemies.

This shotgun drops from the first main boss fight in the story campaign, so there’s a chance you’ll get your hands on this accurate beast of a shotgun, complete with deadly soundwaves and boosted weapon damage.

So, whether styling it out with a Maliwan to inflict lethal orbs of energy at trifling tinks, or blasting your way through an army of fanatics with your mini brain turrets is more your play – we hope you find the best legendary weapons in Borderlands 3. If you’ve exhausted Borderlands 3, check out some of the other best co-op games on PC.