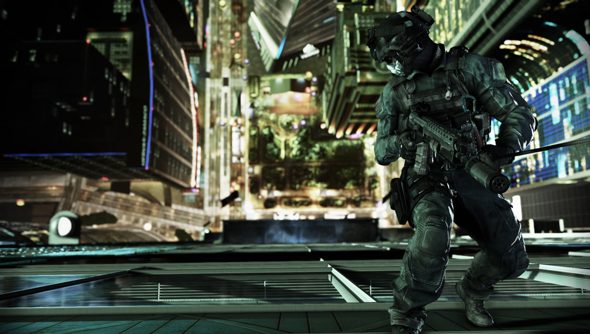 There are parts of the Call of Duty release mechanism that function perfectly, regardless of the game it happens to be launching. We didn’t like it so much in our Call of Duty: Ghosts review when it arrived, but it was declared the third-biggest UK launch of the year and already destined for a sequel.

Steam stats reveal that 4,574 players had Call of Duty: Ghosts’ multiplayer client running at its peak today. That’s not bad; they’re almost identical numbers to those Kerbal Space Program is doing, for instance.

But 9,040 CoD fans were playing Black Ops II instead – Ghosts’ immediate predecessor. And both Modern Warfare 2 and 3 are doing better numbers than Ghosts – at 4,781 and 6,253 players during peak times respectively.

Ghosts looks to have split the CoD community like never before. The process began immediately after launch, when Call of Duty: Ghosts’ multiplayer launch figures appeared to be down about 30% from Black Ops II on Steam.

A couple of months ago we wrote about why Call of Duty’s audience is collapsing, and what Activision might do about it. Do you have any ideas of your own?