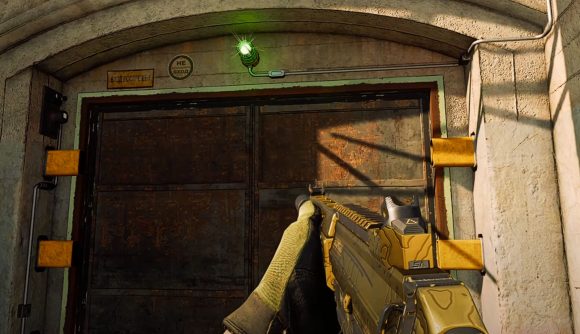 A load of leakers and industry insiders have revealed that CoD 2020 will be called Call of Duty: Black Ops Cold War, and that the game will be revealed as part of an ongoing event in Call of Duty: Warzone. It looks like the Warzone nuke discovered in the newly-opened Bunker 11 will also be used to trigger a massive map change for the battle royale here, too.

Call of Duty: Black Ops Cold War initially leaked through Okami on Twitter, and the title was verified through independent sources at Eurogamer and VGC. This happened as Warzone’s Bunker 11 opened and players discovered the first hints of a Cold War setting, including a nuclear warhead. Related glitches and datamines have revealed features like Spy Planes and explosive RC cars in Warzone.

The Warzone event will conclude with the reveal of Black Ops Cold War, according to these reports. Activision plans to keep Warzone going separate from the traditional, annual Call of Duty launches, so the battle royale will remain free and continually updated alongside the premium releases of new titles in the series.

The nuke found in Warzone is also set to bring the first big map revamp for Call of Duty’s take on battle royale games – VGC describes it as similar to the rollout of Fortnite Chapter 2.

A Cold War-era soft reboot for Black Ops has been circulating through the rumour mills for months now, and most recently we were hearing that Call of Duty: Vietnam would be the title. With teasers starting to appear in official Call of Duty releases, it looks like we’re going to finally get some concrete details soon.