Want to know how to open Bunker 11 in Warzone and access the secret MP7 blueprint and nuclear warheads? Compared to every other Warzone bunker, Bunker 11 is by far the most challenging to break into. Gaining access to Bunker 11 will take you on a journey through Verdansk as you search for special telephones. Not only will Bunker 11 have you searching for these telephones, you will also translate numbers from Russian to English just to gain access to this vault.

Those Red Access Keycards that have been in the game as rare loot spawns now work on the majority of Warzone bunkers, allowing you to enter their outer area and loot a number or rare loot boxes. However, the Red Access Keycard will not work on Bunker 11 in Warzone, which can only be opened using these Warzone phones and chasing down a code.

While the full easter egg hunt for the Warzone nuke is still ongoing, the incredible Warzone easter egg community has already cracked a huge part of the puzzle and figured out how to open Bunker 11 in Warzone. Join us as we break down the steps.

How to start the Bunker 11 easter egg hunt

To start off this in-game easter egg hunt, you’ll need to interact with a number of ‘message phones’ dotted around the map until you hear one that gives you a number code in Russian. Thankfully, the good folks on Reddit have already assembled a complete map of all the phones, highlighting the message phones that activate the sequence in blue. Huge credit to u/StrangerRobijn for the below post.

I made a Warzone EE bunker guide with all of the current phone locations etc, I hope it helps you! from CODWarzone

We suggest trying this in Plunder as you don’t have to worry about a closing zone or dying. As soon as the game starts you’ll need to split your group up and all hunt down as many of the ‘message phones’ as you can until one of you gets a message that sounds like this: 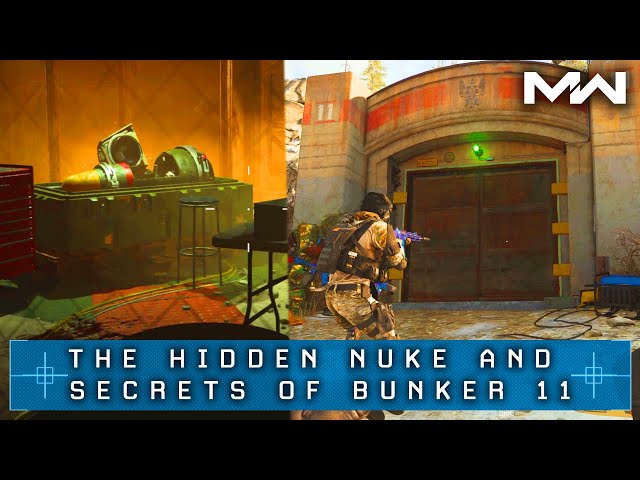 There’s a high-pitched jingle that’s followed by three numbers, all read out in Russian. After these numbers you’ll hear the jingle again. It’s pretty tricky to decipher, but if you spend a little time on Google Translate familiarising yourself with Russian numbers from zero to nine beforehand then you’ll find this a lot easier. Every game you’ll have a chance of getting a different number code, so listen very carefully when the numbers are read out.

How to find the Bunker 11 phones

Again, the embedded Reddit post has all of the phones you’ll need marked, so refer to that. As soon as you hear and manage to translate the number code you’ll need to once again split the squad up so you can hunt down the corresponding phones for each of the numbers. For example, if the first number is five, then there’s a phone in the TV Station that you’ll need to interact with. Once again, this is easier done if the squad splits up, so everyone heads to the nearest corresponding phone, but be careful as these have to be activated in order – so if your phone is the last one in the sequence hide somewhere safe until your team has activated the other two phones.

It’s a little buggy and inconsistent, but you can actually hear the phone you need to activate ringing, which should tell you you’re in the right place and help you track down the phone itself.

The numbered phones are found in the following locations:

So, if you got the code ‘346’ then you would need to head to Quarry, then the police station north of Lumber Yard, and finally the air traffic control tower in Airport. After this, it’s time to head to Bunker 11 itself.

Once you’ve interacted with all of the phones in the correct order, your squad should reconvene at the Bunker 11 Warzone location just to the north of Military Base. The location is marked on the map below. 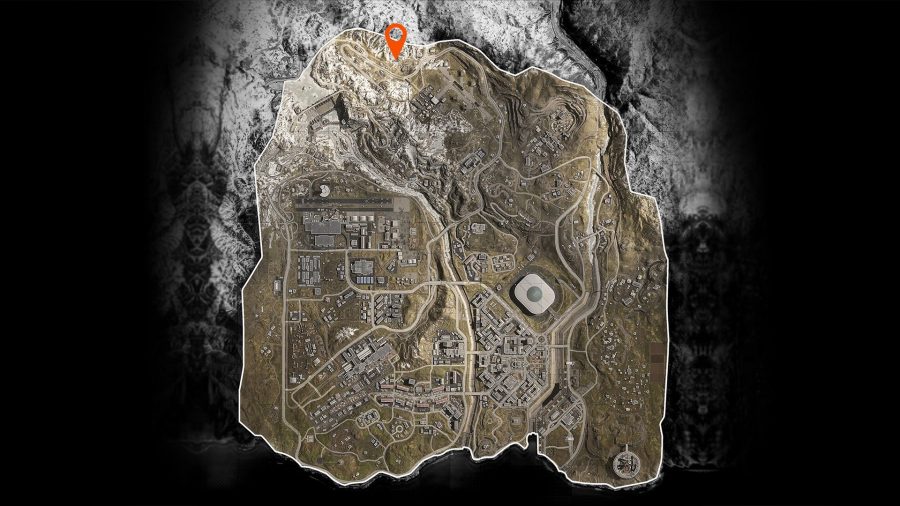 If you’ve done everything right there will be a green light above the door. Simply interact with the keypad to the right of the bunker door and you’re in. This bunker is larger than the others and has a central hub with connecting rooms. If you head through the second door on the right you can unlock the Mud Drauber MP7 blueprint, which is not even available to buy.

Elsewhere in the bunker you can find a hidden tunnel with a panel and interactive shiny red button – press it and the adjacent room will be visible, showing off a nuclear warhead. There’s also a room with computer servers and a looping on-screen countdown. There’s an option to reboot computers here, which suggests that the laptops that can be interacted with might be the next part of the puzzle.

How to get into the other Warzone bunkers

While Bunker 11 has the legendary weapon blueprint, there are another ten Warzone bunkers spread across the map, some of which can be opened using Red Access Cards. Only three can be opened at the time of writing: 0, 6, and 9. The others remain a total mystery, but we’ll post their locations below in case they open up in the future – orange denotes inaccessible bunkers while blue is for the bunkers that can actually be opened right now. 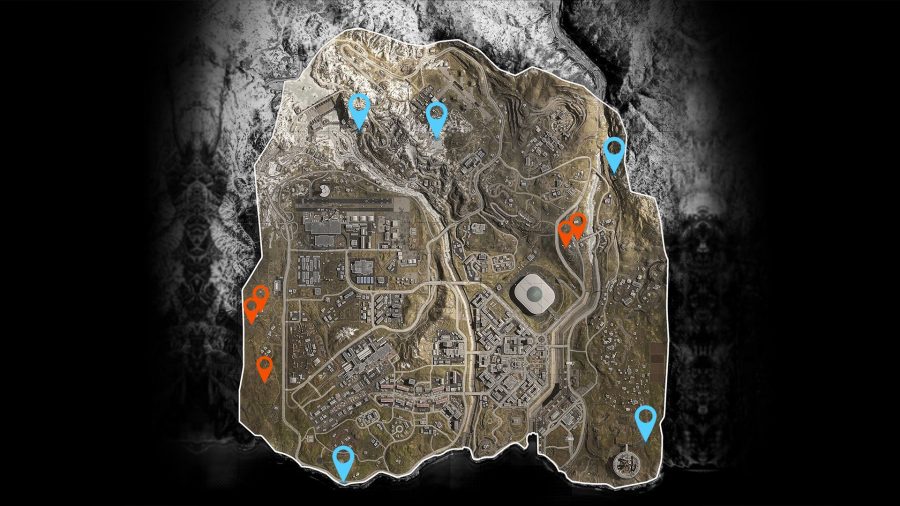 As for getting Red Access Cards, these are dropped randomly from chests in the open world. They have a higher chance of dropping from the red legendary crates, but they can drop from any chest. Once you’ve got one you’ll see a little key sign where you’d normally see the Self-Revive indicator, confirming you’ve got one.

The easter egg trail has gone cold since the bunker 11 opened up, but map changes continue to raise eyebrows. Season 4 brought fully textured interiors to a couple more bunkers, one of which contains an even larger nuke, and new shacks have sprung up in a couple of locations that link to one near Prison that contains a prototype for the RC-XD – a drone that was featured in the first Call of Duty: Black Ops.

Season 4 also added train tracks to the Warzone map, which left many puzzled, which was until a teaser was sent to NICKMERCS that shows the view from a train, engine rumbling in the background. We’re not sure what this has to do with the nuke, and it could simply be a separate map update due to arrive with the Warzone Season 5 release date.

There’s also a high likelihood that whatever is going on will take place at Stadium. A short teaser that was provided to streamer Tyler Polchow shows an explosion going off in what would appear to be the interior of Stadium.

The prevailing theory is that the bunkers and the nuke are all tied to a live event that will partially reveal the rumoured Call of Duty: Black Ops Cold War. TheGamingRevolution mixes some theory and leaks in a very thorough breakdown of the easter egg so far. 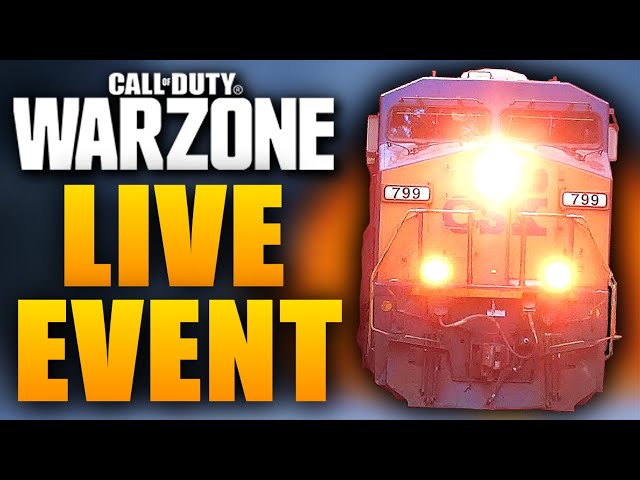