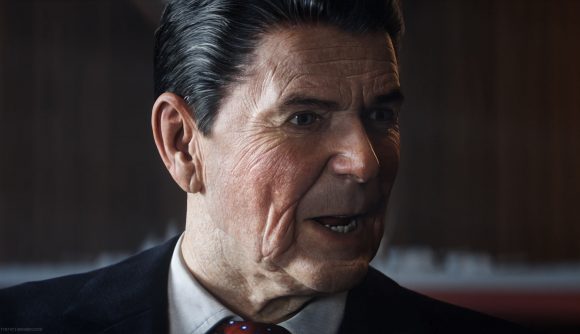 The conversation around skill-based matchmaking has kicked off again following Call of Duty: Black Ops – Cold War‘s alpha on PlayStation. Players who participated believe it’s, eh, a tad excessive, to cut it short. One tweet, however, drew a series of responses from one of Treyarch’s technology gurus, Martin Donlon, who assures players that SBMM is tuneable, and isn’t something that’s merely flipped on or off.

The tweet that prompted Donlon’s reply points to Call of Duty 4, Black Ops 2, and Modern Warfare 3 and 4 as examples of popular titles in the series that didn’t have skill-based matchmaking. That’s not quite the case, though, as Donlon chips in to say that all of them did have it in some shape or form. After the Twitter user questions that, Donlon mentions that he was responsible for SBMM’s implementation in Black-Ops 2.

The Twitter user then says that, from a player’s perspective, they found the SBMM in Modern Warfare to be “extreme”. Donlon says that’s a perfectly valid viewpoint to have, and implies it’s something that can be acted on. “SBMM is one of many many tuneable parameters in a matchmaking system,” he says. “It’s funny watching people talk about it like its a big switch that can only be turned on or off.”

If you’ve pre-ordered the upcoming PC game you’ll be able to try Call of Duty: Black Ops – Cold War’s beta on PC October 15, and It bears reminding that the game will be different by then.

Another feedback point from the alpha was how good sniping was. Treyarch’s Tony Flame was swift to address that on Twitter, too, explaining that snipers would receive a balance pass before the upcoming series of betas rolled around.

Perfectly valid viewpoint to have. SBMM is one of many many tuneable parameters in a matchmaking system. It's funny watching people talk about it like its a big switch that can only be turned on or off.

“Ok, let’s talk sniping in Cold War,” he tweets. “Cross-play is coming, but we knew it wouldn’t be in alpha. We buffed Snipers to evaluate their performance in this alpha specifically. Sniper rifles will have balance changes for the upcoming beta based on our analytics data this weekend.”

The Cold War beta is still a few weeks away on PC, but if you want to study up you can read our Call of Duty: Black Ops – Cold War guns guide to see what we’ve dug up on other weapons that aren’t snipers.