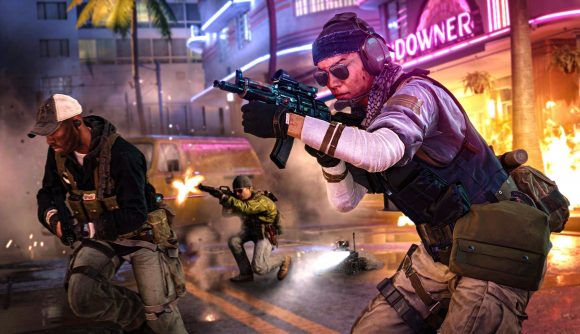 Now that Season One of Call of Duty: Black Ops – Cold War is here, the war game has merged with battle royale mode Warzone. Included in the big update is a slew of new items to fetch from the Battle Pass, a new Warzone island to parachute into, and a balance patch to shake up the meta. Players can now bring COD: Black Ops Cold War weapons and perks into Warzone, too, as part of the integration. The only problem is, though, that lots of PC players are being error coded, and haven’t been able to take part.

After downloading the patch this morning, players flocked to Reddit to report that they were being hit with a Zed 398 Swift Clover error code, and couldn’t join matches. Several people say they can try the new Rebirth Island map in customs, but that’s as good as it gets right now.

One of Treyarch’s developers popped up on Reddit to share that the team is looking into it, and since then the developer has taken to Twitter to explain that the issue is limited to PC. In the meantime, however, cross-play has been temporarily disabled on PC “to keep lobbies healthy”.

When you do manage to get a game on Call of Duty: Cold War, you’ll find the meta to be firmly shaken up. Treyarch has nerfed the M16 by reducing the range and fire-rate and has toned the AUG down by lowering its headshot multiplier, maximum effective range, and fire rate.

There are plenty more changes, too, but those weapons were the dominant ones in the meta previously. If you’d like to see the full patch notes, you can find them on Treyarch’s website.

We are aware of the current “Zed 398 Swift Clover” error when attempting to play Season One content on PC, and our partners at @BeenoxTeam are actively investigating.

To keep lobbies healthy and full, crossplay has been temporarily disabled on PC while a fix is investigated.

If you’re looking for more help in Treyarch’s latest, our best Call of Duty: Black Ops – Cold War class guide will help you kit yourself out. That’s, uh, when you can actually load into a game.