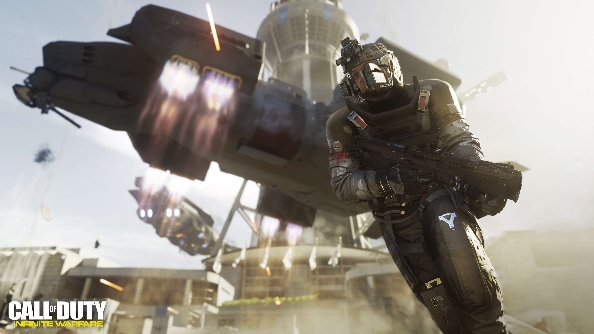 Another year and, right on schedule, another Call of Duty. This time series creators Infinity Ward are back at the helm, and they’re taking us further into the future than any COD has before. With robots, spaceships, and planetary landings, Call of Duty: Infinite Warfare has the most sci-fi elements the series has ever seen.

If shooting bad guys is just your kinda thing, then you could do worse than playing the best FPS games on PC.

If this new direction for the series interests you, then you’ll want to know every last detail. And that’s where we come in. Here’s everything we know about Call of Duty: Infinite Warfare. 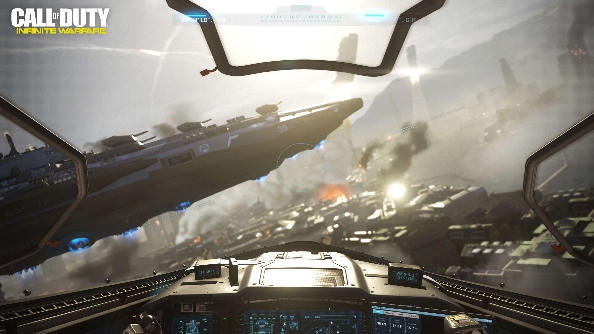 The release date for Call of Duty: Infinite Warfare is November 4. As ever, it’s in the traditional slot that primes it for being the big Christmas hit.

At release the game will be available in a number of different versions, the standard and Legacy editions being the two key packages. The latter comes bundled with Modern Warfare Remastered, an updated version of Call of Duty 4 with flashier graphics. 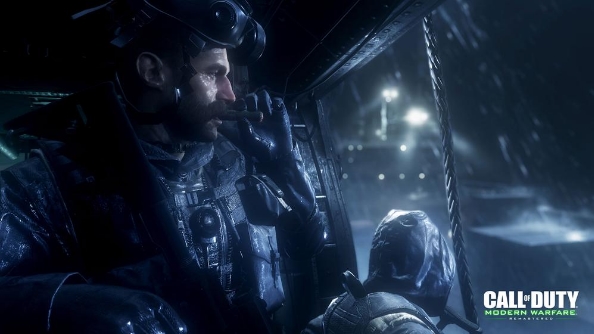 If you want the updated version of Call of Duty 4, you’ll need to buy the Legacy Edition of Infinite Warfare, as the game will not be sold separately.

To see the difference between the original 2007 release of Modern Warfare and the remastered version, take a look at this video from Digital Foundry.

As you can see, the game appears to be almost a complete remake as opposed to a simple up-scale of old assets. There are objects in the world that have been changed for brand new models and the lighting is far superior. It seems that the game could well be running on a new engine. Raven Software, the studio behind the remaster, certainly seems to have put a lot of effort into it. This doesn’t look like a cynical cash-grab job.

Modern Warfare Remastered will come with the complete Call of Duty 4 campaign, as well as 10 multiplayer maps. Not all of the maps have been announced, but confirmed so far are Crash, Backlot and Crossfire.

Those multiplayer maps will also be available to play on dedicated servers. The COD series has had a somewhat on/off relationship with dedicated servers, so it’ll come as a relief to anyone hyped for Modern Warfare Remastered that they’ll be present and correct. 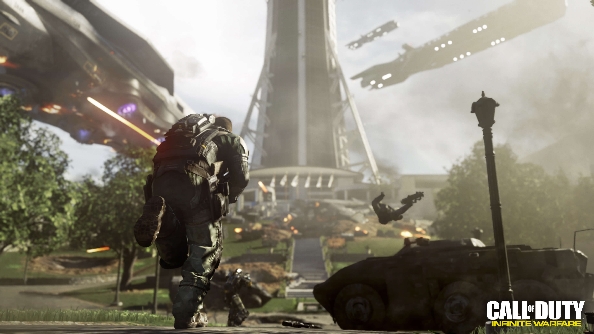 The sci-fi setting of Infinite Warfare is set in a time period beyond that of the near-future Black Ops games, with humanity having developed space-travel and visited other planets within our solar system. Spaceships in the form of traditional sci-fi dreadnoughts and freighters can be seen in the trailer, as well as the personal, fighter jet-like Jackal the player can use.

While it’s all very sci-fi, it appears COD is remaining ‘grounded’ in that your enemies are other humans. The good guys – SCARS, soldiers trained to fight in space – are hit by a huge surprise attack from another force known as the Settlement Defence Front, but that enemy does not appear to be alien in nature.

There are robots though, akin to Black Ops, that appear to fight alongside the heroes. The technology looks similar to the kind seen in Advanced Warfare, so perhaps they could share universes, albeit several decades apart.

The above video comes from E3 2016, and demonstrates a mission from the Infinite Warfare campaign. You can see things like the grapple hook in action, as well as the seamless flight systems. There’s also an interactive map at the HQ featured at the start of the demo. Could this indicate optional missions or a non-linear, choose-your-level progression?

While Call of Duty tends to add small elements to the traditional mix each year, Infinite Warfare looks to be the biggest departure in gameplay yet. Your Jackal ship can be flown freely in outer-space to engage in Star Wars-style dogfights, as well as being used for some on-rails shooter sections.

On the ground, your SCAR suit is equipped with a grapple and thrusters to allow traversal of open terrain. Your boots have a maglock ability, so you can hang from a tower upside down for the best sniping position. Advanced Warfare had magnetic climbing but that was purely for very specific set-piece areas, so hopefully these maglock boots can be used anywhere.

Movement will be similar to the ‘chain-based’ fluid system in Black Ops 3, which comes as no surprise knowing the SCAR suit will be equipped with thrusters. Wall running seems all but guaranteed. And with some areas set in zero-gravity, expect a very different feel to movement than in previous Infinity Ward games.

At E3 2016 more footage from Modern Warfare Remastered was shown off, demonstrating the graphical improvements made to several key moments from the campaign.

The debut trailer showcases the ground, space, and dogfighting gameplay from Infinite Warfare, and 30 seconds from Modern Warfare Remastered.

Are these the changes you were hoping to see in Call of Duty: Infinite Warfare? Tell us your thoughts in the comments.