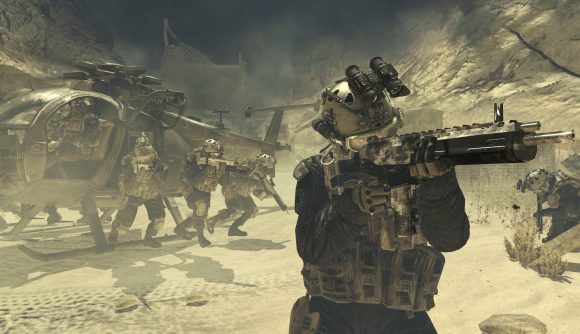 Breaking news: a new Call of Duty game is in development and is expected to launch this year. If you hadn’t already seen the leaks, you could probably have guessed as much, but alongside today’s financial earnings report, Activision Blizzard and Infinity Ward have made it official. The details so far are vague, but they seem to line up with earlier reports that this year’s game would be a direct sequel to 2019’s Modern Warfare.

“Development on this year’s premium and Warzone experiences is being led by Activision’s renowned Infinity Ward studio,” the company says in a press release. “The team is working on the most ambitious plan in franchise history, with industry-leading innovation and a broadly appealing franchise setting.”

There’ve been numerous reports from reliable insiders suggesting that this year’s game would be called Modern Warfare 2, which fits with the idea of a “broadly appealing franchise setting”. Elsewhere in today’s report, Activision says Call of Duty in 2021 was down compared to 2020, “reflecting lower premium sales for Call of Duty: Vanguard versus the year ago title and lower engagement in Call of Duty: Warzone”.

That might be the reason why a back-to-basics approach with Infinity Ward is being announced now. Infinity Ward has also announced the news directly to fans via social media, saying that “a new generation of Call of Duty is coming soon”.

A new generation of Call of Duty is coming soon.

For more FPS games to check out ahead of the next CoD, you can follow that link.