The latest gun-toting FPS from Infinity Ward and Activision uses a brand new engine “purpose-build for Modern Warfare”. The Poland-based team behind the new tech touts major improvements to reflections, shadows, ambient occlusion, the geometry pipeline, and, most of all, volumetric lighting. That means we can expect a major overhaul to visuals – and potentially a performance impact, too.

With a new engine offering heaps of shiny new textures and effects, Call of Duty: Modern Warfare performance tears up the rule book of what we’ve come to expect from the series. But you don’t need to stay in the dark much longer, scroll down a little further and you’ll find a comprehensive breakdown of Call of Duty: Modern Warfare performance across today’s best graphics cards and best CPUs for gaming.

Call of Duty: Modern Warfare has no built-in benchmark run, leaving us with no other option but to improvise with our own foolhardy jaunt through the game. We’ve settled for the first mission, Fog of War, as it offers breadth of effects and testing scenarios. These include: foggy landscapes enhanced with volumetric lighting, intense firefights spanning many of Call of Duty: Modern Warfare’s weapons, heaps of explosions, and plenty of character models up close and personal.

The by-product of using our own run is that the scores below will not be comparable to those reported elsewhere. So keep that in mind when shopping around for precious performance data.

There are also no graphical presets in game, so we’ve devised our own of those, too. It’s all pretty self-explanatory, our ‘high’ preset references the utmost fidelity available in-game, DirectX Raytracing disabled for now, while for the ‘normal’ preset we’ve knocked some of the most impacting settings down a few rungs. For the most part, however, both offer gorgeous gameplay with only a few sacrifices for the top tier. You can find a full breakdown of our settings for both below. 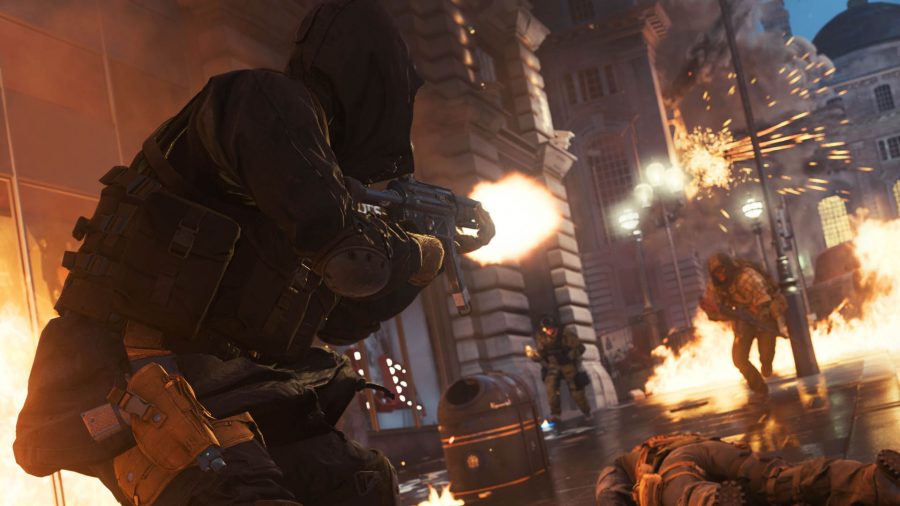 What is the best graphics card for Call of Duty: Modern Warfare?

The best graphics card for Call of Duty: Modern Warfare in our testing was the RTX 2080 Super, unsurprisingly offering the best blend of GPU grunt, memory capacity, and RTX beautification. However, even the humble AMD RX 570 4GB is capable of delivering stellar 1080p performance with only moderate tweaks to the graphics settings.

Call of Duty: Modern Warfare’s new and improved engine offers fantastic performance across the entire range of graphics cards, past and present. With one of Nvidia’s finest GPUs, the RTX 2080 Super, you’ll be able to hit 1440p performance on the high preset with 75fps minimum (99th percentile). Similarly, the RTX 2060 Super, just one step up from entry-level RTX 20-series, manages 56fps minimum at 1440p, which should just about tide you over with smooth, high-res gameplay. More often than not, both cards offered high fps on average – as you can see in the graph below.

The high memory demands of the high preset were too great for AMD’s RX 570 4GB. Its slight pool of GDDR5 memory was quickly overrun by the game’s highest texture settings, and even removing shadow caching – which reduces memory load considerably – was unable to see this card through the first few seconds of the game without crashing.

The RX 570 4GB was able to run admirable with the normal preset, however. At 1080p, you can expect 80fps on average and just a touch over 61fps minimum. That’s what we like to see.

It’s popular mainstream counterpart, the Nvidia GTX 1060, also fares well at 1080p. It manages to hit 78fps on average and 54fps minimum. Its slightly greater 6GB pool of GDDR5 memory was also just enough to see it through the high preset, but we’d still recommend dropping the settings further for the smoothest FPS experience. Luckily, the 16-series mainstream replacement, the GTX 1660 Ti, can fill the gap left by this card admirably.

Moving onto the front lines and the battle between AMD’s RX 5700 and Nvidia’s RTX 2060 Super is still raging on in Call of Duty: Modern Warfare. Both cards feature plenty of GDDR6 memory, 8GB a piece, which is speedy enough to net top fidelity and look great doing so.

AMD’s RX 5700 comes out just on top of Nvidia’s RTX 2060 Super, but only by a hair. Either is plenty capable of 1440p without stutters or slowdowns, with the RX 5700 managing a little over 60fps minimum. Ostensibly, you won’t notice much performance degradation on the RTX 2060 Super, either. 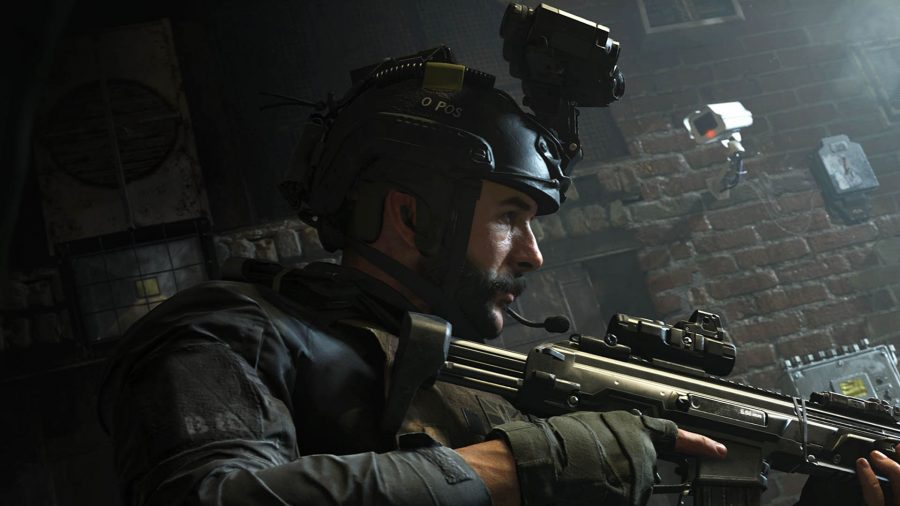 How well does ray tracing run in Call of Duty: Modern Warfare?

Ray tracing in Call of Duty: Modern Warfare has a sizeable impact on performance, although nothing out of the ordinary for today’s implementations.

Call of Duty: Modern Warfare utilises just a single ray-traced effect: shadows. With official RTX support from Nvidia, you’ll need to own one of the latest RTX 20-series graphics cards to make the most of it, too. The detailed and damaged world around you offers plenty of opportunities for real-time ray-traced shadows – in turn taking a chunk out of fps.

The RTX 2060 Super struggles to maintain a steady 60fps minimum with DXR turned on, even at 1080p. It will, however, maintain frame rates in the mid-80s on average, which should see you through the game with minimal fuss. With fairly low minimum frame rates, higher resolutions seem out of the question with this card in an fast-paced shooter like COD. 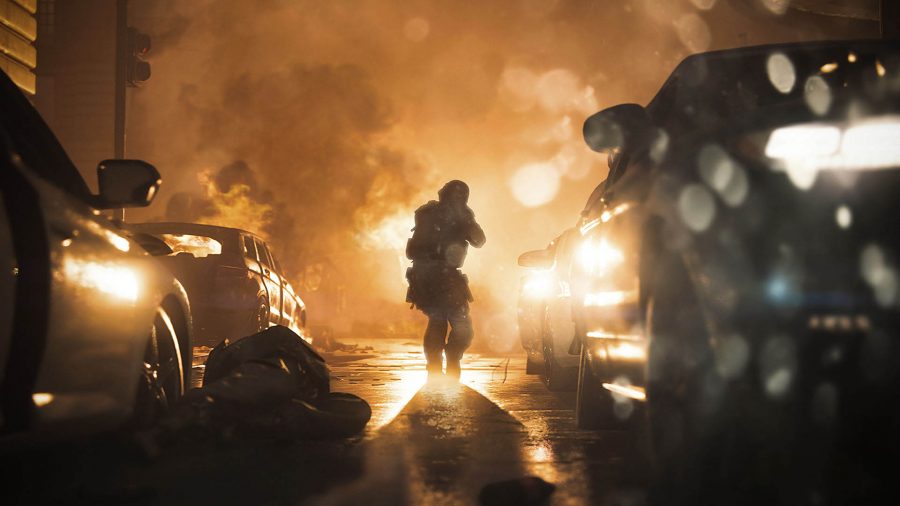 What is the best CPU for Call of Duty: Modern Warfare?

Surprisingly, we’ve seen little to no impact in moving from a six-core 2nd Gen Ryzen CPU to the “world’s best gaming processor.” Neither the Ryzen 5 2600 or the Intel Core i9 9900KS offered any considerable bump in performance during our benchmark with the high preset enabled at 1080p, which would ostensibly be the most demanding for CPU silicon.

The eight-core i9 9900KS was the top of the pile for performance, but only by a slim margin over the 12-core AMD Ryzen 9 3900X. It seems, like most, Call of Duty: Modern Warfare’s new engine respects single-threaded performance over multithreaded chops – and the former chip has the edge in that department at 5GHz all-core.

Even AMD’s six-core 2nd Gen Ryzen 5 2600 performed exceptionally well in the title, managing just a few frames shy of the Zen 2 Ryzen 9 3900X on average and even besting the Coffee Lake Core i7 8700K on minimum frame rates. 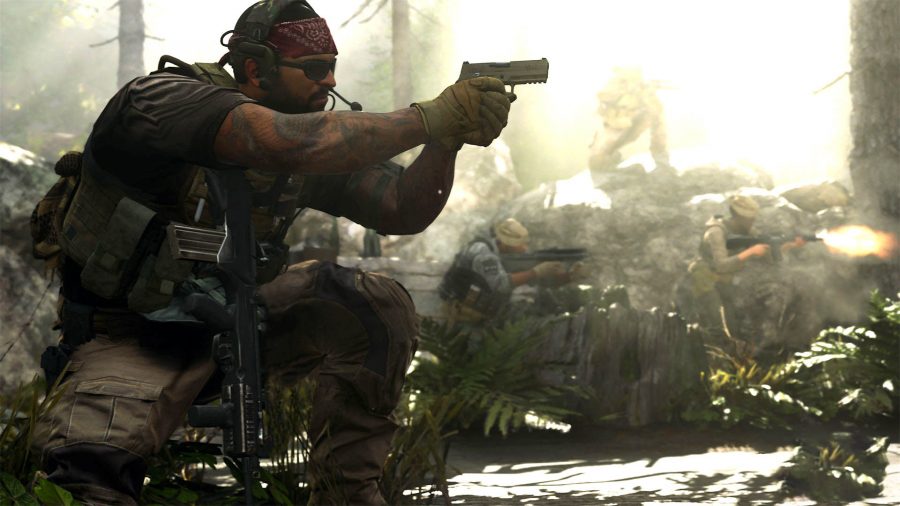 What are the best settings for 60fps in Call of Duty: Modern Warfare?

If you’re struggling to hit 60fps in Call of Duty: Modern Warfare then you’ll want to tweak the following settings: shadow map resolution, anti aliasing, and ambient occlusion. While you’ll want to stop short of disabling these in their entirety – gaming without anti aliasing is a miserable affair – dropping these down one or two notches can see your performance dramatically increase without noticeably visual degradation.

Beyond these minor tweaks, texture quality will have the largest impact on GPU and memory performance. It can be crucial to reduce the load from textures on graphics cards with smaller memory pools – such as the RX 570 4GB. Texture quality will have a more noticeable impact on the overall quality of the image, however. So don’t go too wild unless absolutely necessary.

With stunning visuals courtesy of a streamlined new engine, Call of Duty: Modern Warfare offers superb frame rates at little to no expense of visual fidelity on even past generation graphics cards. Perfect for a modern, fast-paced FPS.