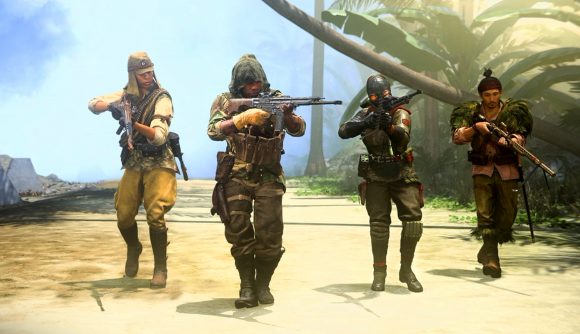 “So long Verdansk, our squad’s dropping in Caldera! Wait, what? I can see you’re talking in game, but I can’t hear you. Is my gaming headset busted?” – If you’ve found yourself in a similar situation while playing Call of Duty: Warzone, you’re not alone. Despite launching over a year and a half ago, players are still encountering problems getting voice chat to work with their cross-play comrades.

Thankfully, there’s an easy way to fix this particular bug, so you won’t be forced to adopt hand and arm signals in order to communicate with your teammates. Strangely, this fix was first identified by YouTuber Evil Nickel before Warzone came out, but this makes some sense given that the battle royale began as an additional mode in Call of Duty: Modern Warfare.

Before we jump into the fix, it’s worth noting that you should first make sure that your Windows Sound Control Panel is properly configured and pointing to the right devices.

Here’s how to fix the Call of Duty: Warzone cross-play voice chat bug on PC:

Be warned, this may erase your progression in Call of Duty: Modern Warfare’s campaign. However, your Warzone unlocks will remain unaffected.