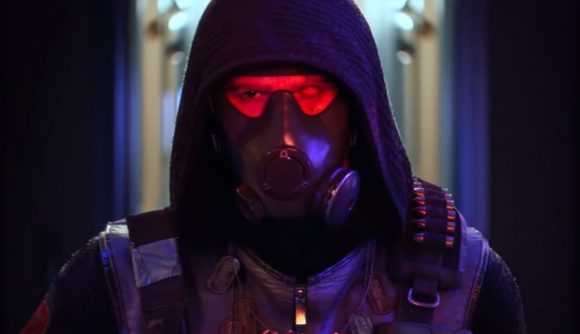 February 8, 2021 Warzone’s Armored Royale LTM has been disabled as the devs investigate an invisibility glitch.

After fans discovered an invisibility glitch in the latest Call of Duty: Warzone LTM, developer Raven Software tweets that “Armored Royale has been removed from the Warzone playlist while we investigate an issue allowing players to turn invisible.” Original story follows.

When one door closes, another one opens. We typically use that phrase to make ourselves feel better about missed opportunities, but lately, it seems to more aptly sum up Call of Duty: Warzone’s run with recurring glitches. Just last week, Raven Software stamped out the latest iteration of the war game’s infinite stim glitch, which has popped up several times.

Now, though, Warzone has got another invisibility glitch. Clips began to fill up Reddit and YouTube over the weekend after the new Armored Royale mode went live in a recent update. It’s Warzone as you know it, but each team kicks off with an armoured vehicle equipped with a turret and portable buy station. Players can also respawn in the truck for the majority of the game.

All the clips unfold similarly. Someone freely being able to wipe out an entire squad while invisible. We currently don’t know how to do it ourselves, but it seems likely to be tied to the miniguns on the armoured trucks. Late last year, players could turn invisible by abusing an exploit with the attack helicopter. Raven Software ended up disabling it, so we could see a similar fix here.

You can catch a clip of the exploit below, courtesy of Modern Warzone:

The invisibility glitch is still in #Warzone. 😅

If it’s not one thing it’s always the other. pic.twitter.com/aHIG8WE3OX

If you’re looking for the best Warzone loadouts, you know where to click!