Winter has its cold, hard grasp on those of us in the northern hemisphere, or, er, its warm and loving embrace in the southern hemisphere. Either way, it’s Christmas! This means that plenty of games will become temporarily festive with their seasonal winter events, including Fall Guys, Destiny 2, and Fortnite to name a few. It’s not a new trend, but rather an evolution of the relatively ancient one of games getting Christmas-themed expansions.

For those of you who weren’t born in the 20th century, December usually meant every developer of ‘shareware’ games (Google it) released holiday versions of their biggest hits. Some of the most famous examples were Holiday Lemmings (Christmas Lemmings in the UK), Duke: Nuclear Winter (a holiday-themed Duke Nukem 3D), and Jazz Jackrabbit: Holiday Hare.

These were usually good for some holiday gaming fun, unlike the completely different standalone Christmas games, which were universally crap. I still have horrible memories of Santa’s elves farting and spanking their bare bums in Elf Bowling, which we had on the family computer. It might have been my fault.

Naturally, games in 2020 have come a long way from the simplistic holiday cheer we saw in the ’90s. So for a bit of a festive giggle, and because we all need a bit of cheering up, I decided to come up with six holiday-themed versions of this year’s biggest games. 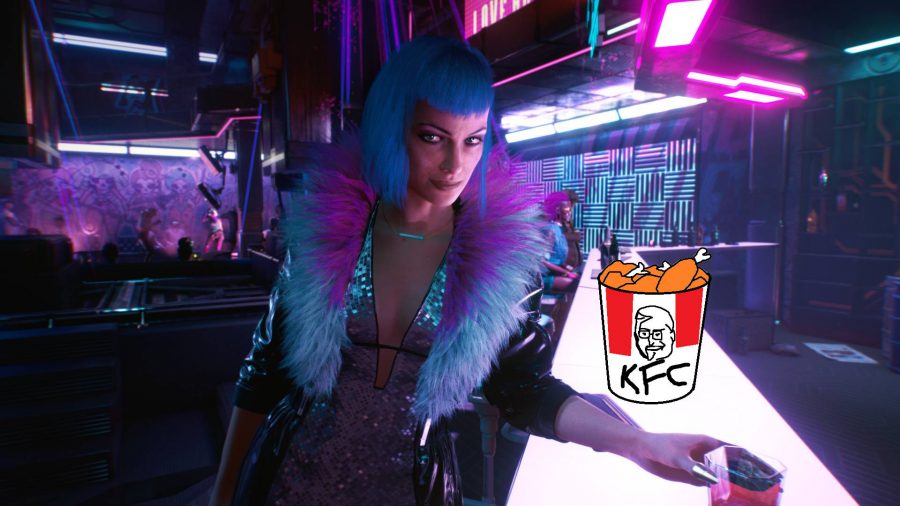 What screams ‘cyberpunk’ like corporate greed? The holidays are the most profitable time for big businesses, and in a world where megacorporations have taken over, consumerism is now the true meaning of Christmas. As far as I could find, Mike Pondsmith hasn’t set out the lore about what happens in December during Cyberpunk 2020 or Cyberpunk 2077, but I can hazard a guess.

Megacorporations are extremely powerful and Arasaka has likely bought a few smaller firms for a few billion eddies here and there. We’re talking about retailers, designer firms, and fast food joints (that last one’s important). Arasaka could definitely convince the mayor of Night City that buying presents during the holidays is good for the economy, and force them to pass a law requiring that during the month of December, everyone has to spend at least 15,000 eurodollars on gifts. It doesn’t matter what gifts, just gifts. From shops.

The other thing about Arasaka is that it’s proud – outwardly, at least – of its Japanese heritage, and one of the most popular traditions in real-life Japan at Christmas time is to eat KFC. Seriously. It has become a custom to go to Colonel Sanders’ Kentucky Fried Chicken shop and grab a festive Christmas Bucket. It includes an entire chicken, smothered in those famous 11 herbs and spices.

If Arasaka bought KFC, then why not also pass a law stating that everyone has to buy a bucket of chicken on Christmas day? This would translate to gameplay as queuing outside one of the few remaining KFCs in Night City, hoping to walk away with a fried chicken before Boxing Day. Scintillating stuff, I know. 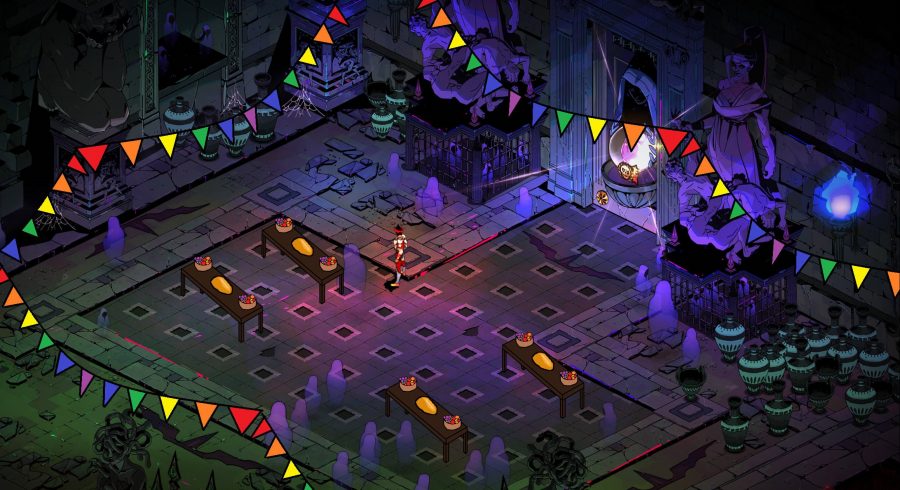 Before you point out that the ancient Greeks didn’t celebrate Christmas, Hanukkah, or any of the modern winter holidays: yes, you’re absolutely right about that, but as you also probably know, the idea of winter festivals long predates the birth of Christianity. The Greeks did in fact celebrate Haloa (or Alo) during the month of Poseidon, which is between the end of December and beginning of January.

This festival was principally celebrated in Eleusis (a seaside town northwest of Athens) to honour three of the Greek pantheon: Demeter, protector of the fruits of the earth; Dionysus, god of grape and wine; and, obviously, Poseidon, god of the sea and, thus, seashore vegetation. Haloa wasn’t a universal holiday though – only women were permitted to celebrate it, their celebratory meals and entertainment funded entirely by the men of their family. Priestesses would also handle the offerings to the gods, rather than the Hierophant.

These festivals were basically piss-ups, with sexual symbolism in abundance and the quaffing of much wine to please Dionysus. To celebrate, why not have only those three gods appear during every run in Hades? You’ll also be able to find a special item that you can give to each one of the three gods to gain access to powerful perks, including new dual perks that focus on bolstering health and wellness.

There would also be a reference to this festival in every room, whether that’s a makeover to the healing fountain or Charon’s shops, or just some nice bunting around the halls of Tartarus. Each god could have a table with ghosts feasting there, and a vast van of wine in the corner supervised by Dionysus. Depending on what Supergiant Games can get away with, it could also include implied decorations of a lewd nature – you know, to get into the spirit of the holidays. Happy Eleusis! 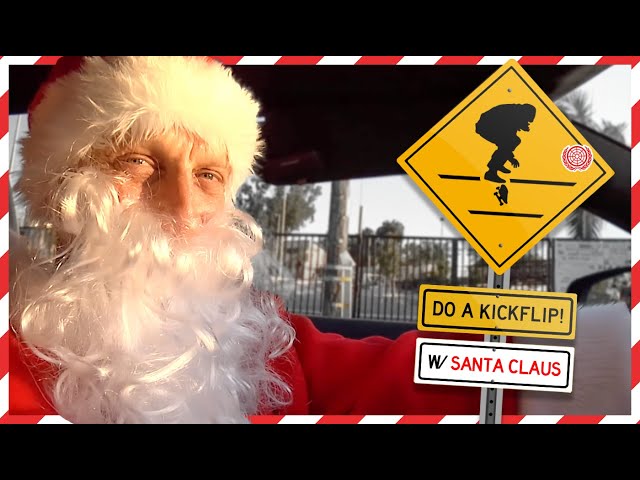 Nice and simple one this: have Tony Hawk stand somewhere on every level, shouting at you to do tricks, while dressed as Santa Claus. It’s something that happened in real life, and as we all know, Tony Hawk is one of the nicest blokes out there. In the spirit of the season, every trick you land that Santa Hawk requests will unlock new boards, cosmetic items, and other bonuses. Perhaps a rare compilation of Santa skaters doing tricks, or failing to do tricks.

You need more than that? Ok. Umm… How about every single level being decorated with snow and Christmas decorations? A new level you unlock by doing an incredibly difficult trick for Santa Hawk that’s basically a half-pipe outside the Rockefeller Center, surrounded by people getting drunk and brawling in the streets? Ah, much more like Christmas already! Maybe Macaulay Culkin can make an appearance. 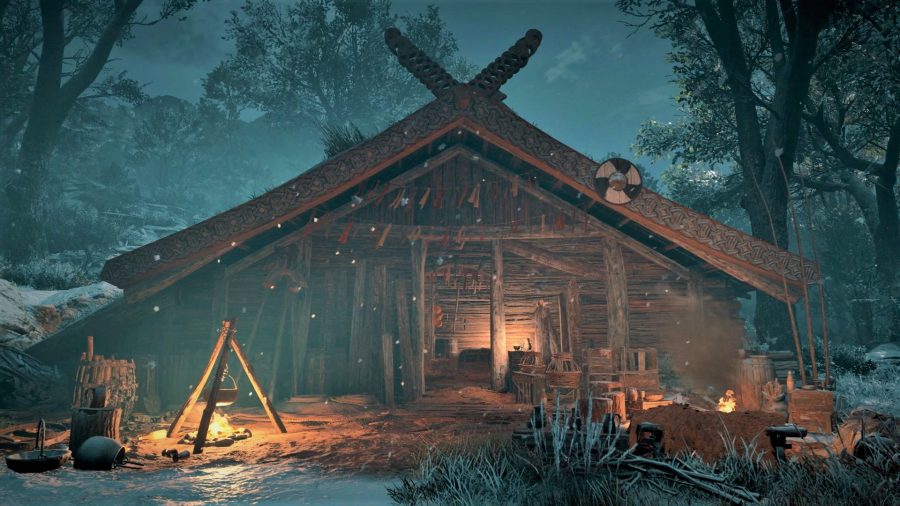 Ok, ready for another festive history lesson? Before we begin, I’m acutely aware that there is an Assassin’s Creed: Valhalla Yule festival update that goes over the Viking celebration of Yule. It’s the merry occasion that gave us the Gävle Goat, which is a giant straw goat that gets built in Sweden every year and is promptly burnt down by the locals. On a side note, the whole ‘burning’ part is actually the result of unlawful arson attacks – at the time of writing, this year’s goat is still standing, bleating in the faces of any would-be arsonists.

However, I don’t think Valhalla’s Yule festival is fully accurate, and I think that Ubisoft is missing a trick. Upon researching Saxon winter festivals, I noticed a juicy tidbit while reading about certain long-gone traditions. There’s a passage from Egbert of York – a contemporary of Saint Bede – which says that, “the English people have been accustomed to practise fasts, vigils, prayers, and the giving of alms both to monasteries and to the common people, for the full twelve days before Christmas.”

I then discover something a little more relevant to the time of Valhalla. “It has been suggested that Alfred’s rigorous observance of his own law left him vulnerable to his Viking adversaries, who defeated him in battle on 6th January, 878: the day after Twelfth Night. […] We can assume this was not because of overindulgence in food and drink.” This kind of implies that the Vikings used the winter festival to attack at just the right moment – while the enemy’s weakened from all the fasting.

So not all Vikings were quaffing booze, firing arrows at targets, and getting tattoos during the harsh winter season, but rather, they were preparing for an attack. Perhaps, as an Assassin who is also a Viking, you could masquerade as a cleric going around, collecting alms for the local monastery while also gaining vital intel for raiding towns as soon as Twelfth Night has ended, all while the enemy is demoralised from a lack of food due to the constant fasting. 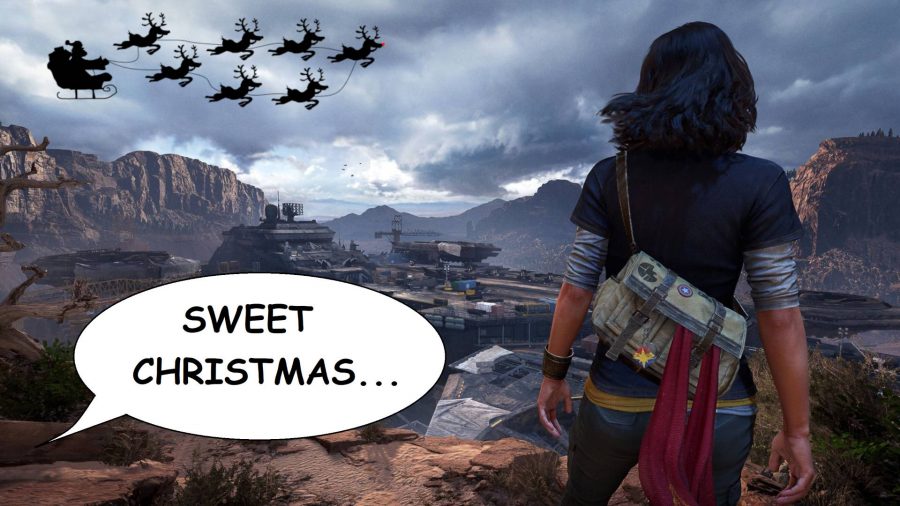 Did you know that Santa Claus is officially canon in Marvel comics? Knowing the internet, you probably did, but this was a revelation to me when I typed “Marvel Santa” into Google for ideas! Apparently, Jolly Old St Nicholas saved New York city from the Hate-Monger (a clone of Hitler) by distracting one of his pilots long enough for him to crash into a nuclear bomb. On another occasion, Deadpool was given Santa as a target by a group of children that never got their Christmas presents, only for Deadpool to discover that one of Santa’s elves was the culprit instead. He’s also appeared in Howard the Duck’s comics, and has multiple origin stories.

So who better to spread some holiday cheer, and perhaps some justice too? Santa has a full list of abilities that would make him a great addition to the roster. His natural charm can warm the hearts of anyone around him (read: ignite in an instant). He can fly around on his sleigh, hurling coal down at the myriad enemies of Christmas. If you play on December 24, he can have boosted stats, since his powers grow on that one day of the year.

While recreating Hate-Monger is probably not ok, you could perhaps have Red Skull as a stand-in. You could also have Luke Cage join in, accompanying Santa on missions and muttering “Sweet Christmas” at any given opportunity. 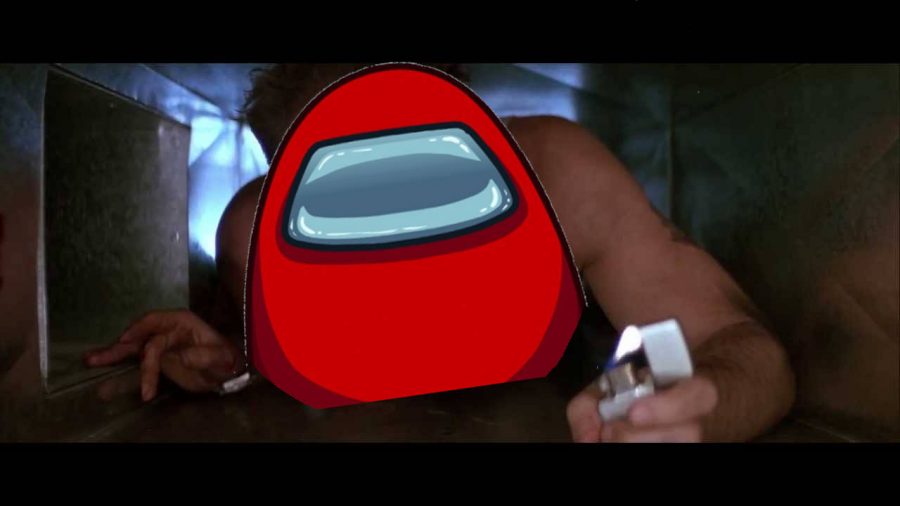 What if Among Us, but Die Hard?

“Die Hard is a Christmas movie, isn’t it?”

It’s a question often debated, because instead of being about glad tidings and good will, Die Hard is about shooting terrorists and a Twinkie-loving cop learning to kill again. But the more I think about it, the more it works perfectly with Among Us’ gameplay: an impostor wandering through vents, trying to stop an organised group from completing their tasks.

We’ve always assumed that the impostor is the bad guy in Among Us, but with a special Nakatomi Plaza map, this could be turned on its head. Instead of an alien, the impostor could be John McClane trying to take out all the terrorists. Heck, broken glass could be scattered around the floor, alerting anyone who hears that sickening crunching sound. It wouldn’t be a perfect recreation as the terrorists wouldn’t be able to fight back, but it would certainly be better than just a few random Santa hats and candy canes. Better still, the impostor kill animations could recreate some of the takedowns that Bruce Willis does in the film.

2020 has been a bit of an annus horribilis for everyone, so I hope that these silly ideas put a smile on your face. Perhaps next year we will see some of these come to life (I’m looking at you, Among Us), and hope that 2021 is a significantly better year.