There’s nothing quite as satisfying as a well-managed production chain. Or at least, so I’m told. The coal-to-electricity complex I’ve designed is supposed to do three things: extract raw coal from the ground, process that coal ore into usable coal, and burn that to generate power. It’s currently a mess, with various links along the chain breaking thanks to a bus line failing to deliver enough coal miners to cover a shift, long conveyor belts between facilities, and a critical booze shortage at the local pub. My workers may be confused and angry, but I’m blissful: as someone who’s rapidly aging into his model-trains-in-the-basement years, this is the kind of game to which I will lose many happy hours.

Workers & Resources: Soviet Republic is a city builder, on the surface much like SimCity or Cities: Skylines. You oversee the construction of roads, housing, power lines, and industrial facilities, and watch as your population grows in the little clockwork town you’ve created. However, Workers & Resources makes a few important departures from the city-builder formula.

The first one you’ll likely notice is the level of detail. Workers & Resources is geared for the obsessively detail-oriented player, allowing you oversight not only over the roads and footpaths connecting your workers with your resources, but also over bus and train schedules, procurement of vehicles for mass transit and industry, which trucks will pick up which goods, and even the signals that govern the train tracks.

That coal extraction system I mentioned before is a perfect example. In most city-builders and tycoon games, important buildings come as pre-packaged machines that will start doing their thing as soon as they’ve been plunked down and hooked up to the grid. Not so in Workers & Resources: to get a coal industry started, first I need to site some mine shafts. The raw coal they produce then needs to be transported to the coal refinery. I’ve chosen to do this by setting up conveyor belts that run from the mine shafts to a large aggregate storage yard – kind of an open-air warehouse for raw materials. In the industry, this is often called a ‘pile of stuff.’ Another conveyor system I’ve set up transports the raw coal into the refinery, which spits out usable coal. 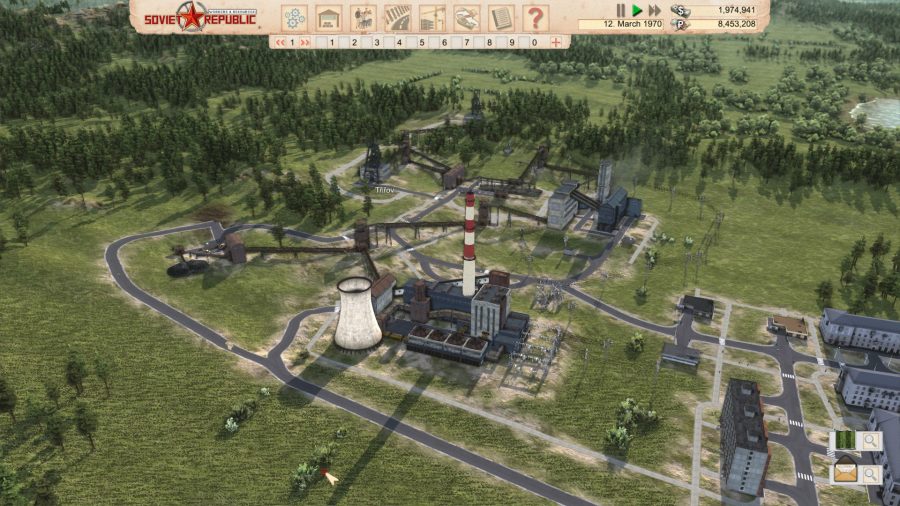 At the moment, I’m producing way more coal than I need for my power plant, so I’ve split this output – one conveyor line takes it to the plant, and the other goes to a loading point, where it’s poured into the backs of two very large dump trucks. These then transport it to the border for sale to the USSR.

This brings us to Workers & Resources’ second major point of departure from the SimCity gold standard. Set in a fictional Soviet republic starting in 1960, Workers & Resources solves a perennial thematic problem that city builders generally face: whither thou, democracy? No city in the United States functions the way cities work in SimCity, which allows a benevolent dictator to unilaterally establish zoning, taxation, transportation policy, and city ordinances. Workers & Resources depicts a true command economy in which all decisions are handled by a central authority. While I’m playing it, I am Louis XIV: L’état, c’est moi.

Under the explicitly Soviet system in Workers & Resources, the flow of those titular concerns into and around the economy you build makes sense thematically. Farms, mines, bars, housing, stores, and railways are built and maintained by the state (once again, that’s me) according to a central plan (uh, under construction – pardon our mess). You’re free to construct giant statues of Lenin, but it’s hardly necessary to get the point across. 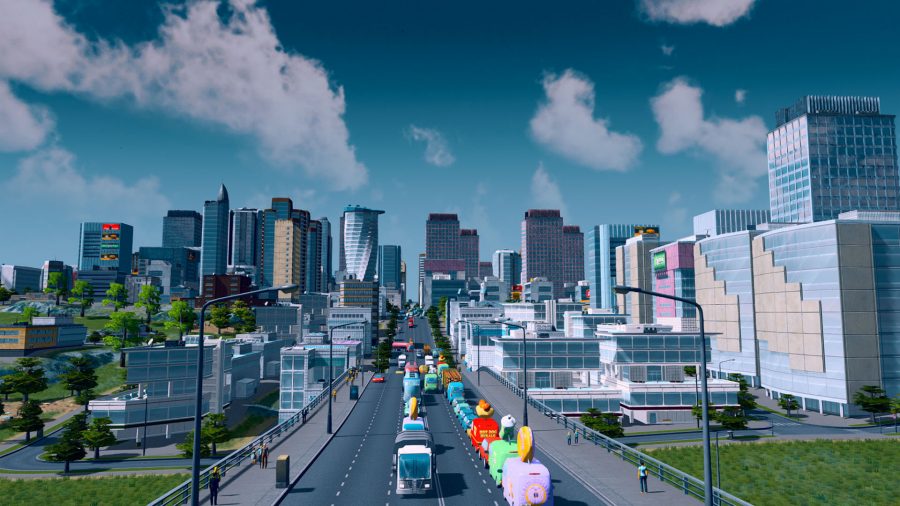 What’s interesting, though, is that almost all city builders run on this soviet system, even when they’re purporting to depict western democracies. SimCity’s municipalities aren’t governed, they’re ruled by players who are just as unaccountable as I am while I’m running my little soviet republic. Why?

The answer is because in games, authoritarianism is fun. It’s certainly a lot more fun than trying to run a democracy – which is something Reborn Games discovered with Urban Empire, a ‘city ruler’ game that pits you not only against the usual economic ebbs and flows faced by a town, but also against the political parties and democratic institutions set up as checks to executive power. You can’t simply rezone an area in Urban Empire; instead, you have to draw up a plan and get it approved by the city council, which is made up of people who might like you or hate you, and who may in either case have their own ideas about what’s right for the town.

With ‘Mostly Negative’ reviews from players on Steam, Urban Empire has issues that go beyond the technical. The problem, it turns out, is that waiting for permission to do things in games is a massive bummer. Urban Empire is a promising idea that sounds as though it should work, but in practice it’s dreadful to play. In early versions of Civilization, the most reliable campaign-killer for me wasn’t Gandhi’s nukes, it was the establishment of democracy. All the military might I had built up in the game would become a huge liability, and Congress would override every decision I made to go to war. Curse them! They’ve taken away my fun by making me follow all their wretched little rules! 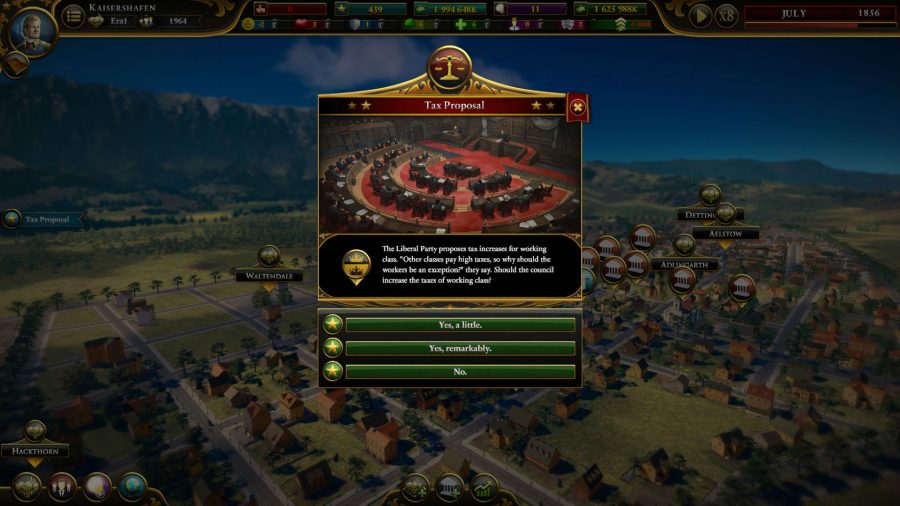 For better or for worse, we’re accustomed to games allowing us to enforce our will on their worlds. Checks and balances, vetoes, and the various other interlocking institutions of government designed to prevent autocracy are at direct odds with player agency. The answer to the question “why does SimCity use an autocratic model of city government” is “because it wouldn’t be a fun game if it didn’t.”

What’s curious to me about SimCity and Cities: Skylines, with their pristine picture-book versions of urban spaces, is that neither game acknowledges this phenomenon. Workers & Resources handles the dissonance by shifting the action to a place where the authority structure makes sense. The Tropico series also leans into the inherently autocratic nature of games and adds a dash of either nihilism or humour, depending on your read of it – the assumption in Tropico has always been that El Presidente’s ambitions are always self-serving and corrupt, and escaping that framework in the games is nigh impossible.

The takeaway from all this isn’t that games need to be more straightforward about what they’re depicting – although I’d be happy if SimCity and Cities: Skylines included at least some acknowledgement of their complete departure from democracy. The lesson, instead, is that autocracy is tempting because it’s inherently easier and more immediately satisfying than the hard work of crafting policy that’s acceptable to as many people in a society as possible. These are games that let us catch a glimpse of the atavistic little authoritarian who lives in all of us. Perhaps by recognising the bastard, we’ll be better able to keep him locked up where he belongs.