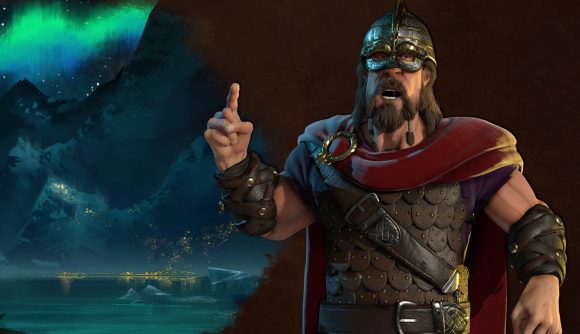 April 22, 2021 The full April patch notes have been revealed. Trebuchets!

Come Thursday, the final expansion in Civ 6’s New Frontier Pass will release. This has been a year-long experiment run by strategy game legends Firaxis in seeing how else the studio can deliver content for the popular 4X game, outside of the traditional expansion model. While the last paid expansion is this week, the final update of the entire season is next month – and it’s going to be big.

As we previously reported, Firaxis confirmed on a live stream that it’s looking to rebalance around two-thirds of all civilisations in the game, which as of Portugal’s release will bring the count to 50. We recently caught up with Kevin Schultz (associate producer) and Anton Strenger (lead designer) who you may recognise from Civ 6’s incredibly extra developer updates.

They wouldn’t confirm the details of what the April patch would bring, but it sounds like it’s going to shake things up. “We’ve been sitting in waiting on a lot of exciting balance changes for a long time,” Strenger tells us. “This is going to be probably the biggest community update event ever.”

Firaxis has done some tweaking to civs during the New Frontier season, but it sounds like the team have been waiting for the end before giving civ balance some dedicated dev time: “We could have done it earlier,” said Strenger, “But like it’s kind of trying to hit a moving target because we still had Portugal, we still had [other New Frontier Pass civs].” 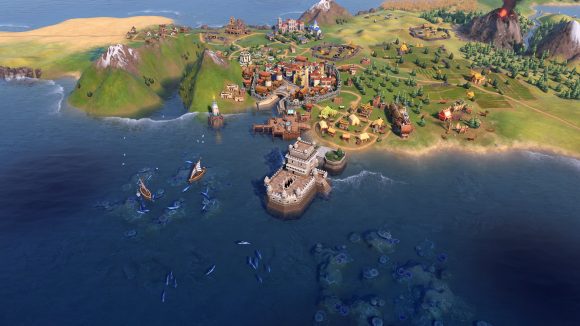 “So now that things are settled with all the new content of the New Frontier Pass, it’s like okay, cool, we’re dusting off all these ideas and tweaks that we’ve been sitting on for a very long time. I think fans are gonna be really excited once they see the full list of patch notes.”

Sadly, neither Strenger nor Schultz would talk about what was coming after April’s update, not even if they’d do something like the season pass model again. They’ve learned a lot from doing this season pass, and it’s made player engagement as high as it’s ever been, but we’ll have to wait and see as to what’s coming next.

Related: The best civs in Civilization 6

The Civilization VI: New Frontier Pass Portugal pack is due for release on Thursday, March 25. The free update expected towards the end of April.