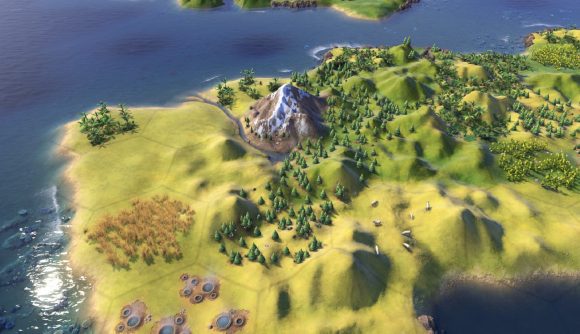 You know I was telling my wife the other day that one thing I felt 4X game Civilization VI desperately needed was more defined gradients. I mean yeah, there are other things you could fix – civ balance, AI interactions, tile yields – but man, I need more definition for those hills.

Luckily, the Civ 6 mod scene has come to the rescue with ‘Hillier Hills’, a mod that changes the heightmap of hill tiles to make them stand out more. It doesn’t do anything other than that, but why would you want anything else? Look at these hills!

There is more, as surprising at it may seem: Another mod by user Leugi – Colder Tundra – provides better textures for tundra tiles. Leugi and the creator of the thicc hills mod, Deliverator23, have teamed up to offer a combined mod that offers both visual improvements in a single package. They weren’t compatible before, which was one the great tragedies of the modern age.

Both the original and the combo variant are also compatible with one of our favourite Civ 6 mods: Environment Skin: Sid Meier’s Civilization V. 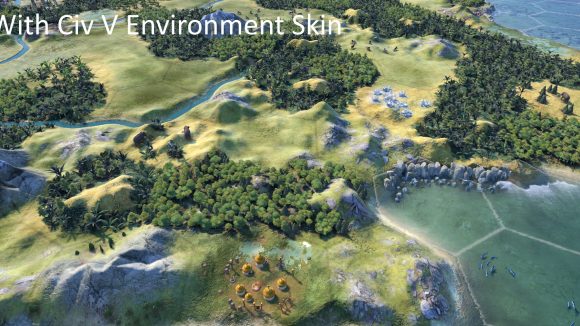 If you haven’t encountered this one before, it is basically a reskin mod that changes the visuals to be closer to what they were like in Civilization V, as there are many who still prefer the older art style to Civ 6’s more light-hearted or exaggerated aesthetic.

As you can probably tell, we’re in a slight dry spell for Civ 6 as we wait to see what the final New Frontier Pass DLC pack will be. It’s due to drop at the end of the month, and we’re also expecting a major civ rebalance in the April update, which should be free.

Last week saw the release of another free update that introduced a new optional game mode which revamped how barbarians worked. The playerbase seems to be enjoying it so far, and we’ll bring you our own thoughts on the new mode in the coming weeks.