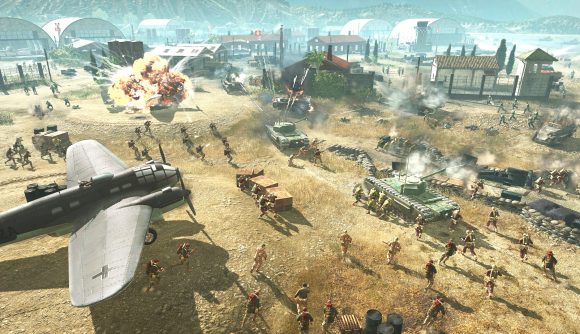 When Relic announced it was bringing back its cult classic RTS game series Company of Heroes for a third outing in Company of Heroes 3, one of the core messages to come out of the initial reveal event was that design had been significantly influenced by the players.

Powered by Amplitude’s Games2Gether initiative, Relic’s own-brand ‘CoH-development’ program (give that person a raise) has led to some significant decisions, such as setting the strategy game in the Mediterranean as opposed to the Pacific. Relic delves more into this collaboration and the effect it’s had in the first of a new series of video developer diaries.

While the broad strokes of what CoH-development is and what it’s doing for the game are largely known already, what’s neat about this video is that not only do you get to see some more alpha footage, it also includes interviews with prominent community members. One veteran, Stormless, talks about his experience helping with the design of a brand new faction, and how rewarding a process it was working with Relic: “There was a really nice response to it. They were very grateful for the effort,” he explains.

What faction he’s referring to, mind, is unclear as right now we only know of the US, the United Kingdom, and Germany as confirmed nations within the game. Here’s the developer diary in full: 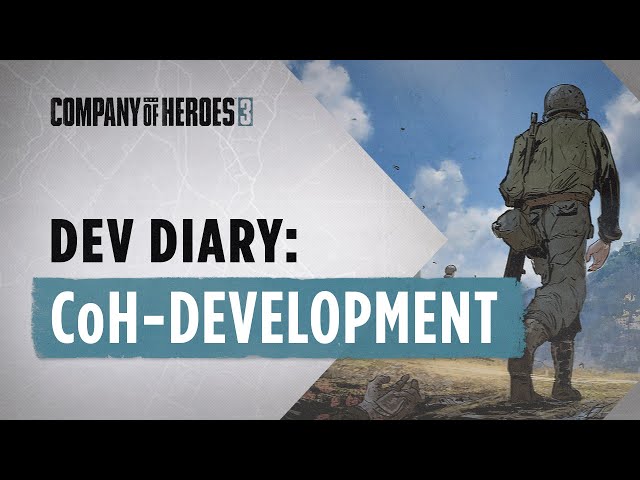 There are more anecdotes as well. A Company of Heroes community caster known as A_E shares his own experience about having feedback listened to regarding UI design. “I felt really involved in the UI design,” he says in the video. “[It] felt like my feedback mattered.”

Kyle Fehr, one of the gameplay designers at Relic, mentions how the studio started collaborating with the community very early. “We gave them a build very early on, within months of us starting to develop and prototype,” he explains. “We playtested with them almost every day.”

Company of Heroes 3 is still a long way out from launch. At the time of the announcement it was reported to be “over a year” from release, which would place it no sooner than autumn or winter 2022. The studio is aiming to provide the “biggest and best” Company of Heroes to-date, with one of the show-stopping new features being the inclusion of a Total War-style campaign layer. Relic’s also working on another RTS titan – Age of Empires IV – which is due a lot sooner on October 28.

More like this: The best WW2 games on PC

Company of Heroes 3 is coming to PC via Steam, and we’ll bring you more information on this game as it comes. If you want to participate in the CoH-development program yourself, you can do so via the link.