International super-policeman Bishop 6 falls through thick snow clouds. Only his outstretched hands, buffeted by air resistance, are visible in front of him. A flash of lightning jams his in-suit HUD momentarily and threatens to throw him off-course, but then the Tower rises from the greyness: a skyscraper several times taller than the neighbouring Gherkin, with long titanium tendrils planted in the Thames.

Bishop engages Iron Man-like thrusters to stabilise his descent in the most stylish possible fashion. Shock-absorbent boots cushion the blow of landing, and he turns to take in the building’s enviro-gothic ornamentation. Looking beyond the buttresses and solar panels via heat-seeking vision, Bishop tags seven or eight guards as ‘potential combatants’.

“Remember, this is your first mission and I want a clean run,” intones Knight 15 over intercom in clipped Queen’s English. “Get in, secure the hostages and neutralise the threat.”

There’s no way it’ll be so cut-and-dry, of course. But how far off the rails things go is up to you. 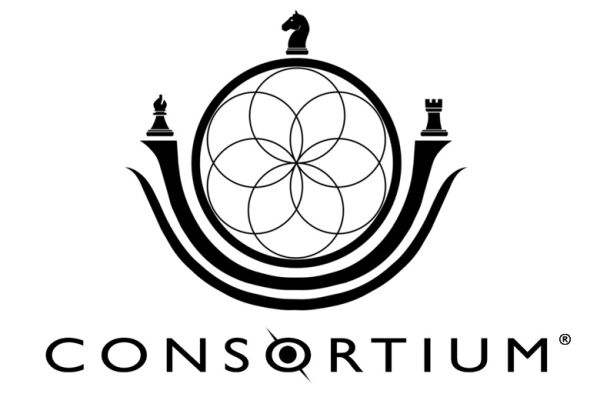 The Tower Prophecy’s predecessor, Consortium, was like Jordan Mechner’s The Last Express reimagined as a Deus Ex sequel: a first-person adventure that plonked the player on a long flight across Eastern Europe, and asked them to navigate a cast of characters to find a murderer.

Its impressive writing makes non-lethal playthroughs an enticing prospect, but its development was complicated.

Interdimensional Games were using the Source engine in a way never intended. Valve’s tools provided for the choreographed conversations the studio wanted – but there’s a reason you never saw tight, well-populated spaces in Half-Life. 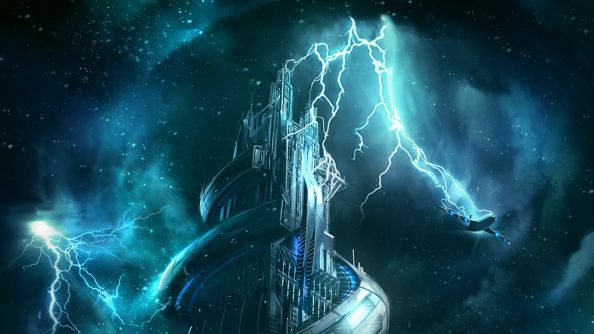 “Huge problems were presented,” said MacMartin. “But now that that’s behind us, we’re way more confident that we can take all these systems and apply them on a much bigger scale.”

Crucially, the team have switched from Source to Unreal Engine 4.

“The main impetus to change engines is that the Unreal Engine is a fast, evolving, heavily-supported, brand new modern engine with powerful scripting systems,” said MacMartin. The relief in his voice is palpable. “It’s so fully-featured it’s insane. It’s been a blast to work with.”

The original Consortium was intended as a microcosm to test complex, interconnected systems – and you’d imagine an engine-swap would involve scrapping that preparatory work. But apparently not: since UE4’s baseline is C++, Interdimensional have literally been able to port the vast majority of their game from Source. They’re not reinventing, but reformatting.

They’ve swapped out Consortium’s plane, too, for a skyscraper in future central London. Think the high-concept high-rises of Dredd or The Raid. The Churchill Tower isn’t just on the Thames, it’s on the Thames – a fancy filtration system that pulls water up from the river and dumps clean liquid back out again. 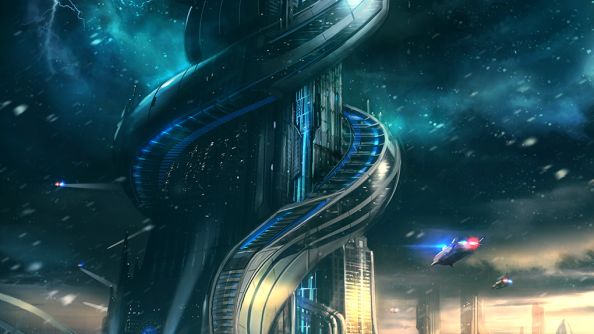 Its top segment – the layer on which you’d ordinarily expect to find condos – is home to a forest of transplanted trees. It’s an environmentalist’s dream, and totally self-sustaining. In fact, the spiralling tubes that snake up the tower’s sides are made of transparent titanium – in the Consortium universe, Earth’s strongest known substance – and could withstand a direct nuclear blast. The improbable tower doubles as a bomb shelter.

All of this is in aid of twisting, unpredictable level design. MacMartin is a disciple of first-person games with their roots in System Shock and Thief. Despite “spikes of inspiration”, he found Deus Ex: Human Revolution’s vent-heavy areas to be “paint-by-numbers” – and cites Dishonored’s vertiginous maps as the key influence.

“You want the player to get lost,” said MacMartin. “The fun of feeling like you’re exploring and taking choices, and you have no idea where you are but you’re loving every moment of it. You’re driven to see more and learn more about what this place is.”

With Consortium’s characters and dialogue groundwork imported over, the trickiest part of the new project will be constructing a tower that convinces as a functional, multi-purposed building – while also remaining readable enough that players can spot opportunities to use their abilities. 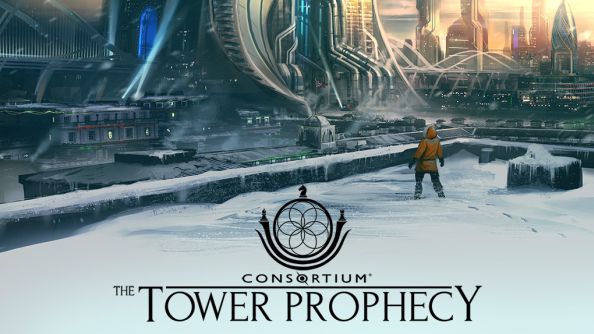 Consortium players are Bishops – global peacekeepers loaded with hundreds of millions of dollars in equipment: tools that enable super-jumping, ledge-grabbing and flight. Some made no sense whatsoever on an aeroplane. MacMartin laughs at the absurdity of it.

“The Consortium Bishop has all these abilities that were barely useable in the first game,” he said. “We’ve designed all those systems and now we’re opening it up.”

The Tower Prophecy will be open enough that players can ignore the bulk of their superpowers if they choose, and specialise in diplomacy instead. Every NPC has an ‘agitation meter’ that gives you a biological indication of how likely they are to start shooting. Bishop 6 can approach a potential combatant to talk them down or offer a bribe – or alternatively avoid them completely.

“You don’t have to engage anybody, ever,” said MacMartin. “In many ways, being a Consortium Bishop is like being an actual police officer. You have the ability to bring out very powerful force, but do you? That’s one of the questions we’re intrigued by.” 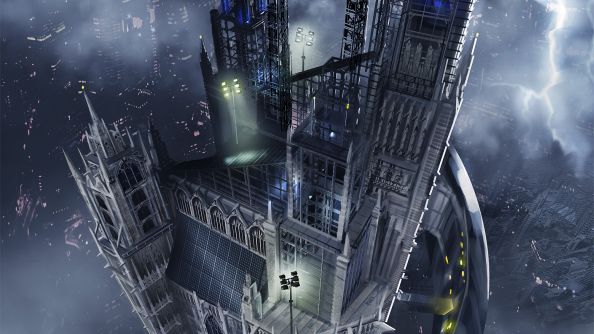 There’s a lot riding on The Tower Prophecy. Though Interdimensional have long since patched it into “really solid shape”, the original Consortium “launched pretty poorly” and hasn’t yet been a commercial success. In hindsight, MacMartin believes the studio should have made use of Early Access. They’ll head to Kickstarter later this year to help fund the rest of The Tower Prophecy.

Interdimensional are optimistic. They’ve a new engine behind them, the successes of Consortium to build on, and a player-driven ethos to guide them. And the Bishop is in the building.

In this sponsored series, we’re looking at how game developers are taking advantage of Unreal Engine 4 to create a new generation of PC games. With thanks to Epic Games and Interdimensional Games.