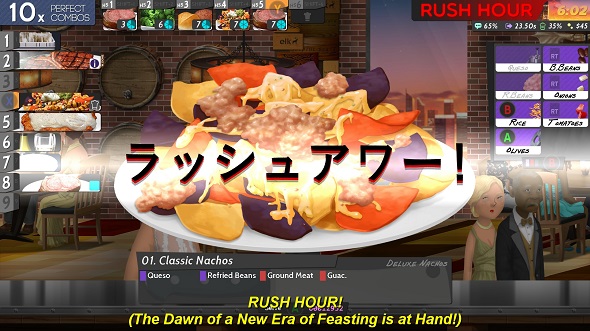 The awkwardly-punctuated restaurant panic simulator Cook, Serve, Delicious! 2!! will be getting a big expansion this summer, its creator says.

If it’s realism you’re after, check out our list of the best simulation games on the PC.

Best of all, the expansion is completely free.

A new expansion is coming to Cook, Serve, Delicious! 2!! “The Barista Update” is coming this Summer with tons of new foods, restaurants, modes and more! Try it at this year’s PAX East Indie MEGABOOTH! Here’s lots more info! Oh and it will be free too! Woo! https://t.co/rW1BCTDWDs pic.twitter.com/NWp0LMhzbN

Galindo says the new content will launch in June, but he’ll be showing some of it off at the Indie Megabooth at PAX East in April. That’s right around the corner, so there’s no time like the present to dust off those cooking fingers.

You can find out more about Cook, Serve, Delicious! 2!! on its Steam page.