Standing just beyond the portal’s threshold in the Corruption of Aurealis, it can be hard to remember you’re looking at something created in a scant three weeks. Pink-leafed trees cast dancing shadows in the bright moonlight as water trickles off the floating island into oblivion below. It’s an adventure created in Core, and one of the entries in a Dungeons & Dragons contest judged today during PAX Online.

Core is currently in open alpha, and it’s a game development platform and framework that takes care of as much gamedev as you need it to do. There’s a library of assets, or you can create and share your own. Whole maps can be used or linked to other players’ worlds, and if you’ve got some scripting experience, you can set up complex routines for NPCs and enemies in your very own RPG games.

The system includes a growing library of free-to-use art, sound, and music assets, and it’s all brought vividly to life in the Unreal Engine – without users having to do any of the technical heavy lifting they’re not ready to take on.

Hundreds of Core creators participated in a contest that developer Manticore Games has run in partnership with Wizards of the Coast. The challenge was to create a Dungeons & Dragons adventure in Core, with the winners to be announced at a PAX panel today. Winning entries split $20,000 worth of prizes, and their dungeons will be explorable by anyone in the free-to-play game, linked to a specially designed hubworld called Corehaven. The contest also provided a special set of D&D-themed weapons, NPCs, props, a character progression system, and more. 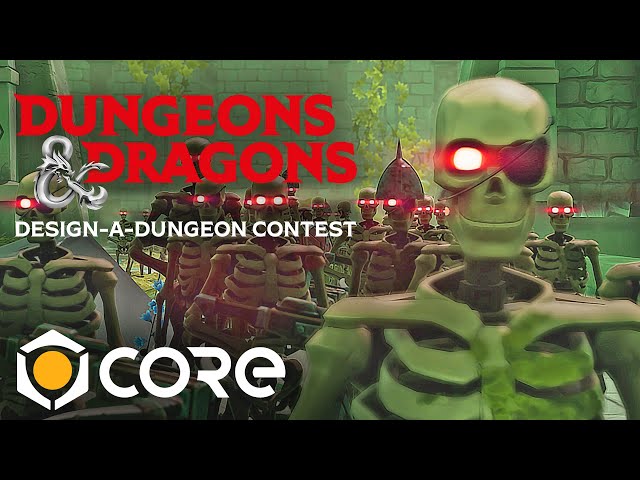 There are some limitations on what you can do in Core just yet. You can’t import custom textures, but that allows the game to load lightning fast – and it’s all handled from a web-based interface that lets creators use URLs from which you can jump straight into a world at the click of a button from your browser.

Core is completely free to use, and we asked Manticore CEO and founder Frederic Descamps about how Manticore plans to manage creators’ rights over the worlds and systems they make. Right now, players can simply decide whether or not they want to share something they’ve created, but Descamps says Core will eventually allow players to set up revenue sharing or to sell assets through a storefront. Alternatively, he said, they’ll be able to share their creations for free but with provisos that require attribution. 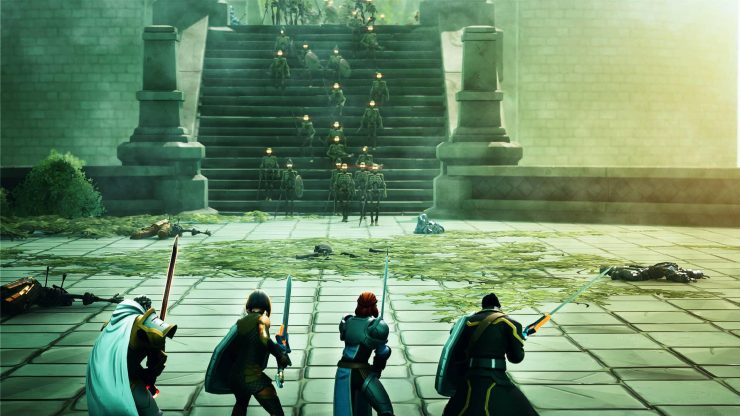 For now though, Core is set up on a ‘share and share alike’ basis, and that’s allowed people from all walks of life to participate in the Design-A-Dungeon contest. One entry that showcased some stunning lighting was made by an art student in Finland, while another was submitted by a woman who had been laid off from her job due to COVID-19 and decided to start learning game development. Core was her first hands-on experience in the field, and between April and August she’d learned everything she needed to be able to create a Dungeons & Dragons game in just a few weeks using the platform and some light Lua scripting.

You can check out Core at the official site. You can browse the winning entries at the contest site, and then jump straight in from your browser once you’ve installed Core.