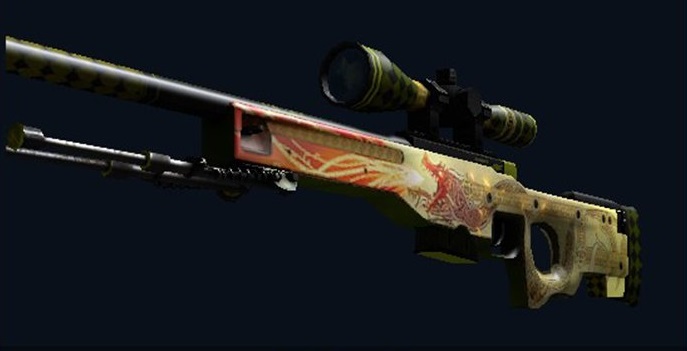 In the immediate wake of the Counter-strike: Global Offensive ELEAGUE Major: Boston, someone purchased a weapon skin for the game’s signature AWP sniper rifle for what could be the most money ever paid for an in-game item.

Check out our list of the best multiplayer games ever made for PC.

The Souvenir AWP Dragon Lore was sold on opskins.com for $61,052.63. It has stickers from PGL, G2 Esports, winning CS:GO pro team Cloud9, and Cloud9’s Tyler “Skadoodle” Latham, the Boston Major’s MVP, according to Dot Esports.

Skins drop for CS:GO viewers during Majors tournaments, and the gold Dragon Lore skins are the rarest. The map being played determines which drops are available, and the player who is named MVP has their sticker attached to the skins that drop. Souvenir editions are rarer still, upping the value even further on resale sites.

But it won’t make the AWP any more effective than it already is, and for $61,000, you could also drive home in a brand new Jaguar F-Type.