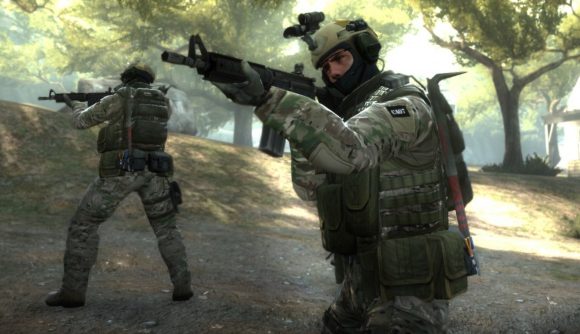 A group of North American Counter-Strike: Global Offensive pros are under investigation from the FBI, according to the Esports Integrity Commission. The ESIC is being assisted by law enforcement on multiple levels in tracking down offenders who fix matches in the FPS game.

Speaking with YouTuber Slash32 (ta, Kotaku), Ian Smith, the commissioner of the ESIC, says the commission is on the trail of “a relatively small but significant group of players.” These pros have been perpetrating what he’d describe as “classic match fixing” in North American tournaments, and the level of organisation, and length of time, has led to involvement from the FBI.

“To some extent we’re working with law enforcement and the FBI, who only recently have had a sports betting investigative unit within the FBI,” Smith explains. “They’re good, but they’re inexperienced, because sports betting has never been a big thing in America until recently, so everybody’s kind of finding their feet on that one.” This is for the North American branch of the ESEA MDL in particular, where esports gambling is relatively new, and laws can vary by state, making it even more difficult.

Some 35 Australian pros were sanctioned in January for breaching the ESIC’s rules on betting, ranging from a one year ban to five years, depending on severity. As Smith explains, match fixing is illegal in Australia so charges may be brought against some select individuals, but we’ll need to wait a while to hear more on that potential development.

“I’m optimistic that we’ll be able to go public with this soon, within the next ten days to two weeks. The betting scandal in Australia where whilst it was a large group of players, there definitely is match fixing there, and we’re working with law enforcement there, it takes a lot longer there once you start working with the police,” He explains. “Fortunately in Australia, these are criminal offences. So getting it all coordinated with the police takes a lot longer.”

You can watch the full conversation below:

Counter-Strike: Global Offensive’s Operation Fang Premier mode went public this week. Have a read of our sister site The Loadout’s guide to getting your first CS:GO rank, if you’re looking to take your playing up a notch.