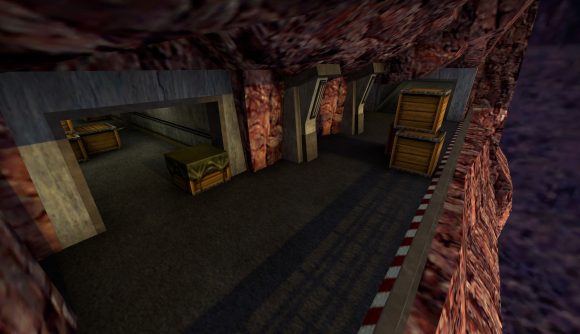 Crack open a nice fresh can of Surge and settle into the glow of the huge 800×600 CRT monitor, because it’s time to relive the glory days of Counter-Strike with Hobbit’s classic bomb defusal map Prodigy. Some form of Prodigy has appeared in every version of Counter-Strike since Beta 4.0, until it was dropped in Counter-Strike: Global Offensive. Now it’s back, thanks to some fastidious map modders.

Prodigy was originally created by Alexander ‘Hobbit’ Manilov, and he started work on the level that would become de_prodigy the same night he was first introduced to Counter-Strike at a LAN party. The map features two bomb locations and is set in a mountain military base of some kind. Terrorists must bomb either the computer lab or a fuel pipeline control room, and the level is a sometimes confusing jumble of corridors and rooms.

The port you can now find on the Steam Workshop is based on the improved version of Prodigy introduced in Counter-Strike 1.6, after Manilov joined Gearbox Software to help work on Counter-Strike: Condition Zero. Modder just sid says this port is almost identical to the 1.6 version, with some minor changes and lighting adjustments.

You can find de_prodigy [1.6] PORT on the Steam Workshop for Counter-Strike: Global Offensive, which is still on our list of the best multiplayer games you can play on PC in 2021. It’s not the only version you’ll find on the Steam Workshop, but the rest are in various states of development and most don’t seem to have the same level of faithfulness to the original textures and overall design.