It has been a long time since we’ve seen Valve release any official Portal content into the world, so a fan of the game has decided to recreate the popular title in another Valve classic, CS:GO, because why not?

Reddit user Ibreathetea posted a video to show how they are progressing through making the mod. In the video (below), you can see the Portal gun in action, the character bouncing on Aperture gel, see how cubes are used to solve puzzles, and also get a glimpse of the fabled cake at the end of the level, perhaps this means the cake isn’t a lie?

The mod still has a few bugs at the moment, and for now, you can only shoot portals at walls that are straight in front of you, though this may be changed at a later date. Ibreathetea has said the mod code is stripped to the bare minimum, so other modders can easily reuse or cargocode it, which means we may see even more Portal-based mods for CS:GO in the future.

As well as taking inspiration from video games, the CS:GO community also creates some pretty fun movie-based content. A fan-made Halloween map came out recently and took inspiration from Friday the 13th and The Amityville Horror series to seriously spook players. 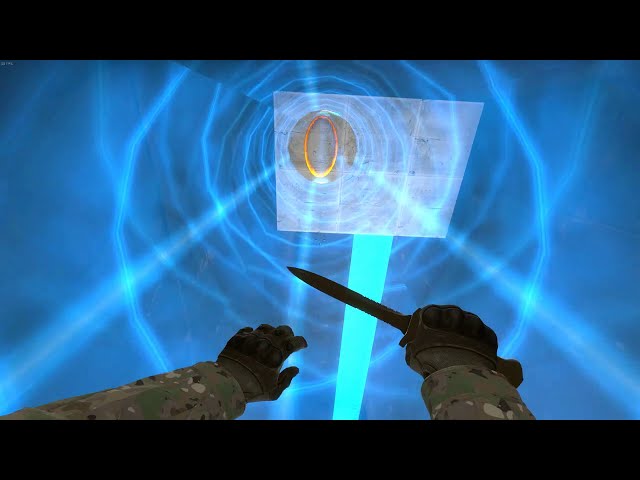 If you are looking to improve your skills, take a look at our CS:GO tips, CS:GO console commands, and CS:GO smokes guides for help.