For a new free-to-play game, there is quite a skill ceiling in Crucible.

Amazon’s new multiplayer game, which blends FPS mechanics with MOBA ones, has a whole host of characters – or ‘hunters’ as they’re called here – each with a different set of abilities and builds. In the absence of fixed roles like tank or healer, players can customise these builds to fit their playstyle via a skill tree, and boy does it work.

Players familiar with tank roles in Overwatch will love the feel of Drakahl and Earl, while more passive players might prefer the likes of Bugg or Tosca. As someone who plays nothing but FPS and battle royale games though, I found myself immediately drawn to Captain Mendoza, the first hunter on Relentless Studios’ long list. The action man, who looks and feels a little like Overwatch’s Soldier: 76, plays exactly how you might imagine. His pulse rifle is easy to control and he can sprint long distances, making his movement feel silky smooth. Even though Mendoza is one of the easiest heroes to use, he’s not necessarily easy to master – something that can be said about most of the hunters in the game.

Like every character Mendoza has a tiered skill tree, through which players can tailor their abilities to fit their playstyle by spending ‘essence’, a currency they must farm and collect. 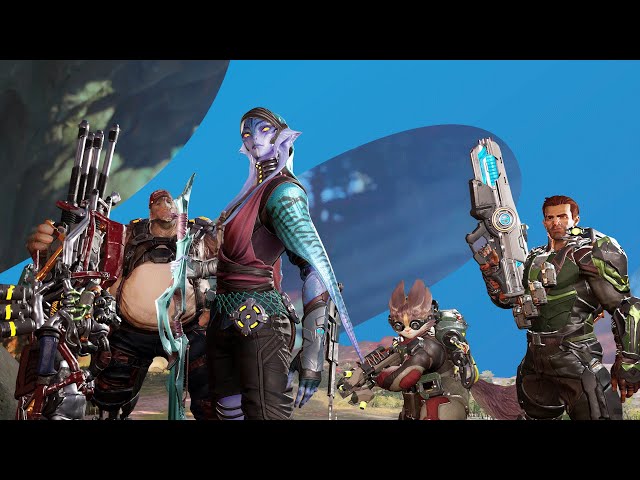 Since I’m quite aggressive on the battlefield, I ditch the default level one upgrade of Teflexton Barrel – which raises Mendoza’s fire rate by 25% and reduces damage falloff – and opt for three flash grenades so I can get up close and personal with my opponents. My level three upgrade is an improved med kit, and at level five I pick an upgrade that gives the first six shots I fire increased damage. I had other options, of course, but the level system means that Mendoza really turns into the beast I thought he could be very quickly.

Mendoza is a great all-rounder, but struggles against tankier hunters; team composition makes the difference in Crucible

As many League of Legends and Dota 2 players will know, champions are made by the items they have, and the same is true for Crucible. Yes, you’ll need to farm creatures in the early stages of the game to get your hunter to where they need to be, but once you’re there and you’re comfortable, you should really start to find your groove.

That isn’t to say the game is easy, though. While gaining levels means your hunter becomes stronger, you’re still going to come across stumbling blocks depending on the mode you’re playing and the opposition you’re facing. Captain Mendoza is a great all-rounder, but I still struggle against some of the tankier hunters, like Earl and a high-level Tosca. Crucible is a team-focused hero shooter at the end of the day, and my experience really hammers home the point that your team’s composition can mean the difference between life and death. 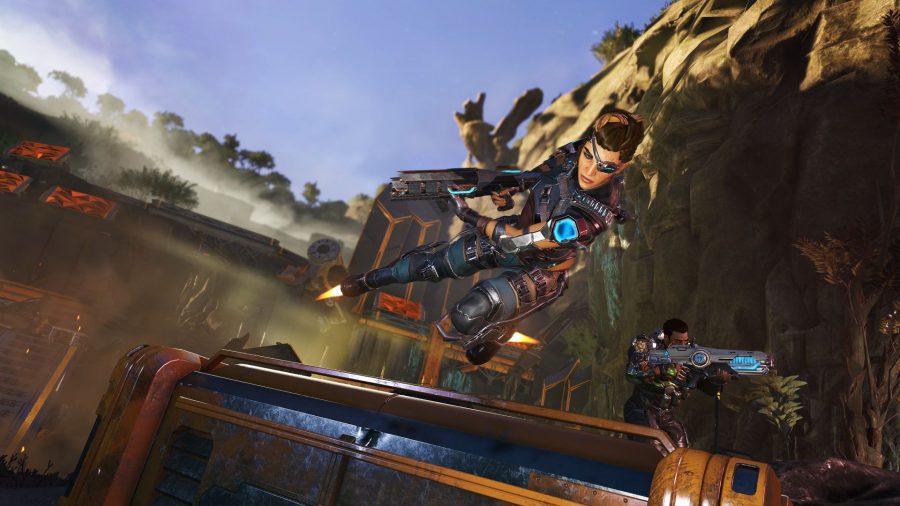 While I find some hunters pretty tough, in most Crucible game modes my teammates, who were playing a range of hunters from Earl, to Drakahl, and Sazan, mean that we can tackle team fights without the risk of being picked off one by one. I was told by one developer that this won’t always be the case, though: players will need to spend time working on their understanding of the game if they want to know which hunters and builds are suited to certain situations. Since you lock in hunters before a game – and you can’t flex – you’ll only have a short window of opportunity to tailor your build around the opposing team before a match starts. It’s this tactical side of the game that will help keep it fresh for weeks and months to come.

Need to know more? Check out our Crucible gameplay preview

I played Mendoza for Heart of the Hives and Alpha Hunters, where two teams of four battle it out to become the first team to secure three hearts, but I opt for Sazan for Harvester Command, Crucible’s more casual mode that’s a bit like Call of Duty’s Domination mixed with Team Deathmatch. It turns out Sazan is one of the hardest hunters to learn, purely because – just like League of Legends’ Aphelios – she can cycle through multiple weapons during a game. The one woman army has an inertia gun, a shotgun, and an electro knife, and in order to use any of them for a second time, you must switch to another weapon. This means players must be more tactically minded when it comes to engaging others. 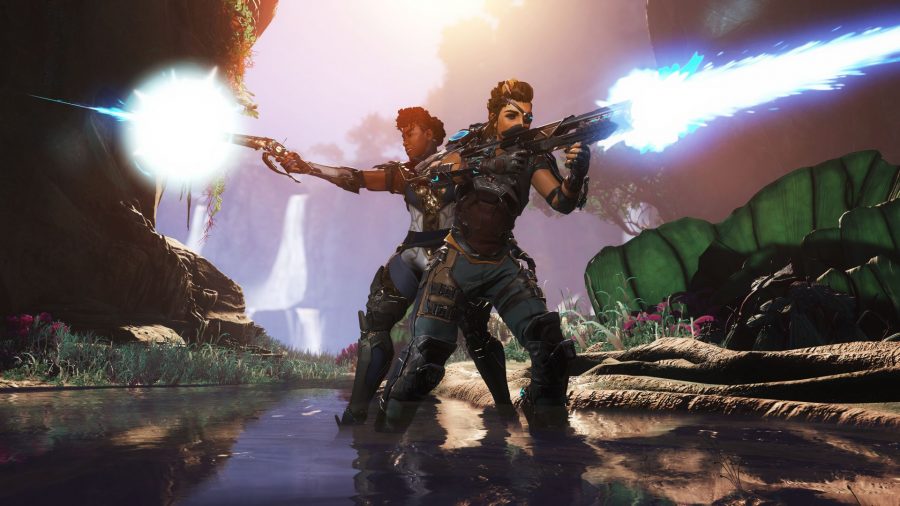 Her skill tree can improve her scouting abilities, or her weapons or health. For my Heart of the Hives build, I opt to get a small health boost every time I switch my weapon, a more accurate shotgun, and more energy (ammunition). This means that when I go into battle, Sazan is accurate and can deal the final blow on enemies who get a little too close for their own good. Unlike Mendoza, Sazan is quite vulnerable in the early stages of the game, but becomes a formidable opponent in the later stages when I’ve been able to collect enough essence – a bit like an ADC in a MOBA.

Although Mendoza and Sazan have largely different abilities, I play them both aggressively, and the differences are subtle. Mendoza is so agile that I can run into an ongoing fight, create havoc, and retreat with ease, but with Sazan I need to be more careful. Her weapons chuck out a lot of damage, but I have to pick and choose my battles. Partnering with a tankier ally like Earl enables me to enter fights knowing my back is covered by a machine gun 50 metres behind me, so I can take on enemies with a close-quarters weapon like a knife or shotgun.

Even though my playstyle fits Captain Mendoza’s build more generally, I find myself having more fun with Sazan. Her complex abilities are something I would normally stay away from, but I can imagine, with time and patience, that she could become the ultimate aggressive gladiator in Crucible’s space arena.

But I’m aware not everyone plays hero shooters as haphazardly as me. If there’s something I gleaned from the short time I spent playing Crucible, it’s that there’s a hunter for everyone. There might not be roles, but the abilities and the skill trees mean that every Crucible player has the real chance to make an impact on a game in their way, on their terms – and there’s something quite special about that.